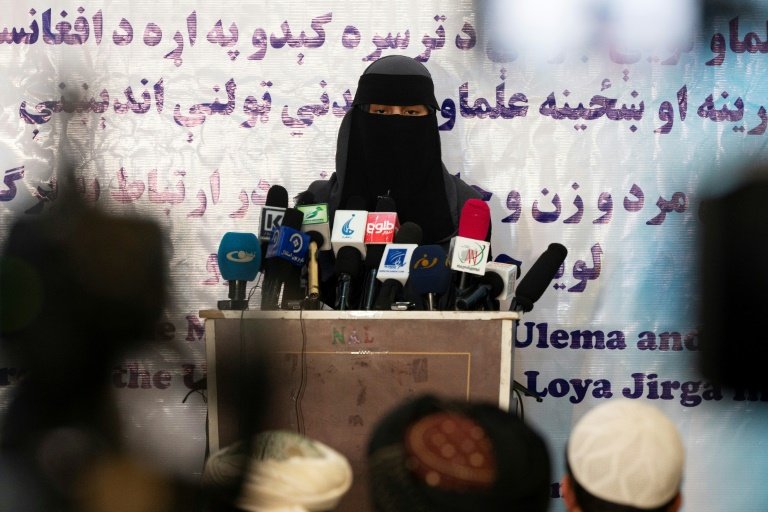 Hundreds of religious leaders and "people of influence" from around Afghanistan have been summoned to the capital to attend a three-day grand council in support of the country's Taliban rule.

Officials are providing scant details of the men-only meeting starting Wednesday, a week after a powerful earthquake struck the east of the country killing over 1,000 people and leaving tens of thousands homeless.

A Taliban source told AFP that criticism of the regime would be allowed and thorny issues such as the education of girls, which has divided opinion in the movement, would be discussed.

"The meeting will seek views of scholars on the performance of the Islamic Emirate," a Taliban source told AFP, referring to the group's name for the country.

"The participants will be allowed to point out anything which has dented the IEA image -- they can even make complaints."

The meeting is described locally as a "jirga", a traditional gathering of influential people that discuss problems and settle differences by consensus.

Even before the quake, the Taliban were struggling to administer a country that had long been in the grip of economic malaise, utterly dependent on foreign aid that dried up with the overthrow of the Western-backed government in August.

Taliban officials insist their rule is nationally popular, but they have re-introduced a harsh version of Islam that characterised their first stint in power -- specifically clamping down on the rights of women.

Secondary school girls are barred from education, while women have been dismissed from government jobs, forbidden from travelling alone, and ordered to dress in clothing that covers everything but their faces.

"As per my information, the participants of the meeting will hold a detailed discussion on school education," the Taliban source said. 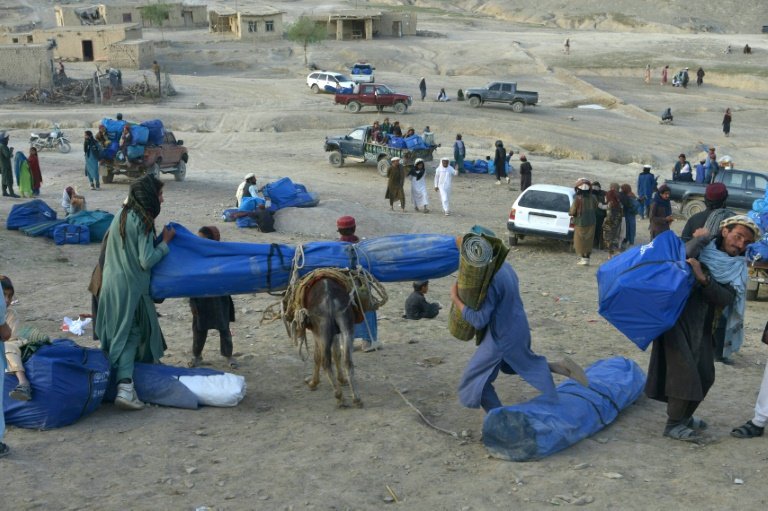 A donkey is loaded with a tent in Spera district, hard-hit by last qweek's 5.9-magnitude earthquake / © AFP

A letter from the prime minister's office seen by AFP said each district in Afghanistan should provide three delegates to the council.

It said they must have a good religious education, credentials for jihad -- fighting for Islam -- and a reputation in their respective fields.

"Two of them will be religious scholars and the other a person of influence," the letter said.

Afghanistan has over 400 administrative districts, meaning the gathering will be the biggest leadership collective since the Taliban returned to power in August last year.

The Afghan Women's Peace and Freedom Organization said the male-only gathering could not be representative.

"There should be Afghan women," official Halima Nasiri told AFP after a press conference by the group.

"If there are no Afghan women in the loya jirga (grand gathering), then no doubt, their decisions would be unjust and unacceptable for Afghan women and girls."

Afghan media is abuzz with speculation that Taliban supreme leader Hibatullah Akhundzada -- who has not been filmed or photographed in public since the group returned to power -- may attend the gathering.

Only a handful of unverified audio recordings of his speeches have been released since August from Kandahar, the Taliban's birthplace and spiritual heart.

The Taliban have become increasingly sensitive to criticism and on Tuesday government spokesman Bilal Karimi dismissed as "false information and propaganda" a Gallup global survey that said Afghans were the saddest people in the world, with the least enjoyment from life.

"A majority of Afghans feel safe and happy since the Taliban takeover," he tweeted.

Gallup said the country's score on the Positive Experience Index was not only a new low for Afghanistan, but also a new low for any country surveyed over the past 16 years.

"The percentage of Afghans who said they felt enjoyment, smiled or laughed, learned something interesting, or felt well-rested the previous day all dropped to new record lows," it said.