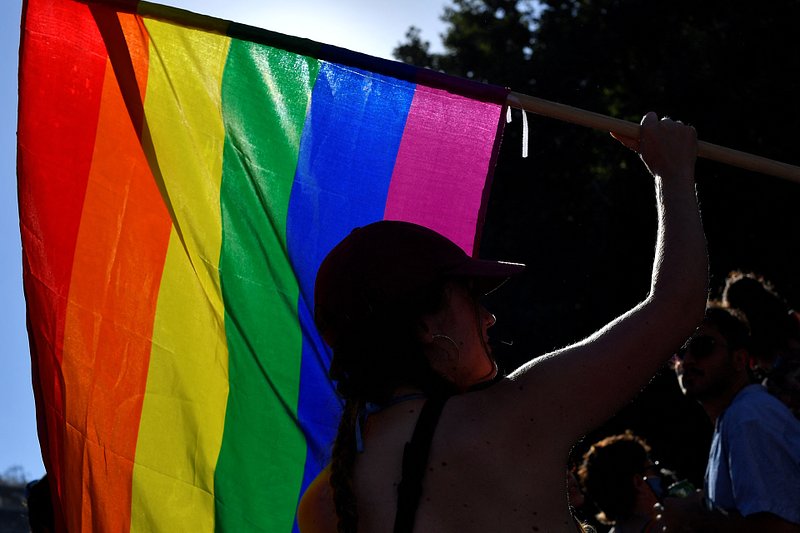 A participant holds a rainbow flag during the LGBTQ+ Pride parade in Barcelona on June 25, 2022. / © Pau BARRENA / AFP

Spain's government advanced a transgender rights bill Monday to present to parliament this summer allowing anyone over 16 to easily change gender on their ID documents.

The move comes on the eve of International Pride Day and if adopted, the legislation will make Spain one of the few countries in Europe to permit gender self-determination.

"We have approved the second reading of the trans and LGBTI rights law which will now be brought to parliament before the summer," said Equality Minister Irene Montero after the cabinet approved the bill.

"We are once again at the forefront and an international reference in defence of LGBTI rights and, in particular, in defence of the rights of transgender people," she said of the move to stop categorising trans-related conditions as mental and behavioural disorders.

First approved a year ago, the proposed law means any Spaniard over 16 "will be able to apply to change the sex of their entry in the civil registry office".

They will also be able to change their given name.

The bill effectively simplifies the procedure for changing gender on official identity documents, allowing the applicant to request the change on the basis of a simple statement.

It drops the requirement for a medical report attesting to gender dysphoria or proof of hormonal treatment.

Under the new law, the re-registration procedure must be completed "within a maximum of four months," she said.

A court in the northwestern region of Galicia earlier this month approved a gender change request from a nine-year-old who wanted to be identified as a male instead of female on identity documents.

The child already has "a boy's name" and has "for years... thought, behaved and felt like a boy," the court said in a ruling dated June 10 which was made public on Monday.

The draft bill approved by cabinet on Monday allows those as young as 12 to make the change but only under certain conditions.

And it will also mean trans children under 12 will "be able to change their name on their ID card," she said, without saying how such a procedure would work.

"We want to send a very clear and forceful message: that LGBTI lives matter," she said.

The bill also includes a new section on transgender migrants, who will have the right to change their gender "on documents issued in Spain if they are not guaranteed their rights as transgender people in their country of origin".

The legislation bans conversion therapies, promotes non-discrimination against LGBTI people in the workplace and seeks "to advance the inclusion" particularly of transgender women who tend to be disproportionately affected.

The worst offences, such as denying someone access to a bar or swimming poo, or subjecting them to conversion therapy, carry a penalty of between 10,001 euros to 150,000 euros, she said.

According to the LGBTQ rights group ILGA, at least 25 UN member states "allow for legal gender recognition without prohibitive requirements", although only around 15 let people change their status on the basis of a simple declaration.

In some countries, the process can take years and may include requirements such as a psychiatric diagnosis, hormone treatment, gender reassignment surgery or even sterilisation.