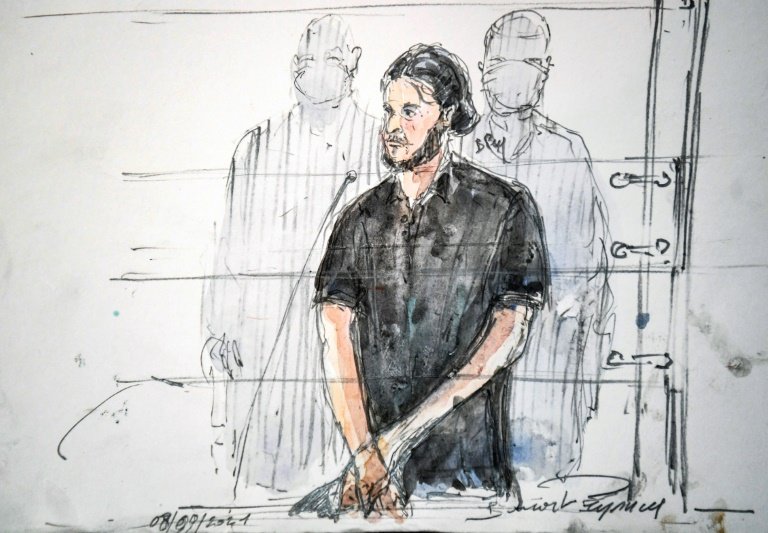 During the nine-month trial stemming from France's worst ever terror attacks in November 2015, the moment hundreds of victims were hoping for came late in proceedings.

"I'm going to explain myself because it's the last time that I'll have the opportunity to do so," said Salah Abdeslam, the sole surviving Islamic State jihadist from the group that attacked the Bataclan concert hall and other targets in the French capital.

Spoken in the defendants' glass box in April, the words sent tremors through the courtroom where victims and their families had been ever-present during the hearings.

Those caught up in the carnage of November 13, 2015, had expressed different hopes for the trial, the biggest in French history which comes to climax this Wednesday when verdicts are expected.

Many survivors thought that by taking part, it would help them to heal psychologically. Others felt a deep desire for justice to be served, even though most of the attackers were dead.

And many more hoped for clarity: why had 10 young men from Muslim backgrounds, most of them born in Europe, slaughtered 130 people as they enjoyed themselves on a Friday night?

"We come here because we're trying to understand things which are completely irrational," a widow of a victim, who asked not to be named, told AFP as she headed into court in October. 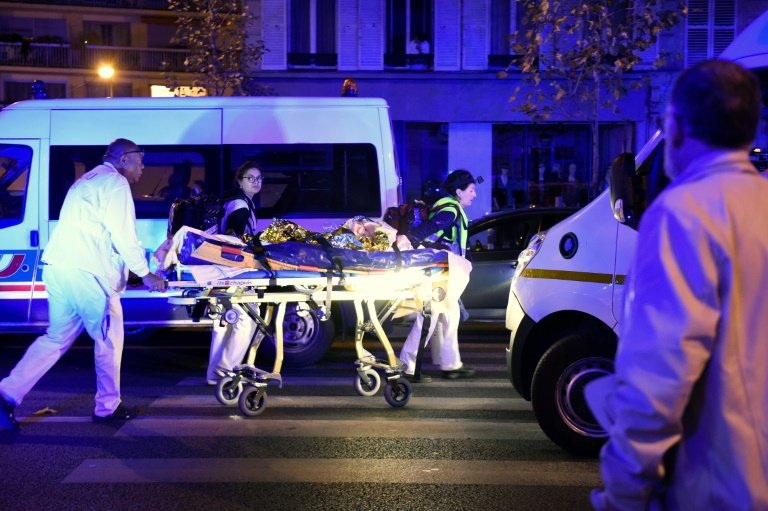 Rescuers evacuate a victim close to the Bataclan following the attack on November 13, 2015 / © AFP

She also hoped to meet people "who saw my husband just before he died," she added, her voice catching in her throat.

The attacks on the national sports stadium, bars in bustling neighbourhoods, and the Bataclan were the worst peace-time atrocity in modern French history.

The trial opened on September 8 and has been held in the specially built courtroom in central Paris -- an airy wood-framed construction, with chairs and benches for 550 people.

For some, the desire for explanations seemed in vain.

Abdeslam "thinks he's a star, he teases us, keeps quiet, enjoys the reactions he provokes," one of the prosecution lawyers, Nicolas Le Bris, said angrily in late March.

Two weeks later, the main suspect, wearing a striped t-shirt and blue jacket, appeared to have a change of heart.

"All these people in here need my responses. I can't promise anything, but I'll do my best," said the 32-year-old, who had refused to cooperate during his six years behind bars.

The Belgium-born son of Moroccan immigrants recounted what he said was his role in the attacks that sent shockwaves through France and Europe.

During a meeting in Belgium, where the IS cell was based, he had been asked to take part in the attacks two days beforehand by the ringleader, Abdelhamid Abaaoud, a long-time friend.

During the assault, which was coordinated from Syria, Abdeslam's role was to blow himself up in a cafe in a fashionable area of the 18th district of northern Paris. 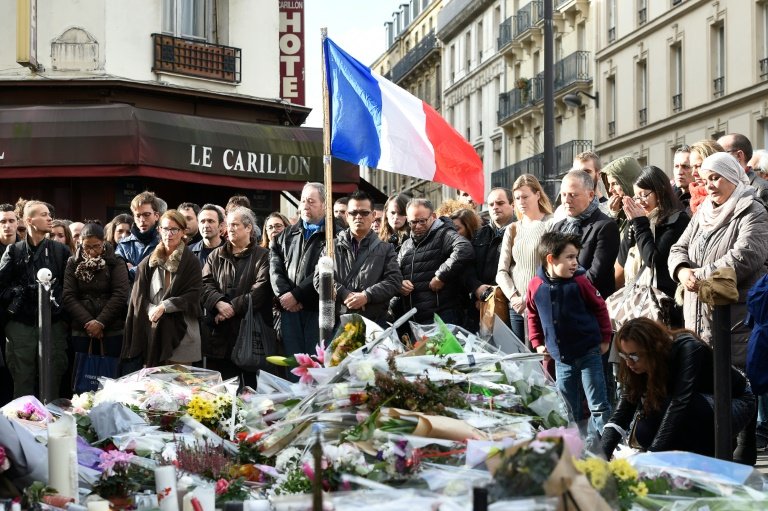 People pay tribute to the victims of the terror attacks as they gather at a makeshift memorial outside Le Carillon cafe in Paris, on November 16, 2015 / © AFP

Before this, he would drive three suicide bombers to the Stade de France where France was playing Germany in a football game attended by then-president Francois Hollande.

But when he arrived in the bar, he had a change of heart, Abdeslam claimed.

"I go into the cafe, I order a drink, I look at the people around me and I say to myself 'no, I'm not going to do it'," he told the court.

A few kilometres to the southeast, his older brother Brahim embraced his mission, gunning down young people in cafes before blowing himself up.

A third group of jihadists ran into the Bataclan during an Eagles of Death Metal concert, shooting indiscriminately. Ninety people died there.

After his alleged change of heart, Abdeslam said he travelled to the south of Paris before calling some friends in Brussels to come to pick him up.

He went on the run for four months before being found by Belgian police in his home neighbourhood of Molenbeek in the Belgian capital, living close to his family.

The apparent breakthrough moment in court raised as many questions as it answered -- and Abdeslam refused or evaded follow-ups.

Prosecutors had detailed how his suicide belt, later found by police, had in fact been defective.

This was a more likely explanation of why he had not detonated, they said.

He had booked cars and rooms for fellow attackers in his own name in Paris, a lack of precaution suggesting he did not intend to survive.

And in handwritten letters found afterwards, including to his sister, he justified the attacks on "sinners" and regretted that he had not ended up among the "martyrs".

When asked in court, he wouldn't give the name of the bar he visited, or explain why he had acted alone while the other attackers were in threes.

"I changed my mind out of humanity, not out of fear," he insisted.

"A fairy tale," the head of a victims' association said afterwards.

Two days later, a weeping Abdesalam presented his "condolences and apologies" in court.

"I know that there is still hate... I ask you to hate me with moderation," he pleaded.

Had a man who began the trial dressed in black and defiantly giving his profession as an "Islamic State fighter" been affected by the months of heart-wrenching testimony?

Or was he trying to save his skin, having told the court of his suffering in solitary confinement and fearing a lifetime behind bars?

The trial has been unprecedented for France in scale and complexity.

The investigation took six years and its written conclusions stretch to 53 metres (174 feet) when lined up. 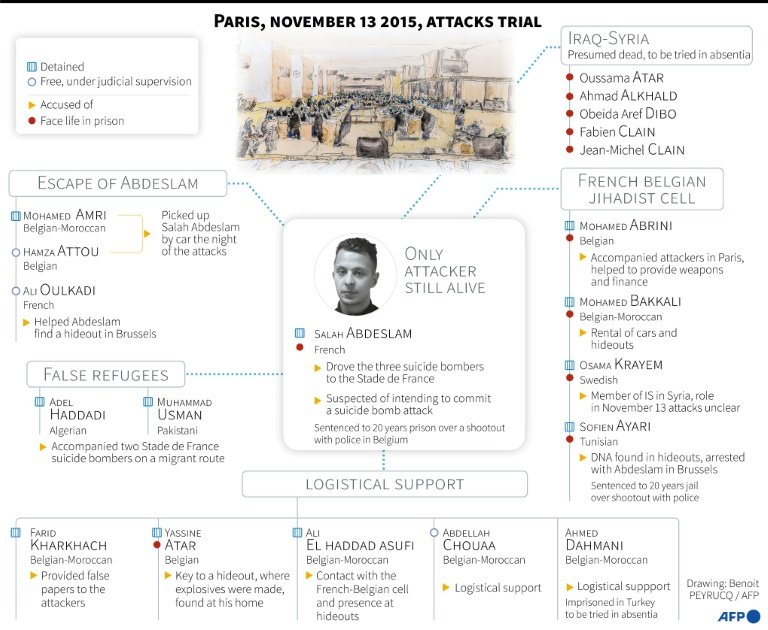 Apart from Abdeslam, 19 others are on trial, including other suspected members of the Brussels-based Islamic State cell, and people accused of offering logistical support.

But the time given over to victims to testify has also set the trial apart, lending it at times the sense of a mass therapy session.

"I needed to feel the Bataclan, hear the bullets, the smell," bereaved father Stephane said after witness statements in October.

He had been able to imagine what his son Hugo "felt that evening", he said.

The filming of proceedings for the national archives -- recordings in French courts are usually banned -- means the trial will serve as a historical resource.

"When you take part you hear about everyone else's stories, what they suffered, what they lost," David Fritz Goeppinger, a hostage in the Bataclan, told AFP recently.

In their concluding arguments, prosecutors condemned Abdesalam's display of emotion in court as a cynical ploy to encourage leniency from the five magistrates who will decide his fate.

By taking part in the operation he had "the blood of all the victims on his hands," they said.

Though his guilt as a participant is not in doubt, the judges will have to decide whether to agree to prosecutors' demands for a life sentence without the possibility of parole.

Much will hinge on whether they believe the one-time drug dealer who never once condemned Islamic State's atrocities is capable of remorse and poses a threat for the rest of his days.

Arthur Denouveaux, head of the Life for Paris survivors' group, said that after eight gruelling months people were now fed up.

"I'm not that interested in the verdicts in themselves. It's really about saying 'that's it. It's behind us. The justice system has done its work, we can move on'," he told AFP.