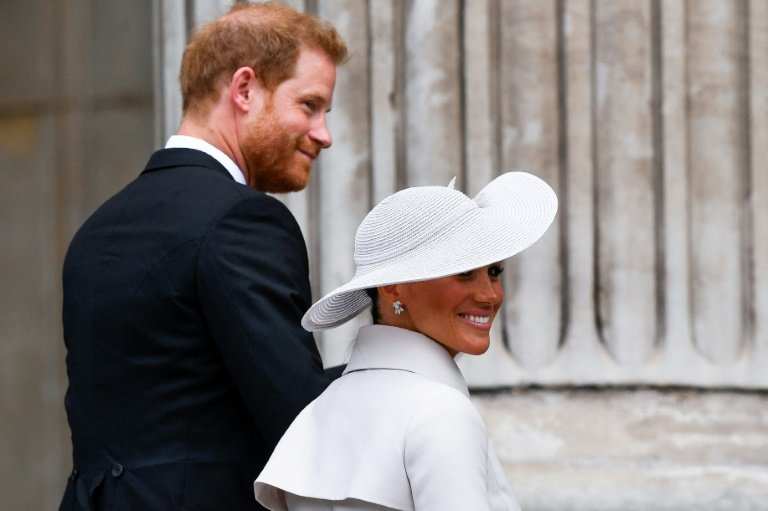 Prince Harry and his wife Meghan on Friday joined the royal family for their first public appearance in Britain in two years, at a Platinum Jubilee service for Queen Elizabeth II's record-breaking 70 years on the throne.

But the 96-year-old monarch was a noticeable absentee, pulling out after making two public appearances on the Buckingham Palace balcony on the first of four days of celebrations on Thursday.

In the evening, she was also at Windsor Castle for a ceremony to light beacons across the country and the Commonwealth of 54 nations that she also heads. 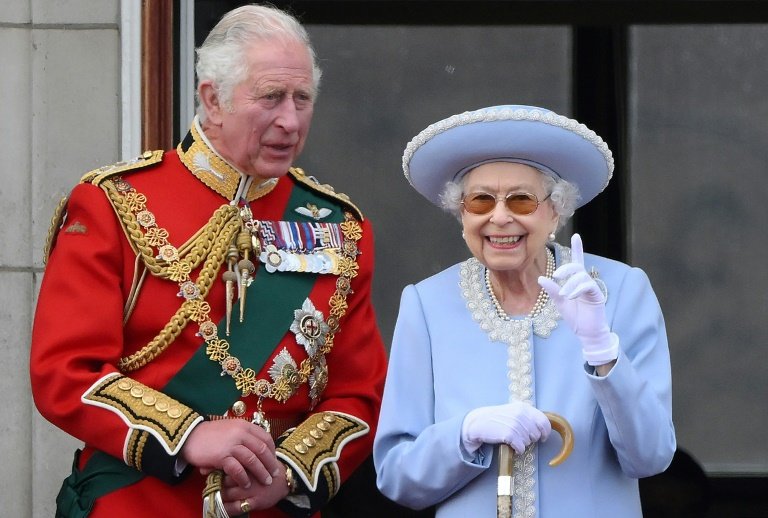 Royal officials said the appearances had left her in "some discomfort" and on Friday confirmed she will not attend the showpiece flat-racing event The Derby at Epsom on Saturday.

The queen, a keen horseracing fan and breeder, has only missed The Derby three times in her reign, most recently in 2020 when spectators were barred due to Covid.

She has increasingly battled difficulties standing and walking since last October, when she made an unscheduled overnight stay in hospital. 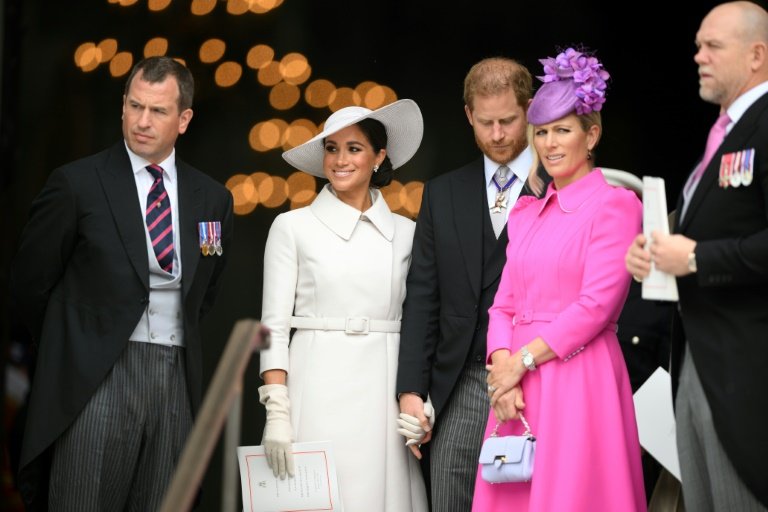 A rash of cancelled engagements has stoked concerns about her health, focusing attention on the succession and the future of the monarchy without her.

There will now be questions about what other events she will attend at the celebrations, which include a pop concert on Saturday and a huge public parade on Sunday.

At the service at St Paul's Cathedral in central London, the Church of England's second highest ranking cleric, Archbishop of York Stephen Cottrell, thanked the queen for "staying the course". 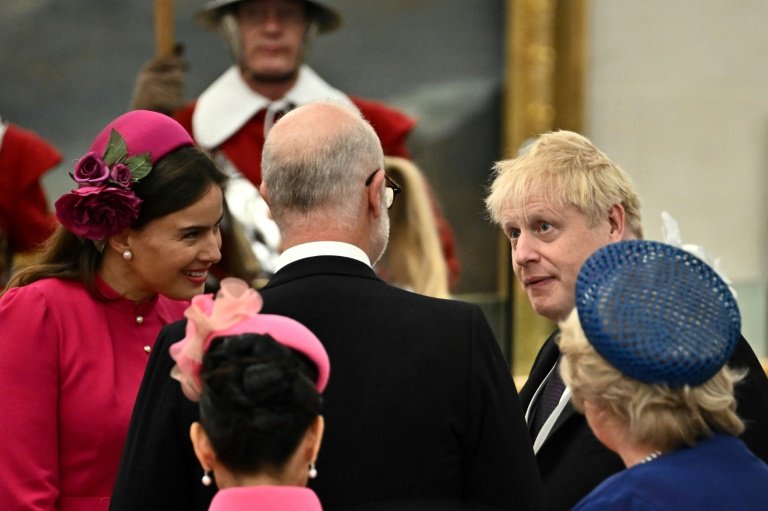 At the service, Archbishop of York Stephen Cottrell, thanked the queen for 'staying the course' / © POOL/AFP

"Your long reign reflects the distance of Aintree rather than the sprints of Epsom," he told the congregation, referring to the Grand National jumps course near Liverpool.

"We are sorry that you are not here with us this morning but we are so glad you are still in the saddle and... that there is still more to come."

Outside the domed 17th century cathedral, royal fan Stephanie Stitt, 35, said she was "a little" disappointed the queen had withdrawn.

But the events manager added: "It's understandable because she's 96." 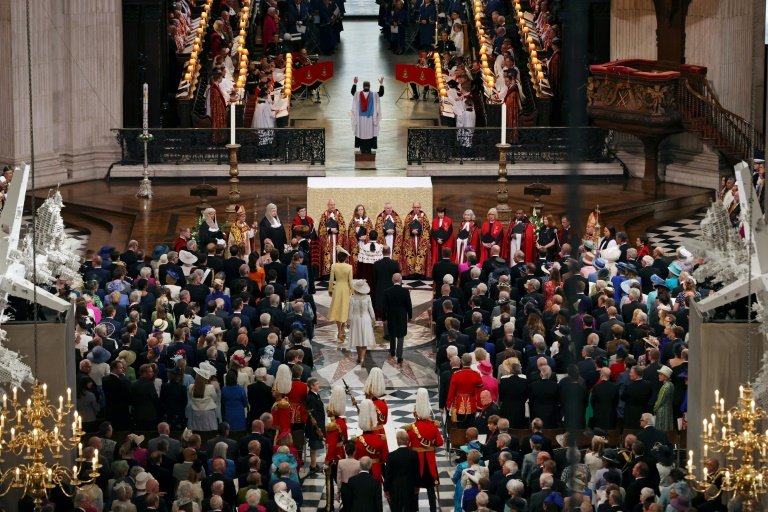 The queen's heir, future king Prince Charles, 73, was again the most senior-ranking royal. He stood in at Thursday's Trooping the Colour military parade to take the salute from troops on horseback.

The 2,000-strong congregation included some 400 health and social care staff, invited to give thanks for their work during the Covid pandemic and all five living former prime ministers.

The current incumbent, Boris Johnson, is battling a soaring cost of living crisis and damaging lockdown-breaches in Downing Street, and was booed by the crowd as he arrived. 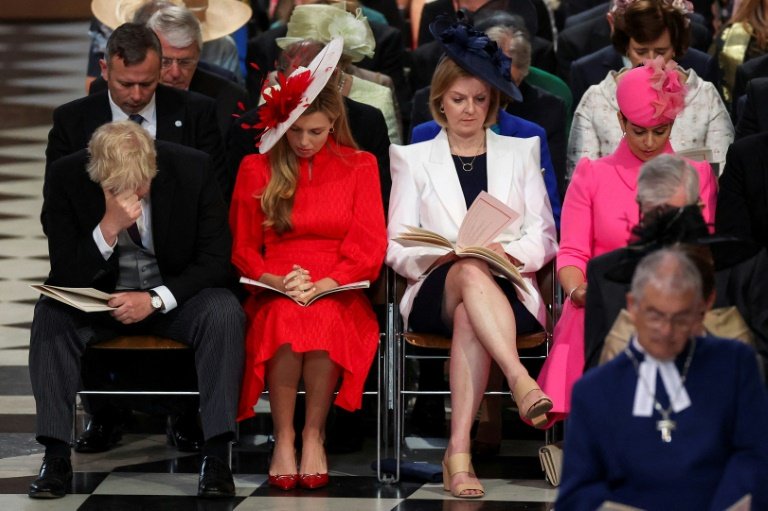 Prime Minister Boris Johnson, battling a soaring cost of living crisis and threats to his position, was booed as he arrived and left / © POOL/AFP

The Bible readings, prayers and hymns were designed to reflect on and recognise what the palace said was the queen's "lifetime of service".

Harry and Meghan, formally known as the Duke and Duchess of Sussex, arrived mostly to cheers from the crowd outside St Paul's Cathedral. 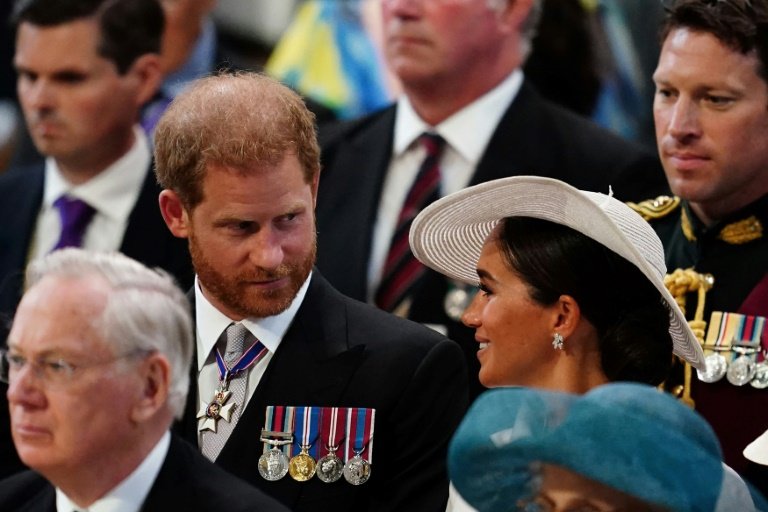 Harry and Meghan quit royal life in early 2020 and moved to the United States, sending shockwaves through the royal family / © POOL/AFP

They took their seats on the opposite side of the aisle to Harry's brother William and his wife Kate, for the Anglican service which ended with trumpet fanfares and the national anthem "God Save the Queen" plus a rare peal of the country's biggest bell, Great Paul.

As young boys, William and Harry provided the most enduring image of their mother Diana's funeral in 1997, walking behind her coffin after her death in a Paris car crash.

But Harry said in an October 2019 interview that he and William, 39, were on "different paths", apparently confirming a rift that opened up after he began dating Meghan. 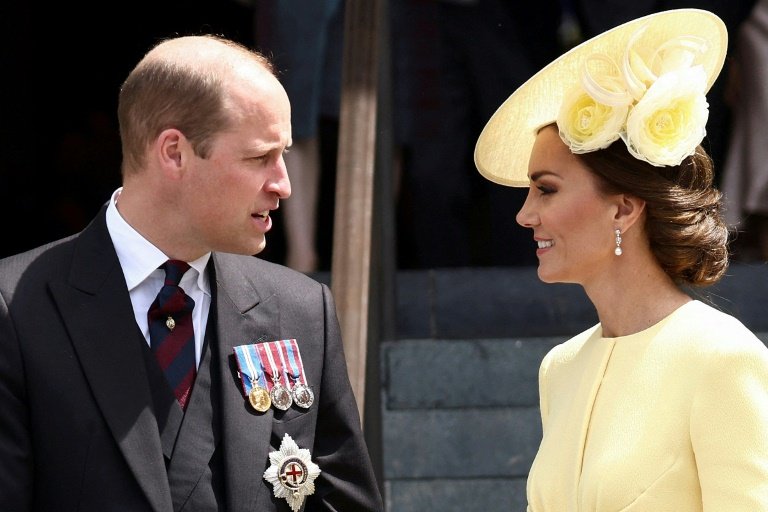 The pair were last seen in public at the unveiling of a statue to their late mother princess Diana in July 2021, and at the funeral of their grandfather, the queen's husband Prince Philip, that April. 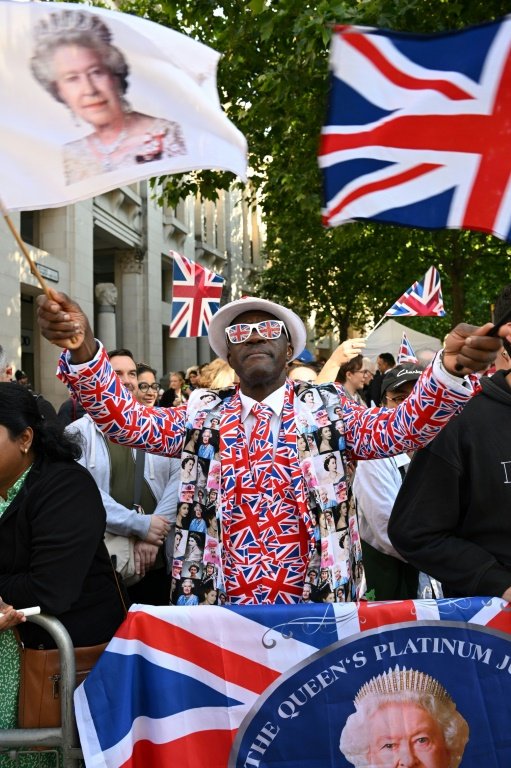 Harry and US television actress Meghan, who is of mixed race, were once hailed as the modern face of the ancient institution after they wed in 2018.

But less than two years later they quit royal life and moved to the United States, launching a series of damaging broadsides, including of racism.

The couple have set up a charitable foundation but angered royal supporters for lifting the lid on royal life in a bombshell television interview.

A recent YouGov poll indicated nearly two-thirds (63 percent) of the British public hold a negative view of them -- an all-time low.

"I think they should probably just stay in the background," said surgeon Roger Nagy, 51, who flew in for the celebrations from Denver, Colorado.

"They can do what they want with their lives but they probably shouldn't say things. This is about the queen, this isn't about them," he added.