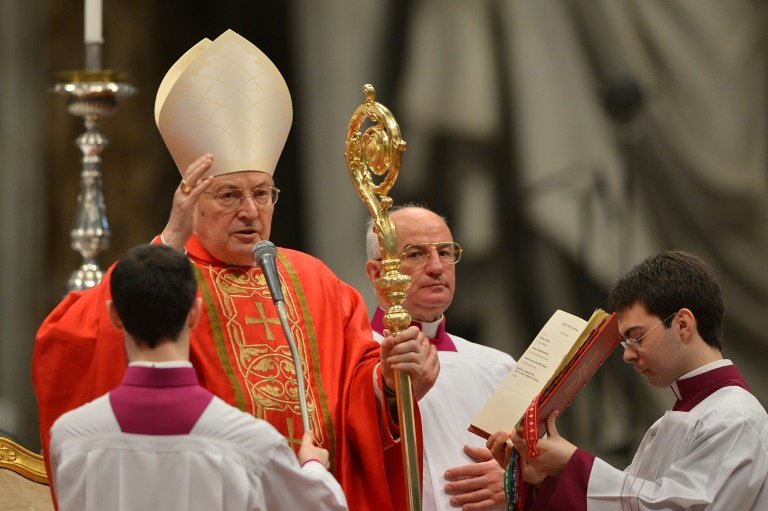 Italian cardinal Angelo Sodano, right-hand man to former popes John Paul II and Benedict XVI, has died at the age of 94, the Vatican announced on Saturday.

The Vatican power-broker cut a controversial figure in recent years, linked to many controversies, but wielded great influence over the church under the two popes in the 1990s and 2000s.

Pope Francis paid tribute to "this esteemed man of the Church, who fulfilled his priesthood with generosity... in the service of the Holy See," in a telegram addressed to the family and published by the Vatican.

Sodano died on Friday in Rome where he had been hospitalised since May 9 after testing positive for Covid-19, according to the official news website Vatican News.

The Vatican did not provide details on his cause of death.

His funeral will be held on Tuesday at St Peter's Basilica, with Pope Francis attending.

John Paul II made Sodano his second-in-command when he named him secretary of state in 1991. Sodano accompanied him on around 50 foreign trips.

After Benedict XVI's appointment in 2005, Sodano stayed in the post until September 2006.

The then pope also approved Sodano's election as Dean of the College of Cardinals in 2005, remaining in the post at the time of Benedict XVI's resignation in 2013.

Pope Francis then accepted Sodano's resignation in 2019 after he garnered criticism over his support for priests accused of wrongdoing.

Maciel lived for years with a woman with whom he had a child and was also accused of having sexually abused children and seminarians. He died in 2008.

Sodano was also one of the central characters of French journalist Frederic Martel's book, "In the Closet of the Vatican: Power, Homosexuality, Hypocrisy", which referred to the cardinal's lifestyle in Rome and his links to Chilean dictator Augusto Pinochet during his time in Chile.

Born on November 23, 1927, Sodano was the second of six children in a family living in the town of Isola d'Asti in Piedmont region, northwestern Italy. His father was a lawmaker between 1948 and 1963.

Sodano studied theology and canon law and was ordained a priest in 1950.

He then began a diplomatic career with the Vatican in 1959 with several posts abroad, especially in South America.

In 1977, the then pope, Paul VI, appointed Sodano as apostolic nuncio in Chile.

He also previously served in Ecuador and Uruguay. He returned to Rome in 1988 before taking on a role similar to that of foreign minister in 1989.