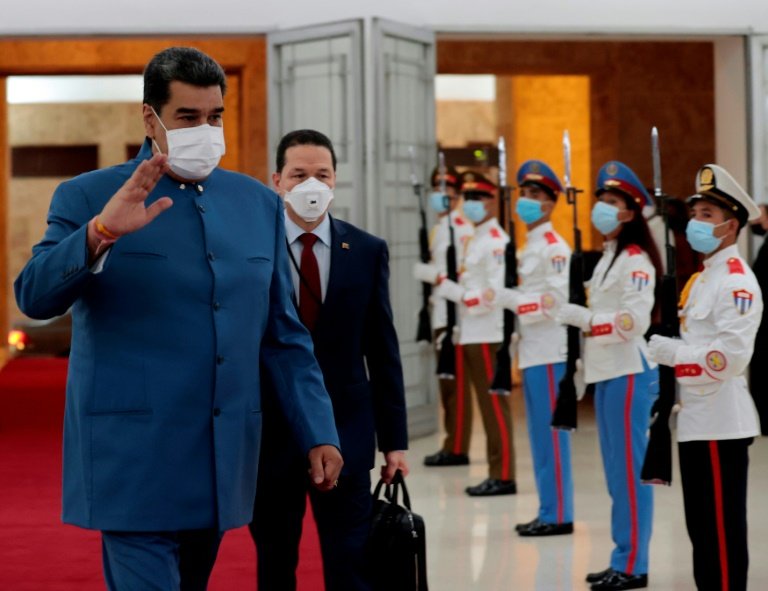 The leftist leaders of Cuba, Venezuela and Bolivia railed against the United States Friday in Havana, days ahead of the Summit of the Americas in Los Angeles, whose invitation list has overshadowed the agenda.

US President Joe Biden has described the June 6-10 summit, being held in the United States for only the second time, as an opportunity to champion democracy over authoritarianism and has not invited the leaders of Cuba, Venezuela or Nicaragua.

Cuban President Miguel Diaz-Canel, who has said he will "under no circumstances" go to Los Angeles, held an alternative summit of sorts in Havana.

Entering the Palace of the Revolution, Venezuelan President Nicolas Maduro called the gathering "a firm, forceful and absolute rejection of the imperial vision that seeks to exclude peoples from the Americas."

Bolivian President Luis Arce said of the Los Angeles gathering: "If they want to have a meeting among friends, let them do it, but don't call it the Summit of the Americas."

The talks in Havana were part of the ALBA grouping, set up in 2004 by Maduro's late predecessor Hugo Chavez and Cuban revolutionary leader Fidel Castro to counter a US proposal for a pan-American free trade area.

The bloc's grievances received a boost from the leader of Latin America's second most populous nation, Mexican President Andres Manuel Lopez Obrador, who said he would not travel to Los Angeles unless all nations were invited. 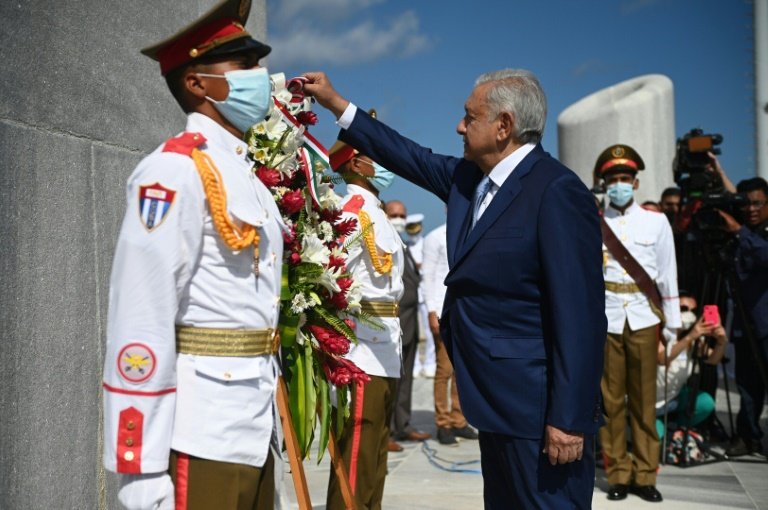 Mexican President Andres Manuel Lopez Obrador, seen in Havana, has said he will not attend the Summit of the Americas unless all nations are invited / © AFP/File

On a visit to Havana on May 8, the leftist Mexican leader said it should be for "each country to decide freely if they will attend."

In Havana, Maduro hailed Lopez Obrador for "standing up for the entire continent's truth, morals and dignity."

Mexico may still send its foreign minister to LA, but the leaders of Argentina, Bolivia, Honduras and the 14-nation bloc of Caribbean states have also put their attendance in doubt.

Testifying to a US Senate committee on Thursday, summit coordinator Kevin O'Reilly said the United States would "absolutely not" invite representatives from the government of Maduro, whom Washington considers illegitimate following a widely criticized 2018 election.

Nicaraguan President Daniel Ortega -- who did not travel to Havana -- has also been accused of rising authoritarianism, with his main rival in last year's elections arrested and later sentenced to eight years in prison for alleged financial crimes.

The Biden administration recently eased visa and family remittance restrictions for Cuba, a bugbear of Washington since the 1959 revolution. 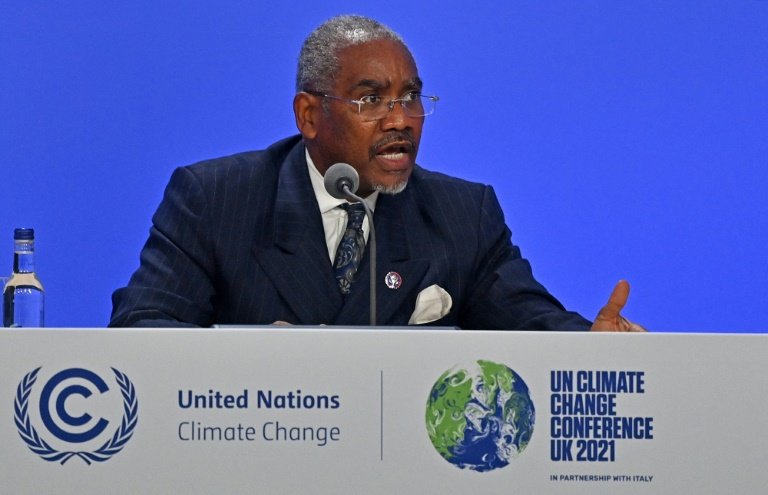 The House Foreign Affairs Committee chairman, Representative Gregory Meeks, seen at the COP26 climate conference in Glasgow in November 2021, has called for wide inclusion at the Summit of the Americas / © AFP/File

But the administration, pointing to human rights concerns, has stopped well short of reviving the thaw of former president Barack Obama and reversing pressure tactics of Biden's predecessor Donald Trump, who made inroads with anti-communist Hispanic voters in the 2020 election.

Republican Senator Marco Rubio, a Cuban-American and vociferous critic of Latin American leftists, at the Thursday hearing urged the Biden administration not to be "bullied" by Mexico into inviting a "trifecta of tyranny."

"If we have a summit where we don't invite dictators and the people who wanted dictators to come decide to boycott it, then we'll just know who our real friends are in the region," he said.

But three leading lawmakers from Biden's Democratic Party including Representative Gregory Meeks, chairman of the House Foreign Affairs Committee, warned that the exclusions "could undermine the US's standing in the region" by forcing other nations to choose.

In a letter to Biden, Meeks and Representatives Jim McGovern and Barbara Lee said that inviting Cuba, Nicaragua and Venezuela would not be "an endorsement" of their ideologies but would show the United States is a "good-faith negotiator" in the hemisphere.

"We believe that a policy of engagement will yield more fruitful results than a continued policy of isolation," they wrote.

The Biden administration hopes that the summit will reach an agreement to coordinate on migration, a key domestic priority for Washington.

Other items on the agenda include promoting green energy and improving health infrastructure in the wake of the Covid-19 pandemic.