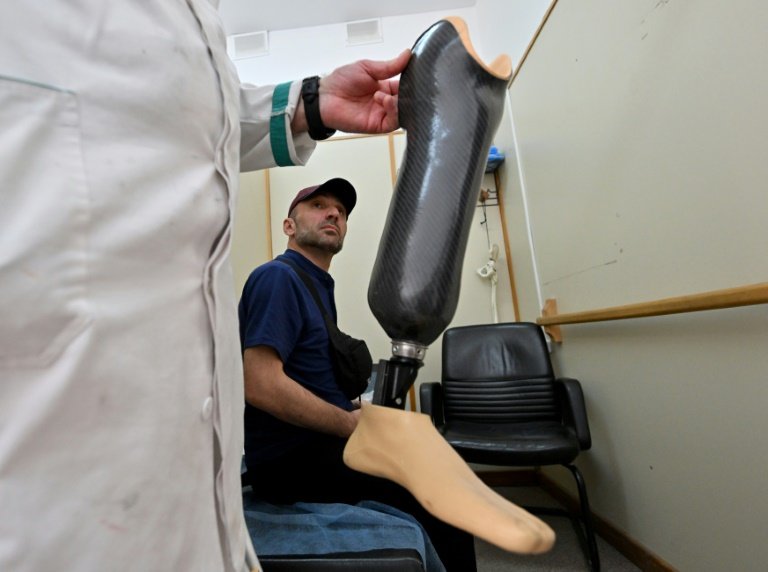 In a small orthopaedic clinic in Kyiv, Daviti Suleimanishvili listens as doctors describe various prostheses that could replace his left leg, torn off during the battle for Mariupol.

Born in Georgia but with Ukrainian citizenship, Suleimanishvili -- whose nom-de-guerre is "Scorpion" -- is one of countless people who have lost arms or legs in the war and now impatiently awaiting a replacement limb.

A member of the Azov regiment, he was based in the city of Mariupol, which underwent a relentless battering by Russian forces for three months before the last troops at the Azovstal steelworks finally laid down their arms last week.

He was badly wounded on March 20 when a Russian tank located about 900 metres away fired in his direction.

"The blast threw me four metres and then a wall fell on top of me," he told AFP, saying he was also hit by shrapnel.

"When I tried to stand up, I could not feel my leg. My hand was injured and a finger was gone."

Carried by his comrades into a field hospital in the heart of the sprawling steelworks, his leg was amputated just below the knee.

He was then evacuated by helicopter to a hospital in Dnipro in central Ukraine. 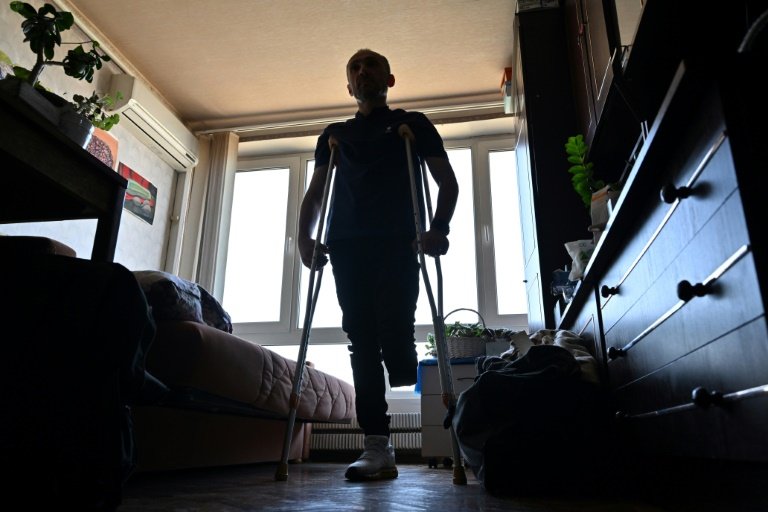 For now, the 43-year-old soldier is getting get around on crutches although he hopes to have a prosthetic leg fitted quickly so he can return to the fighting / © AFP

Two months later he's getting around with crutches and hopes to soon have a prosthetic leg fitted, funded by the Ukrainian government.

"If possible, I want to continue serving in the army and keep fighting," he explains.

"A leg is nothing because we're in the 21st century and you can make good prostheses and continue to live and serve," he says.

"I know many guys in the war now have prostheses and are on the front lines."

On Wednesday afternoon, he had his first consultation with the medics who will fit him with a new limb.

Inside the clinic at a rundown building in Kyiv, a dozen specialists are making prosthetic limbs inside a workshop covered in plaster, while in the consultation rooms, doctors are considering which might be the right model for each of their patients.

But Suleimanishvili's case is not so straightforward.

One suggests a vacuum-attached prosthesis in which a pump draws out the air between the residual limb and the socket, creating a vacuum; another pushes for a different type of attachment which he says would be better for war-time conditions, that is "stable, flexible and easy to clean". 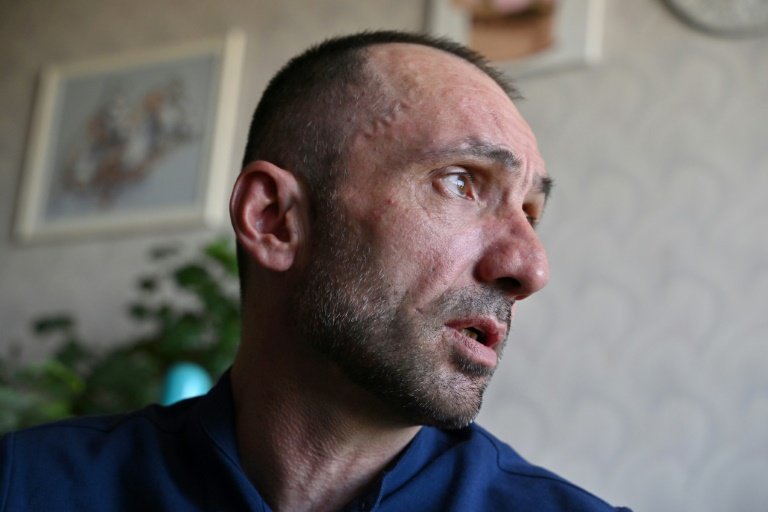 Suleimanishvili is itching to get back to the frontlines like "90 percent" of other military amputees, doctors say / © AFP

"There were almost no military people two weeks ago, but now they're coming," explains doctor Oleksandr Stetsenko, who heads the clinic.

"They weren't ready before as they needed to be treated for injuries to other parts of their bodies."

President Volodymyr Zelensky said in mid-April that 10,000 soldiers had been wounded while the United Nations has given a figure of more than 4,600 injured civilians.

"To assist the hundreds or thousands of Ukrainian amputees who reportedly need treatment, aid volunteers will need to work from centralised locations that are well stocked," it said.

However, "there are a limited number of such clinics within Ukraine, and the supply chains that serve them are spotty at best."

Stetsenko said Ukraine has around 30 facilities that made prostheses, with his own clinic normally producing around 300 every year.

The clinic won't be able to step up production because each prosthesis is "customised" to suit the injury and needs of each patient. 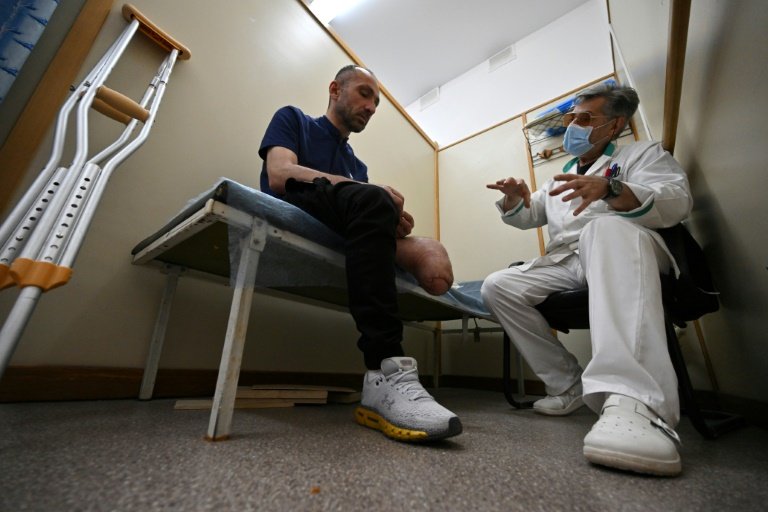 In the case of Suleimanishvili, who is a gunner, the doctors will add 15 kilogrammes to the weight of his new leg so it can support his use of heavy weaponry.

"I want the prosthetic so I can do most manoeuvres," he insists.

In a week's time, he will be back to have a temporary prosthesis fitted so he can start learning to walk.

"In two or three weeks, he will be running," another doctor, Valeri Nebesny, told AFP, saying that like Suleimanishvili, "90 percent" of military amputees want to get back to the battlefield as quickly as possible.