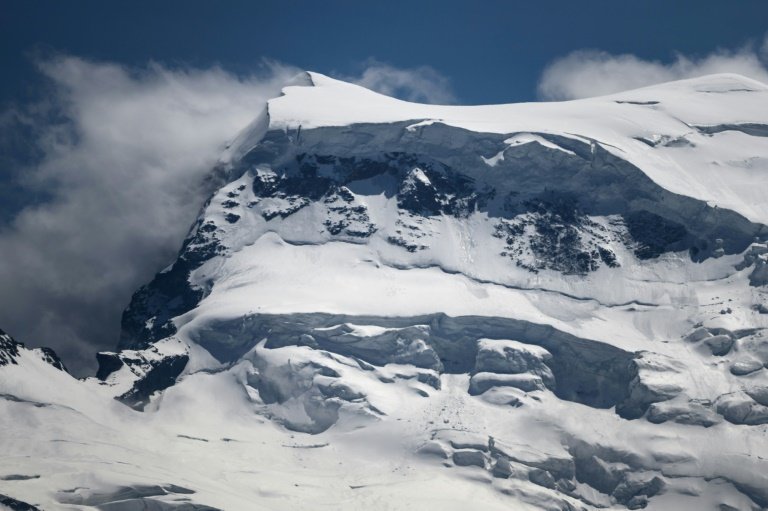 A Frenchwoman and a Spaniard were killed and nine other mountaineers were injured Friday in an ice fall in southwest Switzerland, police said following a rescue attempt involving several helicopters.

Police received calls at 6:20 am (0420 GMT) reporting that mountaineers had been caught up in falling seracs -- columns of glacial ice formed by crevasses -- on the Grand Combin, a glacial massif near the Italian border in the Wallis region.

"Two people died at the scene of the accident," Wallis police said in a statement. They were a 40-year-old Frenchwoman and a 65-year-old man from Spain.

Nine mountaineers were airlifted to hospitals in nearby Sion and in Lausanne. Two of them are seriously injured, police said.

Other mountaineers were evacuated by helicopter.

The regional public prosecutor has opened an investigation "to determine the circumstances of this event", the police said.

The serac fall happened at an altitude of 3,400 metres (11,100 feet) in the Plateau de Dejeuner section along the Voie du Gardien ascent route.

The Grand Combin massif has three summits above 4,000 metres, the highest of which is the Combin de Grafeneire at 4,314 metres.

The police issued a note of caution about setting off on such high-altitude expeditions.

"When the zero-degree-Celsius isotherm is around 4,000 metres above sea level, it is better to be extra careful or not attempt the route if in doubt," Wallis police said.

"The golden rule is to find out beforehand from the mountain guides about the chosen route and its current feasibility."