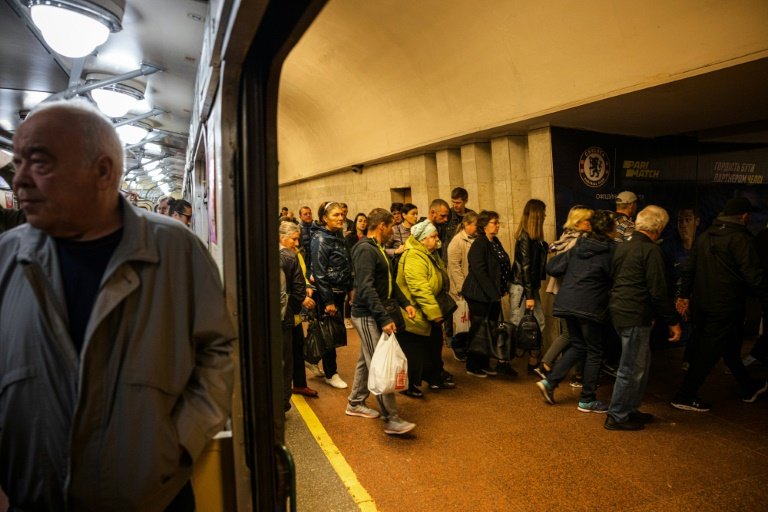 The metro in Ukraine's second city Kharkiv, which has served as a bomb shelter since the Russian invasion at the end of February, resumed services on Tuesday despite sporadic shelling in the north eastern region.

"We have restarted the Kharkiv metro and almost all its stations today," mayor Igor Terekhov told journalists.

"We decided to relaunch services because we have to relaunch the economy," he said, adding that train rides would be free for the next two weeks.

The Kharkiv metro, with 30 stations, has sheltered thousands of residents seeking to escape indiscriminate shelling on the city, which is adjacent to the Russian border.

Three stations in northeast areas of Kharkiv that are occasionally shelled remain shuttered.

The city with a pre-war population of around 1.4 million people hosted around 158 million passengers per year. Trains now run every 20-30 minutes.

Russian troops recently withdrew from around the city to focus resources on carving out control of the Donbas region south of Kharkiv where they are making painstaking gains.

Terekhov, who rode the metro on Tuesday, said residents still sheltering there could stay put.

"We have decided not to disturb the people who still live in the metro," he said, adding that if the situation improved, they would be encouraged to relocate to alternative accommodation.

For 28-year-old Artyom Zelensky, who works in a car repair garage, the sight of people riding the metro was jarring.

"It's weird. People lived here for three months and now it looks like a normal day, where you go to work as usual," Zelensky, one of thousands to ride the metro hours after it opened, told AFP.

Tetyana Volkova, 64, said she was happy that life appeared to be returning to normal.

"We were in our cellars and now we can go out again," she said en route to visit a friend.

The situation around Kharkiv, she conceded, remains "scary".

"Everything is in God's hands," she said, describing the war as "evil".

"I prefer not to talk about it".