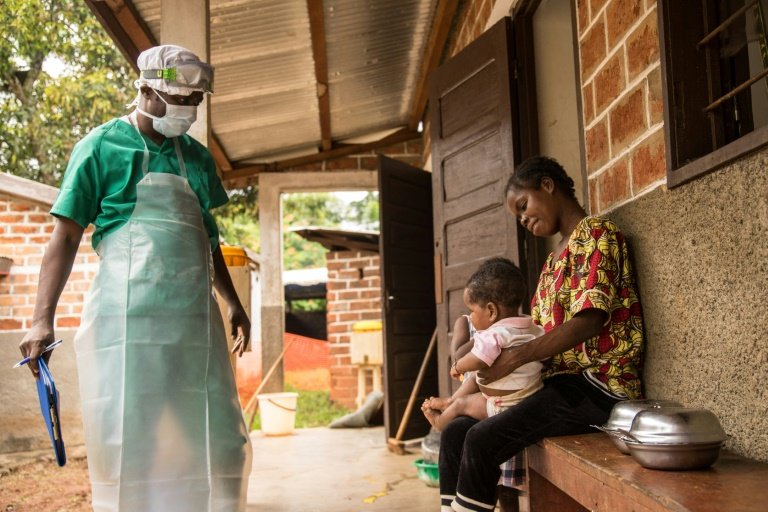 While monkeypox is endemic in parts of Africa, WHO officials think it can be contained elsewhere / © AFP

The risk of monkeypox spreading widely among the general population is very low and transmission can be stopped outside endemic countries in Central and West Africa, health officials said Monday, after cases exploded this month in Europe and North America.

Fewer than 200 confirmed and suspected cases had been recorded since early May in Australia, Europe and North America, the World Health Organization (WHO) said, sparking fears over the spread of the disease.

Although monkeypox has been known for 40 years, WHO said it was the first time there had been several cases across many countries simultaneously and among people who had not travelled to the endemic regions in Africa.

But the UN agency said the outbreaks in non-endemic countries could be brought under control and human-to-human transmission of monkeypox stopped.

The EU's European Centre for Disease Prevention and Control (ECDC) also played down fears of a spread among the wider public.

Monkeypox, which is not usually fatal, can cause a fever, muscle aches, swollen lymph nodes, chills, exhaustion and a chickenpox-like rash on the hands and face.

The virus can be transmitted through contact with skin lesions or droplets of bodily fluid from an infected person.

No treatment exists, but the symptoms usually clear up after two to four weeks. The disease is considered endemic in 11 African nations.

US President Joe Biden insisted Monday "extra efforts" would not be needed to prevent the spread.

"This is a containable situation, particularly in the countries where we are seeing these outbreaks that are happening across Europe, in North America as well," the WHO's emerging disease lead Maria Van Kerkhove said Monday via the UN health agency's social media channels.

"We want to stop human-to-human transmission. We can do this in the non-endemic countries," she said. 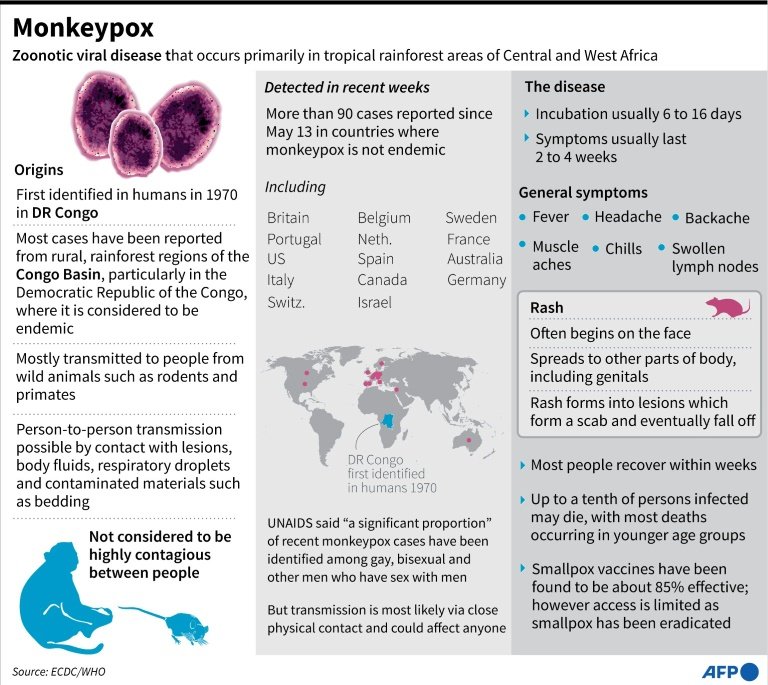 Meanwhile, the European Centre for Disease Prevention and Control (ECDC) director, Andrea Ammon, said most of the cases had mild symptoms.

"For the broader population, the likelihood of spread is very low," Ammon added in a statement.

"However, the likelihood of further spread of the virus through close contact, for example during sexual activities among persons with multiple sexual partners, is considered to be high," she said.

According to the ECDC, the virus can cause severe disease among certain groups such as "young children, pregnant women and immunosuppressed persons".

The agency also pointed to the risk of "human-to-animal transmission", and said if the virus is spread to animals "there is a risk that the disease could become endemic in Europe".