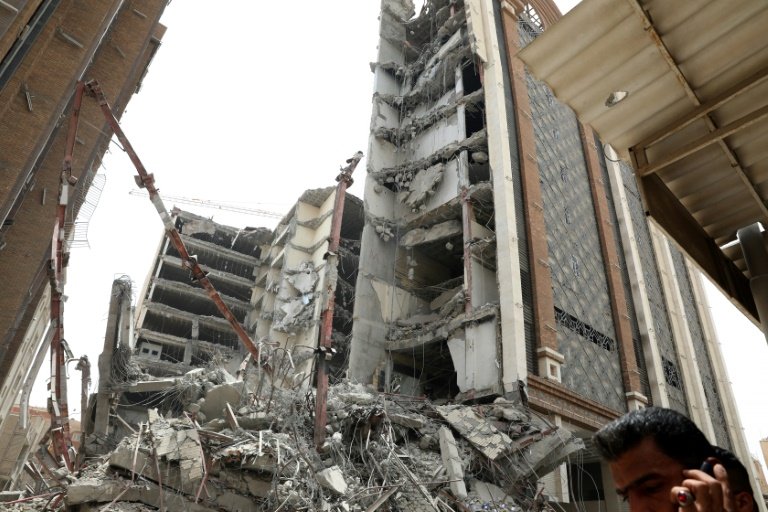 At least six people died and dozens were injured or missing under rubble after an unfinished high-rise building collapsed in southwestern Iran, officials said.

More than 30 people were pulled out alive from the debris, but some 50 more are feared still trapped, with locals calling it a "day of mourning".

Choking white dust swirled from where the tower-block had stood, covering surrounding vehicles, as shocked onlookers stared at the wreckage in horror, some screaming.

"Parts of the 10-storey Metropol building, located in Abadan in Khuzestan province, collapsed," state television said. "Six people lost their lives and 27 others were injured in the disaster."

Rescuers clambered over huge slabs of shattered concrete and tangles of twisted metal bars. Sniffer dogs were being used to search for dozens believed to be trapped.

Mehdi Valipour, head of rescue and emergency operations for Iran's Red Crescent, said that 32 people had been freed from under the rubble, the ILNA news agency reported.

But Jafar Miadfar, head of the national emergency service, said that "according to witnesses, 50 people are still under the rubble," according to the official IRNA news agency.

"Today is a day of mourning for poor Abadan," residents shouted in a video posted on social media. 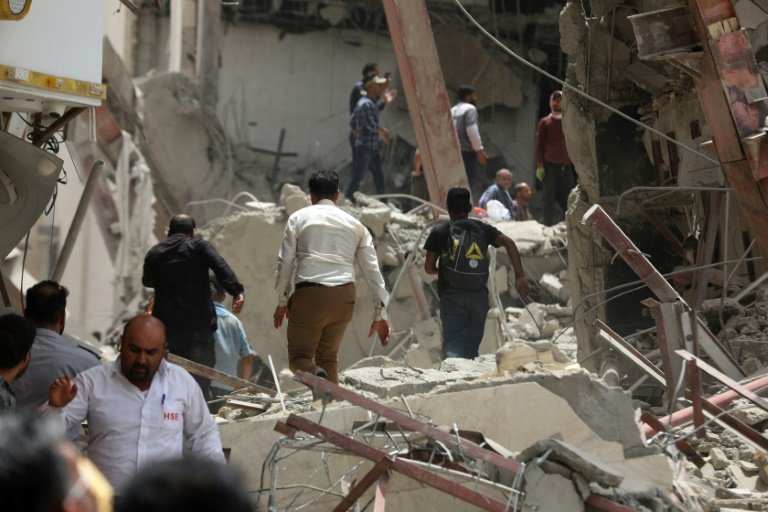 Rescuers were seen on television rushing out some of the wounded who had been pulled from the wreckage on stretchers.

Several cars were crushed by blocks of falling debris -- some apparently with their occupants still inside, according to images.

A crane began work to try to clear some of the debris, including picking up a car squashed flat by the falling tonnes of concrete.

Authorities have not provided further details about the victims.

"About 40 percent of the building has been destroyed, and (the rest) is in danger of completely collapsing," city governor Ehsan Abbaspour said on television, ordering the evacuation of neighbouring buildings.

The rest of the building still standing, with floors sagging, towered over the pile of debris. 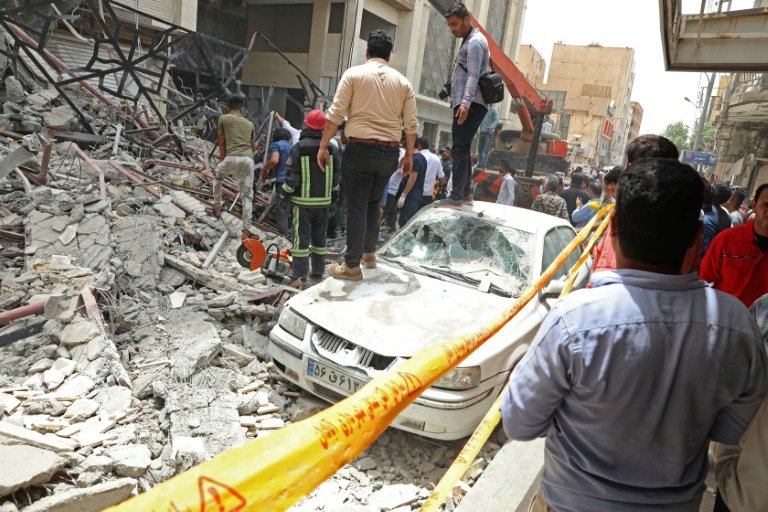 The cause of the collapse was under investigation, and the owner of the tower-block and the building contractor have been arrested, city prosecutor Hamid Maranipour said / © TASNIM NEWS/AFP

The building is located on Abadan's busiest street where "commercial, medical and office" buildings predominate, according to state television.

President Ebrahim Raisi, on a visit to Oman, ordered the fire brigade to "immediately deploy rescue forces and equipment necessary for the removal of debris" in Abadan, IRNA reported.

The cause of the collapse was under investigation, and the owner of the tower-block and the building contractor have been arrested, city prosecutor Hamid Maranipour said.

In January 2017, 22 people -- including 16 firefighters -- died after fire engulfed the Plasco building, a 15-storey shopping centre and the oldest high-rise in Iran's capital.