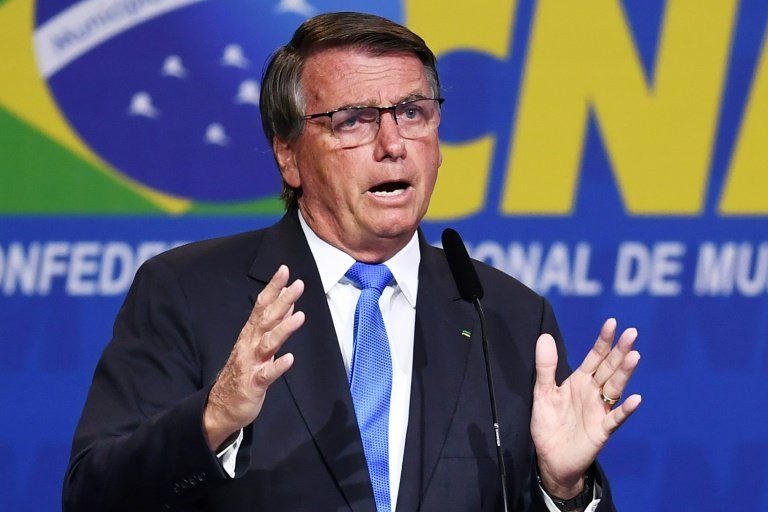 Brazil's far-right President Jair Bolsonaro on Thursday renewed his attacks on the country's electronic voting system ahead of October elections in which he will face off against favorite Luiz Inacio Lula da Silva.

Bolsonaro, lagging in opinion polls behind leftist ex-president Lula, has long sought to discredit the voting system in place since 1996, saying last year he would not recognize the election outcome unless the whole operation was replaced.

On Thursday, he told a meeting in Rio de Janeiro: "We cannot have an electoral system over which the shadow of suspicion hangs."

Voters in Brazil cast their ballots electronically at voting stations. But Bolsonaro has long argued for a paper printout to be made of each vote cast, suggesting the absence of a paper trail makes cheating easier.

He has not provided evidence of fraud, and the Superior Electoral Court insists the system is transparent and has never been tainted by irregularities.

Earlier this month, Bolsonaro said his political party would sign a contract with a private company to audit the election.

And this week, he said Brazil could have "turbulent" elections.

"Imagine that on the evening of the vote, one side or the other has the suspicion that the election was not above board. We don't want that," he said on Thursday.

His repeated questioning of the system has prompted the Supreme Court to open an investigation into Bolsonaro.

His comments have led analysts to fear that he may refuse to accept defeat in a scenario similar to the January 2021 invasion of the Capitol by supporters of Donald Trump, a hero of Bolsonaro's.