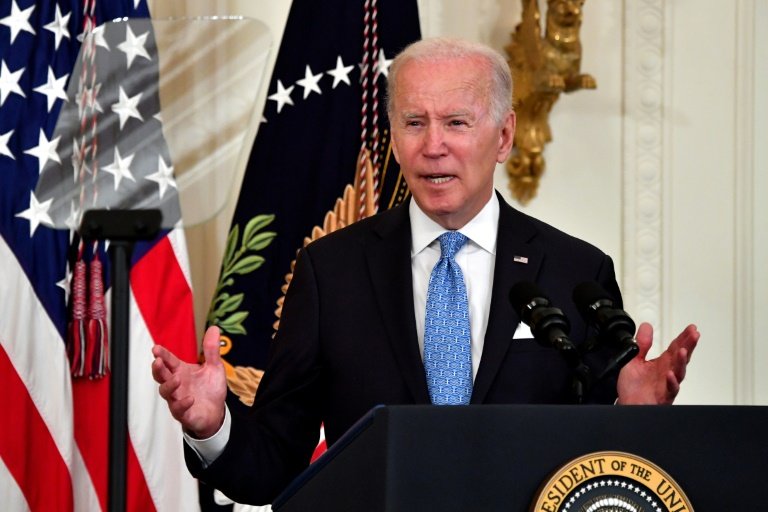 US President Joe Biden speaks during a ceremony at the White House on May 16, 2022 / © AFP/File

The US government will fly in baby formula on commercial planes contracted by the military in an airlift aimed at easing the major shortage plaguing the country, the White House said on Wednesday.

The lack of formula -- the result of a perfect storm of supply chain issues and a massive recall -- is leaving parents increasingly desperate, and has become a political headache for President Joe Biden as midterm elections loom.

The Department of Defense "will use its contracts with commercial air cargo lines, as it did to move materials during the early months of the Covid pandemic, to transport products from manufacturing facilities abroad that have met Food and Drug Administration (FDA) safety standards," the White House said.

"Bypassing regular air freighting routes will speed up the importation and distribution of formula and serve as an immediate support as manufacturers continue to ramp up production," it said, dubbing the effort "Operation Fly Formula."

"Directing firms to prioritize and allocate the production of key infant formula inputs will help increase production and speed up in supply chains," the White House said.

Initially caused by supply chain blockages and a lack of production workers due to the pandemic, the shortage was exacerbated in February when, after the death of two infants, manufacturer Abbott announced a "voluntary recall" for formula made at its factory in Michigan and shut down that location.

A subsequent investigation cleared the formula, and the FDA reached an agreement on Monday with Abott to resume production. But it will take weeks to get the critical product back on store shelves. 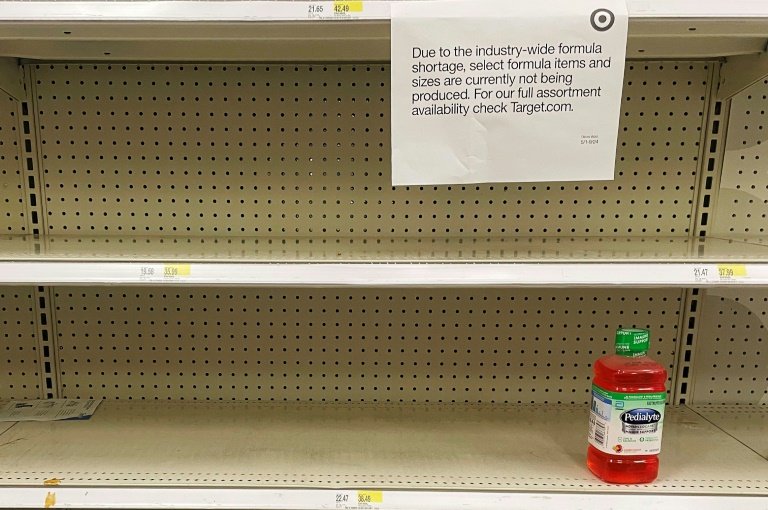 Biden wrote in a letter to the heads of the Departments of Agriculture and Health and Human Services that imports of formula "will serve as a bridge to this ramped up production."

"I request that you work expeditiously to identify any and all avenues to speed the importation of safe infant formula into the United States and onto store shelves," the president wrote.

The shortage has left many parents frantic and fearful their infants may starve. Formula is a necessity for many families, particularly in low-income households in which mothers have to return to work almost immediately after giving birth and cannot breastfeed.

A further issue is that prices for the formula that remains have skyrocketed.

The desperation of parents is highlighted on social media, where posts shared hundreds of thousands of times urge people to make formula at home -- a move pediatricians warn against.

"It won't meet your baby's essential nutritional needs, can be very dangerous to their growth and development, and can even make your baby sick," Tanya Altmann, author of several parenting books and founder of Calabasas Pediatrics in California, told AFP.

The formula shortage also has political consequences, with the Republican opposition -- which has set its sights on wresting back control of Congress in November's midterm elections -- seizing on the issue to berate Biden and the Democrats.

The United States relies on domestic producers for 98 percent of the baby formula it consumes. The average out-of-stock rate for the key product hit 43 percent earlier this month, according to Datasembly, which collected information from more than 11,000 retailers.