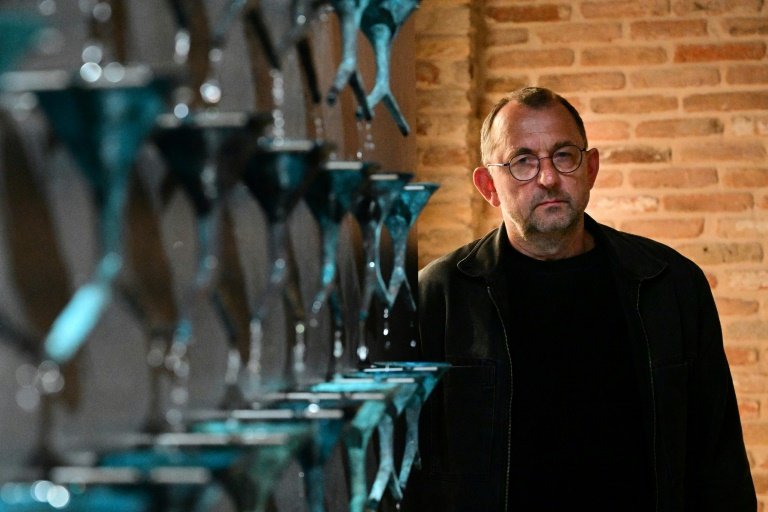 Pavlo Makov fled Russia's invasion with almost nothing but is proud to represent Ukraine at this year's Venice Biennale, which raises questions about the role of art at a time of war.

"I feel myself much more a citizen of Ukraine than an artist from this country," the 63-year-old told AFP ahead of the opening this weekend of one of the world's most prestigious art exhibitions.

He added: "I'm simply doing something that I have to do. It's like a duty."

Back after a pandemic-induced break, the 59th edition of the Biennale has been overshadowed by the war in Ukraine.

Organisers banned Moscow's representatives in protest at the invasion, while Ukraine's national exhibit only made it here after being whisked out of Kyiv on the day Russian troops crossed the border.

Makov's installation comprises 78 light blue funnels mounted on a triangle through which water flows, slowing as it travels downwards to drip slowly into the collecting basin, echoing in the otherwise silent space.

He describes his work, "The Fountain of Exhaustion", as "a metaphor for contemporary life".

"I don't think art can change the world. But art can help us to survive," he said.

Makov sees as unavoidable Russia's exclusion from the Biennale, where 58 countries are represented in national pavilions showcasing 213 individual artists.

"The dialogue with Russian culture we have now has only one place, at the front," he said.

The funnels for his work were brought from Kyiv by curator Maria Lanko, who left the Ukrainian capital when Russia invaded on February 24 and drove for six days through Romania, Hungary and Austria to Italy.

The 35-year-old had been preparing for war, although she had to leave behind the massive base of Makov's installation.

"We kind of joked, saying: 'Okay, if ever something starts we can put those boxes in a private car and take them out'," she told AFP.

In the nearby Giardini, the halls of the Biennale's Russian pavilion are empty.

The curator and artists resigned following the invasion, with artist Kirill Savchenkov saying "there is no place for art when civilians are dying". 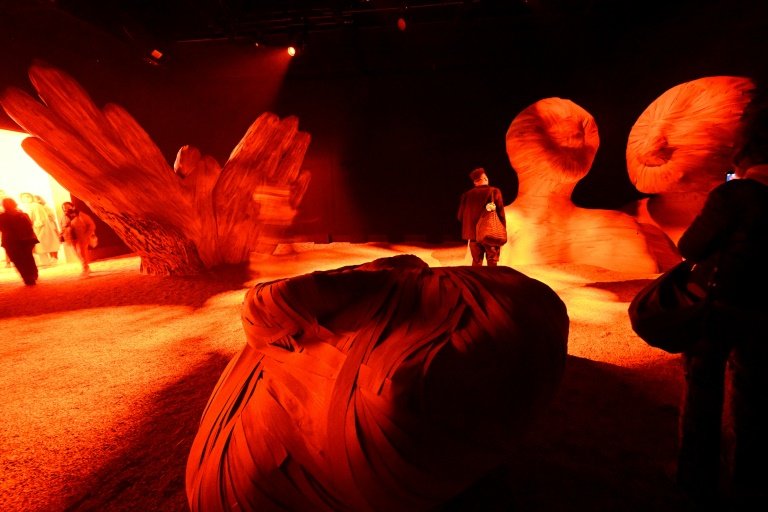 Organisers of the Biennale praised the move and subsequently banned anyone linked to the Russian government from the entire event, joining a global cultural boycott of Moscow over the war.

They also financed the reconstruction of Makov's artwork.

"It is definitely due to this solidarity (that) we have this project finished here," he said.

Makov himself left Ukraine with his family -- including his 92-year-old mother. They are currently in Austria.

Packing in haste, initially "I only took documents and money", he said.

But then came the thought that "I may not be able to have shower in the next coming week... So you take underwear with you and the pair of jeans and that's it."

The Biennale, which is open to the public from April 23 to November 27, was due to take place in 2021 but was postponed due to the coronavirus outbreak.

This year's edition -- the theme of which is "The Milk of Dreams" -- is curated by Italian Cecilia Alemani, who has ensured there is a majority of women and non-binary artists. 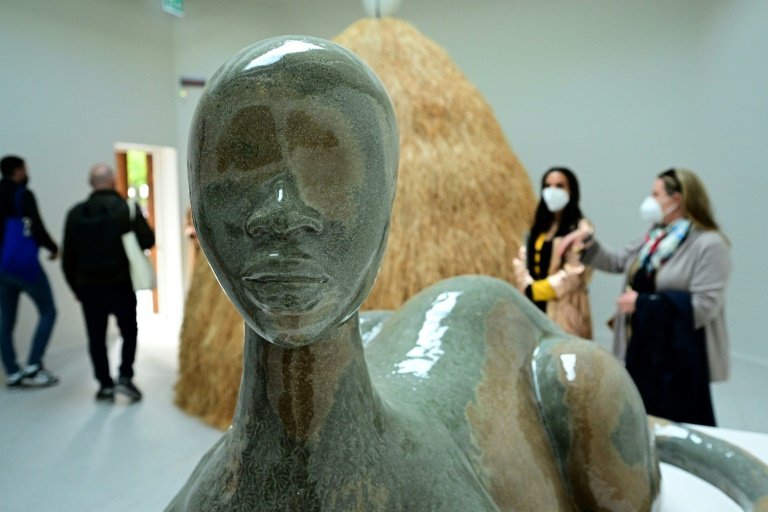 'Sphinx' and 'Cupboard', part of US artist Simone Leigh's 'Sovereignty' installation at the Biennale / © AFP

"In the 57 editions of the Biennale, except for the last one, there has been a great preponderance of male artists. This is why I wanted to rebalance the history," the 45-year-old told AFP.

Looking to the Ukraine conflict, Alemani said she appreciated the Russian team's decision to resign rather than "have that brand for the rest of their lives".

She added: "It is also the role of the Biennale ... to record the turmoil of history."

In this spirit, Alemani announced the launch of "Piazza Ucraina" (Ukraine Square), a space designed for meditation, discussions and performances.

It is marked by a mountain of sandbags, similar to those erected around statues in Ukraine to protect them from attack.