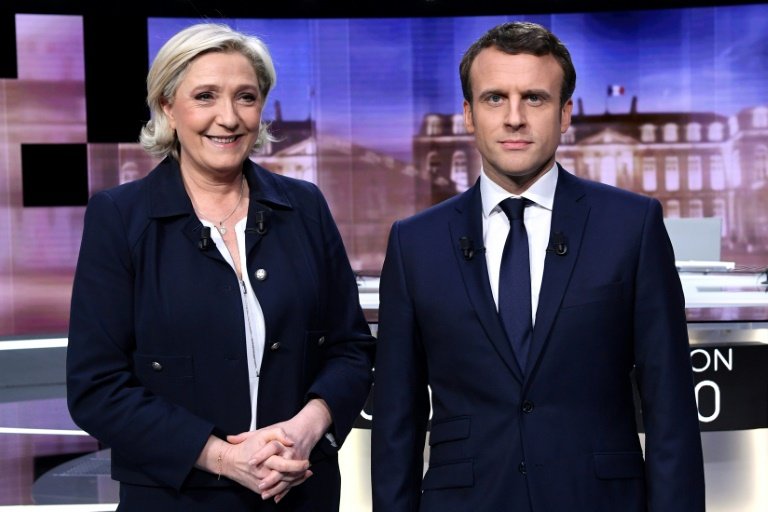 Macron holds a solid poll lead, but his political allies have warned against any complacency in the prime-time duel -- their only direct clash -- which will be watched by millions.

Some polls are predicting a lead of around 10 points for Macron over Le Pen in the run-off, a repeat of the 2017 election. But undecided voters and abstentions could yet swing the figures.

Le Pen has cleared her diary to concentrate on preparing for the debate, hoping to avoid any repeat of the fiasco five years ago, when her ill-prepared performance contributed to her defeat at the hands of the centrist Macron.

This year's vote will mark the closest the far right has come to taking the Elysee presidential palace. Marine Le Pen's father Jean-Marie was crushed by Jacques Chirac in the 2002 run-off election, and she was easily defeated by Macron in 2017.

The live televised debate -- scheduled from 1900 GMT -- has been a political tradition in France since 1974, when Socialist Francois Mitterrand took on centrist Valery Giscard d'Estaing.

But it did not take place in 2002, when Chirac said debate was impossible with "intolerance and hatred" after Jean-Marie Le Pen stunned France by making the run-off.

The stakes are high in this election, and Europe is watching.

Macron is expected to continue to champion the EU if he wins another five years in office. Le Pen has vowed to reform it under a far-right presidency.

Opinion polls currently put Macron at 53 to 56 percent in the run-off against 44 to 47 percent for Le Pen -- a much tighter finish than five years ago, when Macron carried the vote with 66 percent.

For Le Pen, the debate represents a final chance to win back ground in the polls and convince France she has moderated her anti-immigration party into a mainstream force.

Macron will likely seek to portray her as a dangerous extremist who cannot be trusted on foreign policy -- especially after Russia's invasion of Ukraine, given her past comments in support of President Vladimir Putin.

Both candidates are particularly keen to woo the electorate of hard-left candidate Jean-Luc Melenchon, who finished a strong third in the first round. 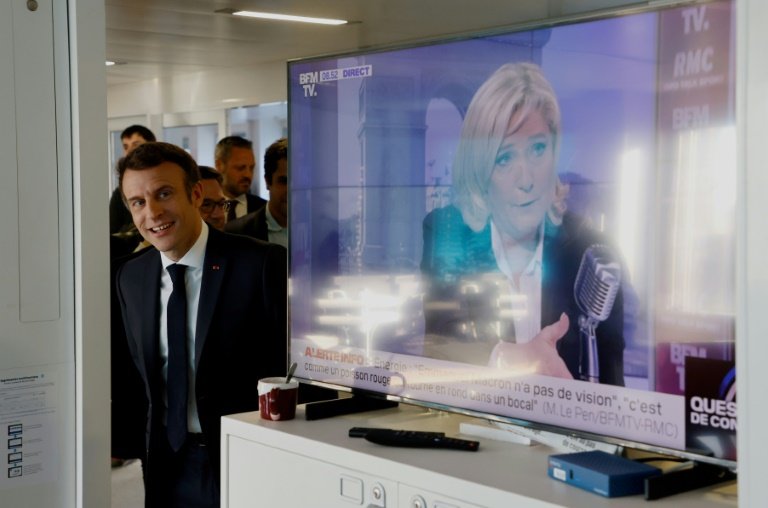 Le Pen was reportedly spending Tuesday with her closest aides to rehearse the debate, having admitted previously that her performance against Macron in 2017 was not up to scratch.

"For me, failure is sometimes a kick in the backside," she told TF1 television.

Le Monde newspaper said Le Pen would seek to present herself as a credible French leader and portray the election as an anti-Macron "referendum".

She has "spent five years trying to bury that disastrous (2017) televised duel, by sprucing up her image, party and ideological tenets," the paper said.

Macron has insisted the election is not yet in the bag, reminding voters of the political upsets of 2016 when Britons voted to leave the EU and Americans put Donald Trump in the White House.

Key allies have made clear nothing should be taken for granted, telling voters tempted to stay at home that they must cast their ballots.

"The game isn't over yet and we certainly can't draw conclusions... that this election, this match, is already decided," Prime Minister Jean Castex told France Inter radio.

"We have to convince the French that Emmanuel Macron's programmes are the best for France and for them," he said. He added that if Macron won, his government would resign to give the ruling party new impetus ahead of legislative elections in June.

Castex's predecessor as prime minister, Edouard Philippe, mayor of the northern city of Le Havre and a heavyweight centre-right backer of Macron, said nothing could be taken for granted due to the numerous "unknowns" hanging over the election -- abstentions above all.

He told Le Figaro newspaper on Monday that the so-called Republican front -- which in past elections had seen French voters of all political stripes line up against the far right -- "was no longer a natural reflex".

"Right now, either candidate could win," added another ally, Francois Bayrou, the leader of the pro-Macron Modem party.