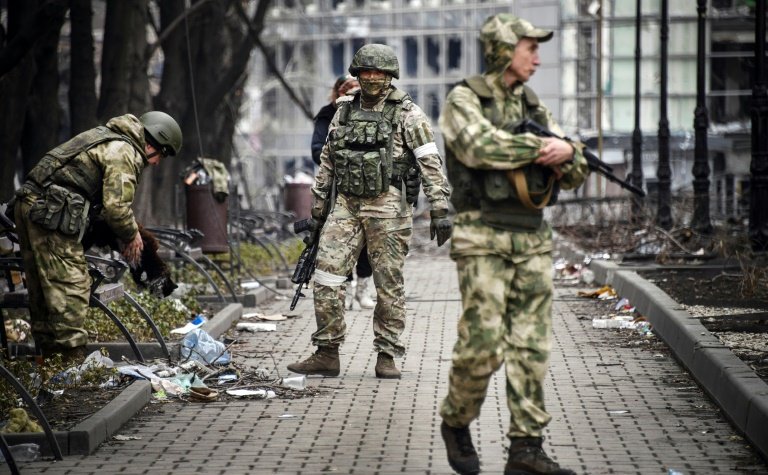 Moscow officials now say they are in full control in Mariupol, though Ukrainian fighters remain holed up in the city's fortress-like steelworks / © AFP

A Russian ultimatum for the last remaining Ukrainian forces in Mariupol to surrender expires on Sunday, with Moscow poised for a major strategic victory in the southeastern port city.

"During the night, high-precision, air-launched missiles destroyed an ammunitions factory near the settlement of Brovary, Kyiv region," Russia's defence ministry said, the third such air strike near the capital in as many days.

Ukrainian Deputy Prime Minister Iryna Vereshchuk urged Russian forces to allow evacuations from Mariupol, which Moscow's forces claim to have brought under their control, though Ukrainian fighters remain holed up in the city's fortress-like steelworks.

Moscow on Saturday issued an ultimatum to the fighters, urging them to lay down their arms by 6:00 am Moscow time (0300 GMT) and to evacuate before 13:00 pm.

"Once again, we demand the opening of a humanitarian corridor for the evacuation of civilians, especially women and children, from Mariupol," Vereshchuk wrote.

Ukraine President Volodymyr Zelensky said that if Russian forces kill Kyiv's troops remaining to defend the city, then a fledgling negotiation process to end nearly two months of fighting would be ended. 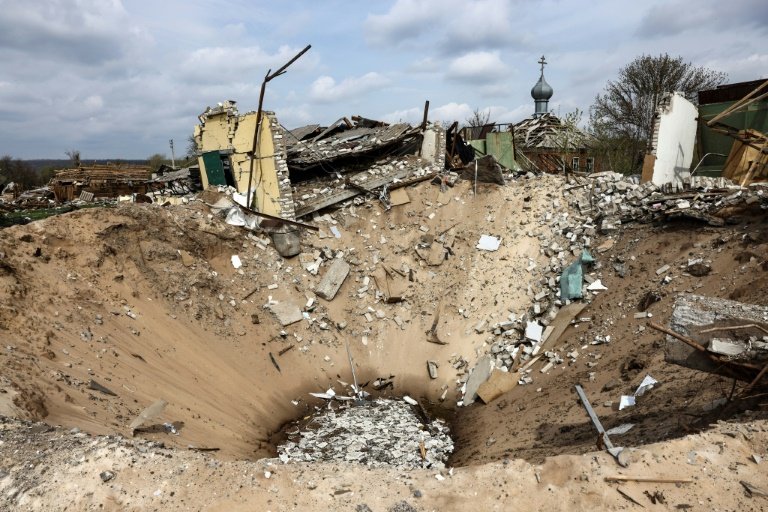 Russia's military focus now seems to be on seizing the eastern Donbas region, where Russian-backed separatists control the Donetsk and Lugansk areas / © AFP

Zelensky said the situation in Mariupol is "inhuman" and called on the West to immediately provide heavy weapons.

Mariupol has become a symbol of Ukraine's unexpectedly fierce resistance since Russian troops invaded the former Soviet state on February 24.

"The situation in Mariupol remains as severe as possible. Just inhuman," Zelensky said in a video address.

"Russia is deliberately trying to destroy everyone who is there."

Ukraine's Minister of Digital Transformation Mykhailo Fedorov said the city was on "the verge of a humanitarian catastrophe" and warned the country was compiling evidence of alleged Russian atrocities there.

"We will hand everything over to The Hague. There will be no impunity," he said.

With fighting raging in the east, Deputy Prime Minister Vereshchuk said that humanitarian corridors allowing civilians to flee would not open on Sunday after failing to agree terms with Russian forces.

"As of this morning, April 17, we have not been able to agree with the occupiers on a ceasefire on the evacuation routes. That is why, unfortunately, we are not opening humanitarian corridors today," she wrote in a statement on social media.

Ukrainian authorities have urged people in the eastern Donbas area to move west to escape a large-scale Russian offensive to capture its composite regions, Donetsk and Lugansk. 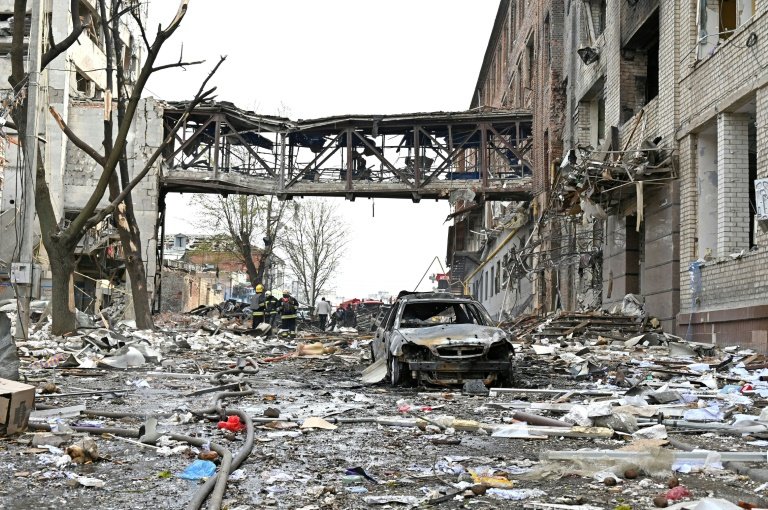 In Ukraine's second-largest city Kharkiv, in the northeast of the country, a Russian missile strike on a residential district killed at least two people on Saturday and wounded 18 others, the public prosecutor's office said / © AFP

They have also recently accused Russian forces of targeting evacuation infrastructure, including busses and a train station in Kramatorsk where more than 50 people were reported killed in Russian strikes.

Many in the region have been living with war since pro-Russian separatists started trying to take control in 2014, including in Svyatogirsk, a village about 30 kilometres (20 miles) north of Donbas capital Kramatorsk.

"The civilians have learned what war is," a territorial reservist who gave his name as Buffalo told AFP. "They stay in the basements and it's all they can do to stay alive.

"Any time we can, we bring them food and water. There are a lot of elderly people there who have no place to go."

Austrian Chancellor Karl Nehammer, the first European leader to meet with Russian President Vladimir Putin in person since the invasion began, said he thinks the Russian president believes the war is necessary for his country's security.

"I think he is now in his own war logic," Nehammer said in an interview with NBC's "Meet the Press", portions of which were released Saturday.

"I think he believes he is winning the war." 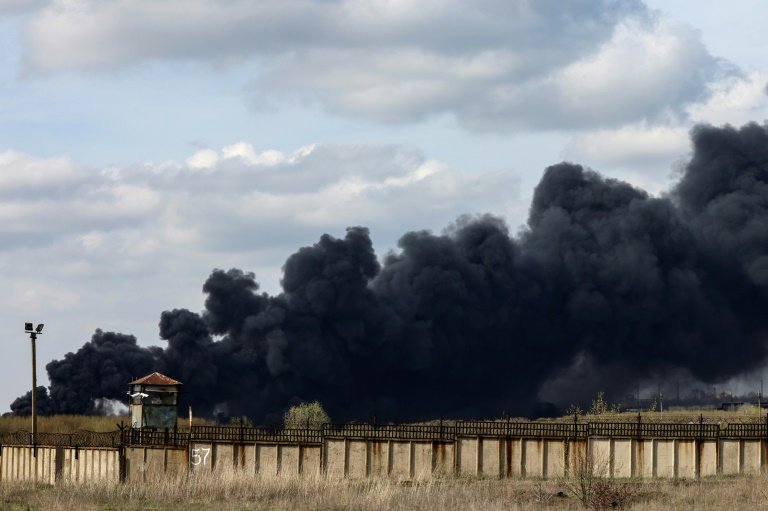 Russia warned the United States this week of "unpredictable consequences" if it sends its "most sensitive" weapons systems to Ukraine, as Zelensky has requested.

Its defence ministry claimed Saturday to have shot down a Ukrainian transport plane in the Odessa region, carrying weapons supplied by Western nations.

Russia's apparent new focus on seizing the eastern Donbas, where Russian-backed separatists control the Donetsk and Lugansk areas, would allow Moscow to create a land corridor to occupied Crimea.

Ukrainian authorities have urged people in the region to quickly leave ahead of what is expected to be a large-scale Russian offensive.

In Geneva, the UN refugee agency UNHCR warned that many of the nearly five million people who have fled the conflict will not have homes to return to.

Many have gone abroad, with thousands seeking refuge in Israel, according to the country's immigration ministry figures.

Joining them are many Russians, too, who say they no longer feel safe in their home country under the increasingly repressive rule of Vladimir Putin.

"I lost my country. It was stolen from me. It was taken by Putin and those KGB thugs," Moscow-born linguist Olga Romanova told AFP.