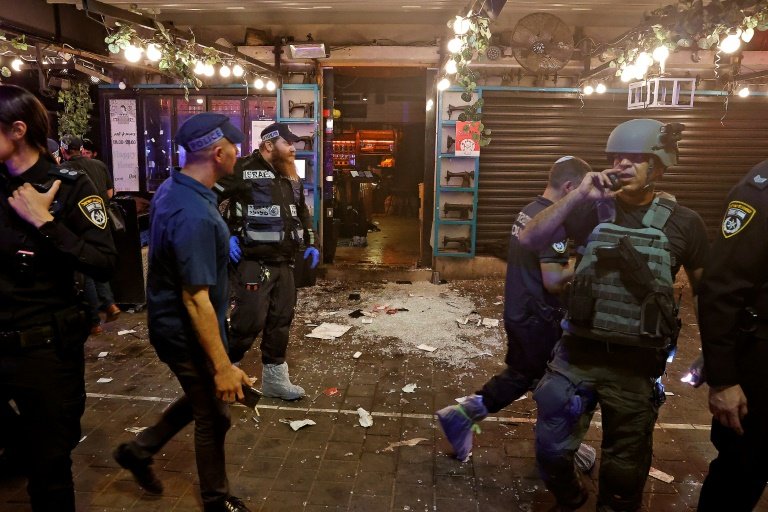 Israeli police arrive at the aftermath of a shooting attack in Dizengoff Street in the centre of Tel Aviv -- at least two people were killed, a hospital statement said / © AFP

At least two people were killed Thursday and several wounded in a shooting spree in the Israeli coastal city of Tel Aviv, the latest in a surge of violence in Israel and the occupied West Bank since late March.

The attack sparked mayhem in Dizengoff Street, a popular nightspot full of bars and restaurants.

It was not immediately clear who was responsible for the shooting, which came with Israeli security forces already on high alert.

But the Palestinian Islamist movement Hamas, which controls the Gaza Strip, and the Islamic Jihad welcomed the attack.

Witnesses told AFP that they heard gunfire and saw scenes of chaos.

"It's an atmosphere of war. Soldiers and police are everywhere... They searched the restaurant, and people are crying," said Binyamin Blum, who works in a restaurant near the scene. 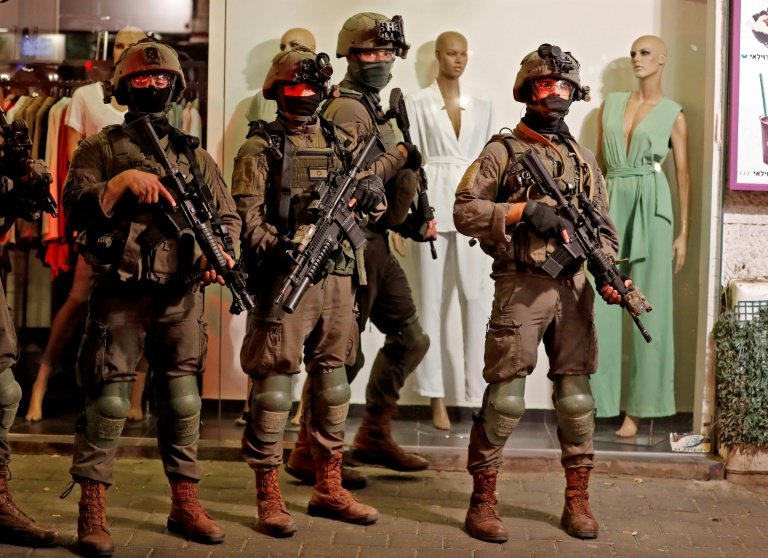 "Most of them were severely wounded with various kind of injuries mainly in the thoracic area, in the abdomen, and some in the face," hospital director Ronni Gamzu told AFP.

They cordoned off the scene of the attack, asking people to stay indoors "while they track down suspects", a police statement said.

US Secretary of State Antony Blinken condemned the "terrorist attack" and said Washington would "continue to be in regular contact with our Israeli partners, with whom we stand resolutely in the face of senseless terrorism and violence." 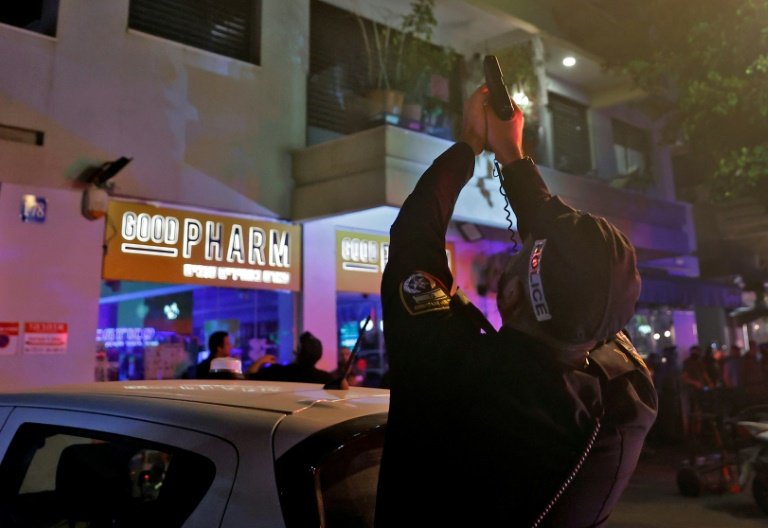 Outside a cafe, a man comforted a woman sitting on a bar stool as heavily armed police deployed nearby.

Brenda Ehrlich, 31, an insurance agent from the Tel Aviv suburb of Holon, said she learnt of the attack as she rode a bus into the city to celebrate a friend's birthday.

"I feel like I'm on high alert," she said, as she and her friends took cover.

"I feel like I need to look in all directions to not be caught by surprise. We were thinking of heading home but it feels a little dangerous so we might stay inside in Tel Aviv before we go home," Ehrlich added.

Prime Minister Naftali Bennett was at army headquarters in the coastal city receiving updates on the fourth attack in just over two weeks in Israel.

He sent his condolences to the bereaved families in a statement and said that "security forces are in pursuit of the terrorist who carried out the murderous rampage tonight in Tel Aviv."

"Wherever the terrorist is -- we'll get to him. And everyone who helped him indirectly or directly will pay a price," Bennett added.

On March 29, a Palestinian gunman opened fire with an M-16 assault rifle in Bnei Brak, a mostly Jewish Orthodox city near Tel Aviv.

He killed two Ukrainian men and two Israeli civilians. An Arab-Israeli officer died of wounds sustained in an ensuing gunfight that also killed the assailant.

On March 22, a convicted Islamic State group sympathiser killed four Israelis in a stabbing and car-ramming spree in the southern city of Beersheba.

In the wake of the previous attacks, Israeli security forces arrested dozens of people suspected of IS links.

And last Saturday, security forces killed three members of the Islamic Jihad militant group who had opened fire during an operation to arrest them near the northern West Bank city of Jenin.

Four Israeli soldiers were wounded, one of them seriously, in the operation, police said. 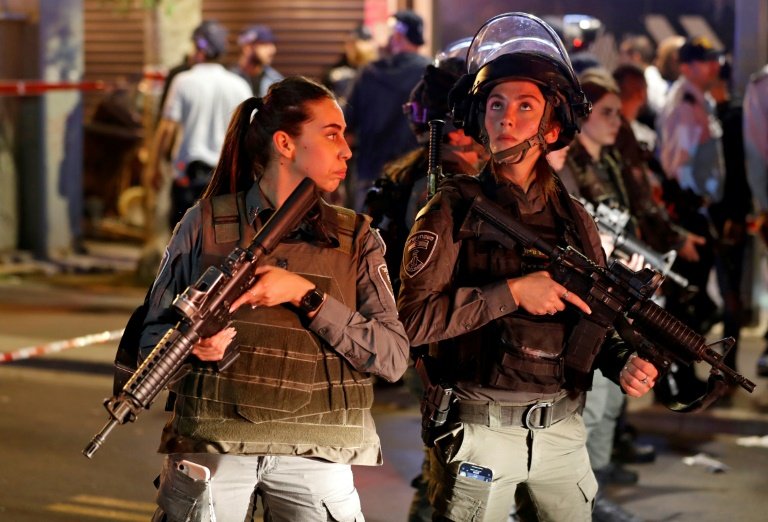 "Hamas congratulates the heroic operation that took place this evening, in the middle of so-called Tel Aviv, which led to the killing of a number of occupying soldiers and Zionist settlers," it said in a statement.

"It is a natural response in defence of our people and our sanctity and sanctuary."

There was also praise from the Gaza-based Islamic Jihad.

The Tel Aviv attack also came with Israeli police on alert for the first Friday prayers of the Muslim holy month of Ramadan at Al-Aqsa Mosque in annexed east Jerusalem.

The third-holiest site in Islam, it is a flashpoint in the long-running Middle East conflict and scene of frequent clashes.

Last year, nightly demonstrations in Jerusalem and the Al-Aqsa compound escalated into 11 days of war between Israel and Hamas.