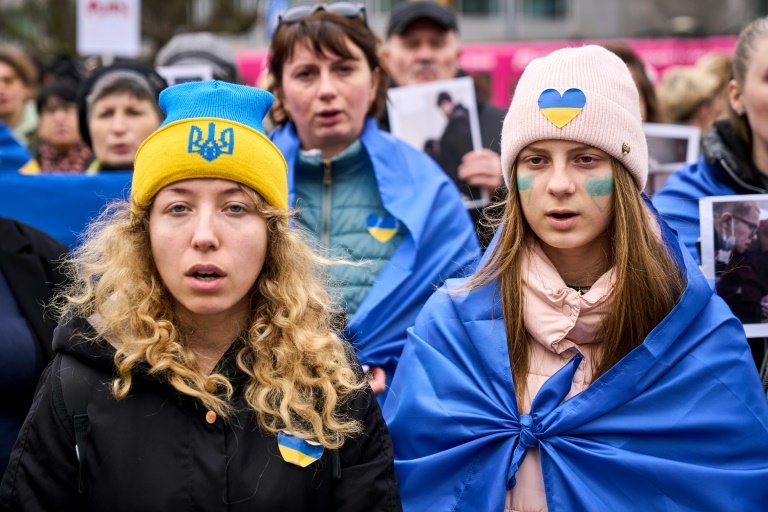 The UN's top court on Wednesday ordered Russia to suspend its invasion of Ukraine, saying it was "profoundly concerned" by Moscow's use of force.

Kyiv hailed the verdict as a "complete victory" saying it will continue to pursue the case "until Ukrainian people can go back to normal life."

The International Court of Justice judgement comes as Moscow's forces remained in place around major cities including the Ukrainian capital and the UN said more than three million people have fled the fighting.

Kyiv dragged Moscow before the Hague-based ICJ days after Russia's invasion on February 24.

It asked the legal body to intervene, saying Moscow was falsely alleging genocide in Ukraine's Donetsk and Lugansk regions to justify its attack.

Kyiv wanted urgent measures to stop the fighting which the UN's human rights agency has claimed at least 1,834 civilian casualties.

"The Russian Federation shall immediately suspend military operations that it commenced on 24 February on the territory of Ukraine," pending the final decision in the case, presiding judge Joan Donoghue said at the hearing, held at the court's headquarters at the Peace Palace building.

"The court is profoundly concerned about the use of force by the Russian Federation which raises very serious issues in international law," Donoghue said.

"We will remain here until people can go back to their normal lives," added another representative, Oksana Zolotaryova.

There were no Russian representatives present at the sitting.

Outside the premises, dozens of protesters gathered, many carrying placards saying, "Stop Putin" and "Shelter our Skies," in a reference to Ukrainian President Volodymyr Zelensky's request for NATO to impose a no-fly zone over Ukraine.

Russia snubbed hearings on March 7 and 8, arguing in a written filing that the ICJ "did not have jurisdiction" because Kyiv's request fell outside of the scope of the 1948 Genocide Convention on which it based its case.

Moscow also justified its use of force in Ukraine, saying "it was acting in self-defence."

But the ICJ ruled it had jurisdiction in the case, with Donoghue pointing out the ICJ currently "is not in the possession of evidence substantiating the allegation of the Russian Federation that genocide has been committed on Ukrainian territory."

The judge added that although countries had a right to defend against alleged genocide, it needed to "happen in the spirit and aims of the United Nations."

Donoghue said it was doubtful that the Genocide Convention authorised a contracting country's "unilateral use of force in the territory of another state for the purpose of preventing or punishing an alleged genocide."

The ICJ was set up after World War II to rule on disputes between UN member states, based mainly on treaties and conventions.

Although its rulings are binding, it has no real means to enforce them.

A full hearing into the content of the case could still take years, experts said.

Judges on Wednesday also ordered Moscow to ensure that military or irregular armed units "take no further steps" in furthering its offensive.

But "whether Russia will oblige is an entirely different question", said Marieke De Hoon, assistant international criminal and public law professor at the University of Amsterdam.

The case is also separate from a Ukraine war crimes investigation launched by the International Criminal Court (ICC), a separate tribunal also based in The Hague.