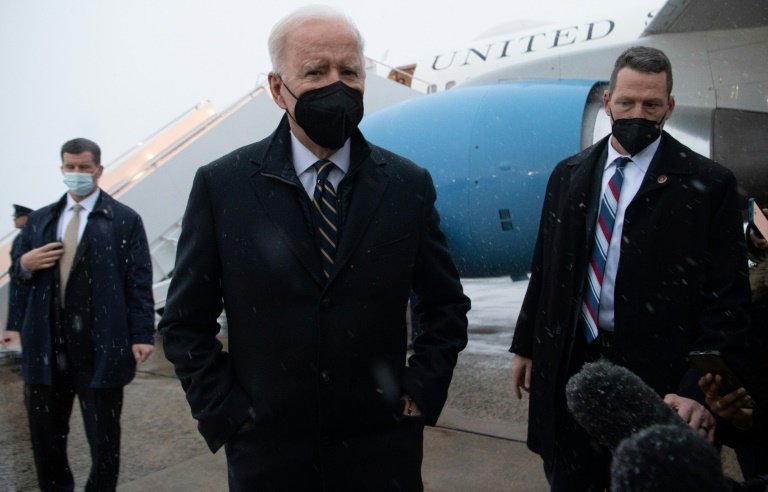 Kyiv on Saturday urged the West to remain "vigilant and firm" in its talks with Russia, as US President Joe Biden announced a small troop deployment to eastern Europe amid fears Moscow could order the invasion of Ukraine.

Britain is set to double the NATO force with troops, weapons, warships and jets, Prime Minister Boris Johnson said Saturday, as Washington warned the Kremlin had massed enough troops and hardware at the border to threaten the whole of Ukraine.

As top US defence officials have called for further diplomatic efforts to avert a "horrific" conflict, Western leaders have scrambled to defuse the crisis by reaching out to Russian President Vladimir Putin, while also trying to keep the pressure up by vowing unprecedented sanctions should he send in his forces.

As Ukrainian President Volodymyr Zelensky on Friday urged his Western partners to avoid stirring "panic" over the massive Russian troop buildup, Putin and French President Emmanuel Macron agreed on the need for de-escalation.

According to a Macron aide, Putin told the French leader in a call lasting more than an hour that he had "no offensive plans".

In Washington, Biden nevertheless said he would soon send a small number of US troops to bolster the NATO presence in eastern Europe as tensions remain heightened. 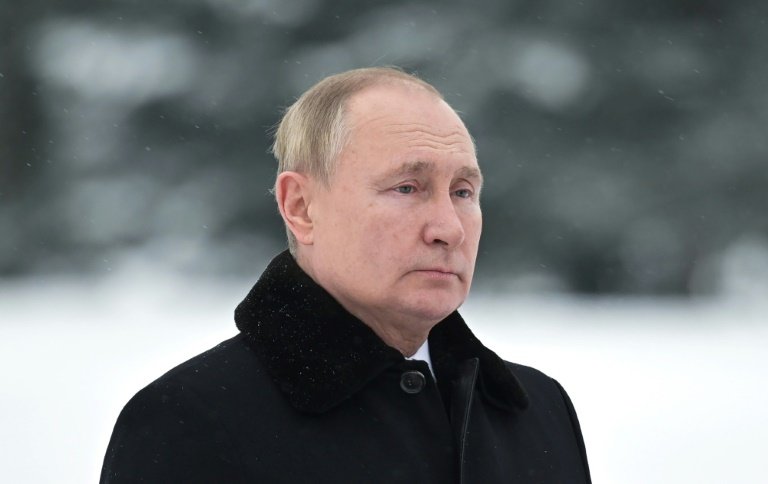 The United States already has tens of thousands of troops stationed across mostly Western Europe.

France said Saturday that it was planning to send hundreds of troops to eastern NATO ally Romania as part of a deployment first touted by Macron earlier this month.

"This package would send a clear message to the Kremlin -- we will not tolerate their destabilising activity, and we will always stand with our NATO allies in the face of Russian hostility," he said.

Ukraine's Foreign Minister Dmytro Kuleba on Saturday issued a call for the West to remain "vigilant and firm in contacts with the Russian side" in a conversation with French counterpart Yves Le Drian.

The talks underlined the need to "refrain from steps that could fuel anxiety" in Ukrainian society and "undermine the financial stability" of the post-Soviet country, a Ukrainian statement said.

Le Drian is expected to visit Ukraine together with his German counterpart Annalena Baerbock on February 7-8 as part of a flurry of diplomacy.

Britain's Johnson is expected to speak with Putin before heading to the region next week, adding to the chorus of Western leaders urging him to back down.

Polish Prime Minister Mateusz Morawiecki is due in Kyiv on Tuesday to meet the president and prime minister.

Since October, Russia has amassed more than 100,000 combat troops and equipment, as well as support forces, along its frontier with Ukraine and more recently in Belarus, which borders Ukraine on the north. 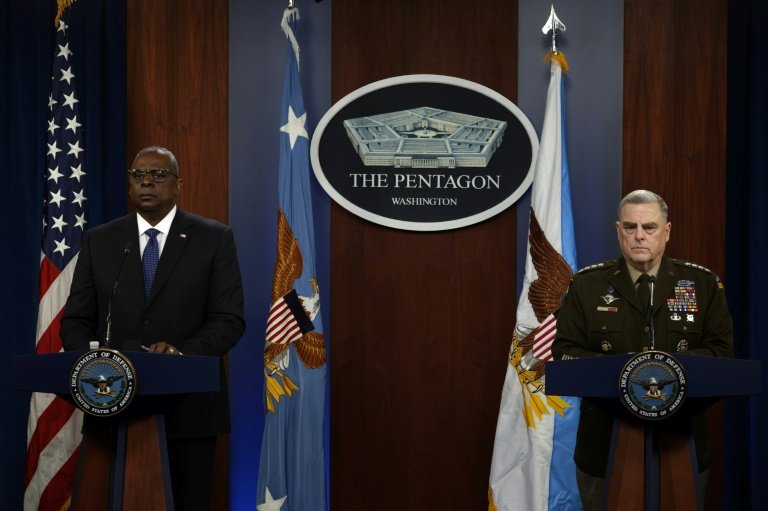 Western officials say Russia has also mustered more air and sea assets in the region, creating a complex threat like none seen since the Cold War / © GETTY IMAGES NORTH AMERICA/AFP

Western officials say Russia has also mustered more air and sea assets in the region, creating a complex threat like none seen since the Cold War.

Moscow has demanded wide-ranging security guarantees, including that Ukraine never be allowed to join NATO.

The West has rejected Russia's key demands such as stopping new members from joining the alliance, but has laid down a raft of areas where it sees room to negotiate with the Kremlin.

To Macron, Putin made clear that the written responses from the West to his demands had fallen short of expectations.

"The US and NATO responses did not take into account Russia's fundamental concerns including preventing NATO's expansion," Putin said, according to the Kremlin's readout of the call.

He added that the West had ignored the "key question", that no country should strengthen its security at the expense of others, adding Russia would "carefully study" the responses, "after which it will decide on further actions".

Russia has also demanded a pullback of NATO forces deployed to eastern European and ex-Soviet countries that joined the alliance after the Cold War.

Ukraine has turned increasingly to the West since Moscow seized the Crimea peninsula in 2014 and began fuelling a separatist conflict in the east of the country that has cost over 13,000 lives.

In the face of Russia's latest buildup, some Western allies -- led by the US -- have stepped up deliveries of arms to Kyiv that could be used to ward off an attack.