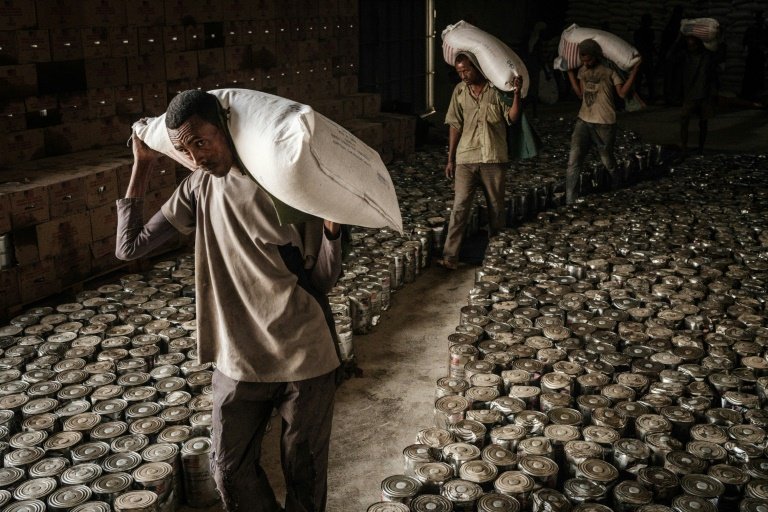 Nearly 40 percent of people in Ethiopia's Tigray are suffering "an extreme lack of food" in the face of an extended de-facto blockade of the war-hit region, a UN agency said Friday.

The dire assessment published by the World Food Programme (WFP) comes as humanitarian groups are forced to increasingly curtail activities because of fuel and supply shortages, with aid having to be delivered by foot.

Fresh fighting in northern Ethiopia, which has been gripped by deadly conflict for almost 15 months, is also limiting avenues for getting in aid.

The data was included in what the WFP described as the first reliable food security assessment conducted since a UN report more than six months ago, which estimated that hundreds of thousands of people in Tigray faced "famine-like conditions."

The new assessment found 4.6 million people in Tigray -- or 83 percent of the population -- were food-insecure, two million of them "severely" so.

"Families are exhausting all means to feed themselves, with three quarters of the population using extreme coping strategies to survive," WFP said in a statement.

"Diets are increasingly impoverished as food items become unavailable and families rely almost exclusively on cereals while limiting portion sizes and the number of meals they eat each day to make whatever food is available stretch further," it added.

WFP also sounded the alarm about rising hunger in neighbouring Amhara and Afar regions, which have been hit hard by fighting in recent months.

"WFP is doing all it can to ensure our convoys with food and medicines make it through the frontlines," said WFP's East Africa director, Michael Dunford.

"But if hostilities persist, we need all the parties to the conflict to agree to a humanitarian pause and formally agreed transport corridors, so that supplies can reach the millions besieged by hunger," Dunford said.

After initially losing control of Tigray's cities and towns, the TPLF regrouped and retook the region in June, then launched offensives into Afar and Amhara. 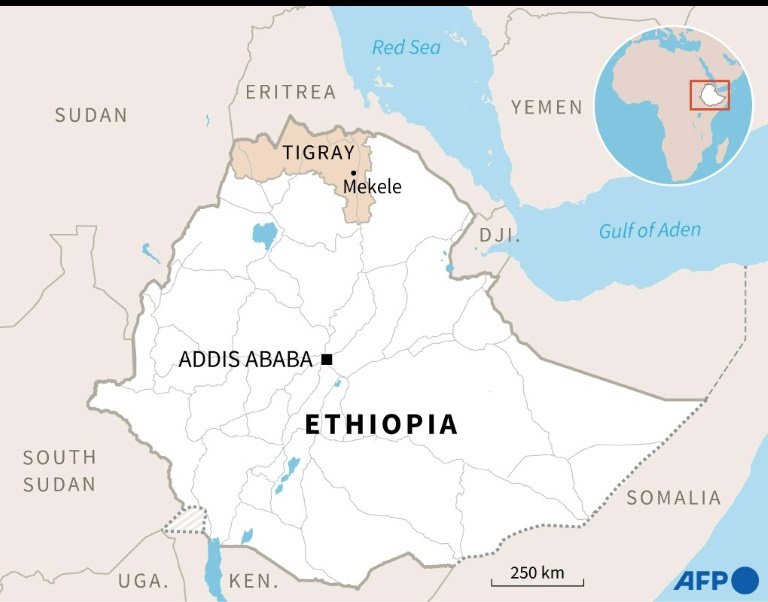 In November 2021 the rebels claimed to be within roughly 200 kilometres (125 miles) of the capital Addis Ababa, prompting hasty evacuations as countries including the US and France urged their citizens to leave.

The government launched a counter-offensive, however, retaking lost territory in Amhara and Afar.

This week the TPLF said it had begun "robust" military operations in Afar, describing the move as a response to attacks by pro-government forces on its positions.

Tigray itself has for months been subject to what the UN says is a de-facto blockade.

The UN's humanitarian coordination office OCHA on Friday said all international aid groups in the region were completely out of fuel and had been reduced to delivering assistance to malnourished civilians on foot.

Local groups were also struggling to reach people in need because of fuel and cash shortages, it said.

OCHA spokesman Jens Laerke said without aid delivery picking up, "we will be unable to provide anything by the end of February."

"That is the very stark warning we are getting now," he told reporters in Geneva on Friday.

Malnutrition continues to soar, OCHA said, with 4.2 percent of screened children diagnosed with severe acute malnutrition during the latest week for which data is available -- "a seriously alarming level".

Tigray's pre-war government said this week it had recorded 369 deaths of children under five that it attributed to the blockade, up from nearly 200 in November.

The figure could not be independently verified.