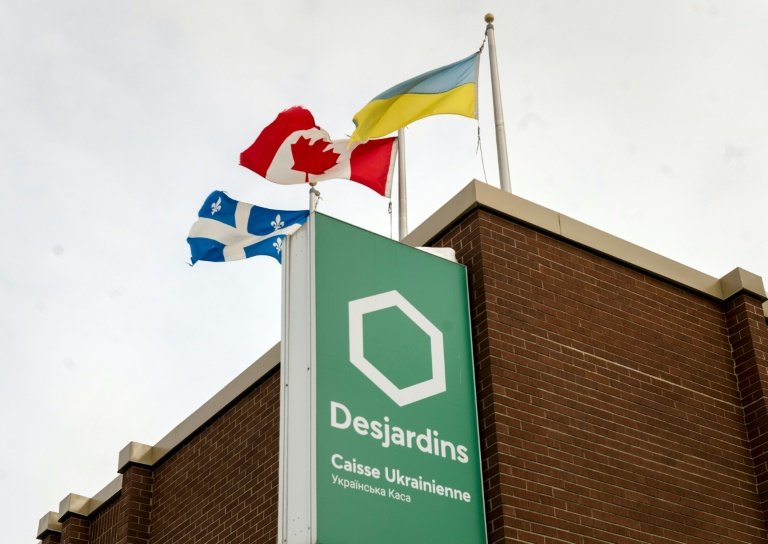 Businesses in Rosemont, in Montreal, Canada, cater to a Ukrainian-origin population worried over the rising tensions between Russia and Ukraine and how the crisis might play out / © AFP

Worried and helpless, members of the Ukrainian community in Canada are closely following the crisis involving their home country from the other side of the globe.

Many in the community, the second-largest overseas population of Ukrainian origin in the world, are pessimistic about how the increasingly tense situation on the border between Ukraine and Russia will play out.

"Despite all the difficulties, we always hoped that things would progress like a normal European country," said Michael Lichacz, a 77-year-old Montreal resident whose father was Ukrainian.

But the current crisis between Moscow and Kiev is "worse than a nightmare," Lichacz, who was born in Canada but speaks Ukrainian fluently, told AFP while shopping at an Eastern European grocery store.

Hostilities have only grown in recent months as Moscow has been accused by the West of amassing more than 100,000 troops on the border as a lead-up to a potential invasion.

Russia, for its part, has demanded guarantees for its own security, including pushing back on the idea of its neighbor and former Soviet state joining the NATO alliance.

Lichacz says he is so overwhelmed by the circumstances that he still has trouble believing it's all real.

His grandparents were part of the "first wave" of Ukrainian immigrants to arrive in Canada more than a century ago, before the first World War.

The second large influx of immigrants from Ukraine came during the inter-war period of the last century, when they joined already established communities in Canada's central-west region. A third wave came after World War II.

Nearly 1.4 million Canadians, or 3.8 percent of the population, is of Ukrainian origin, the majority of whom were born in Canada. 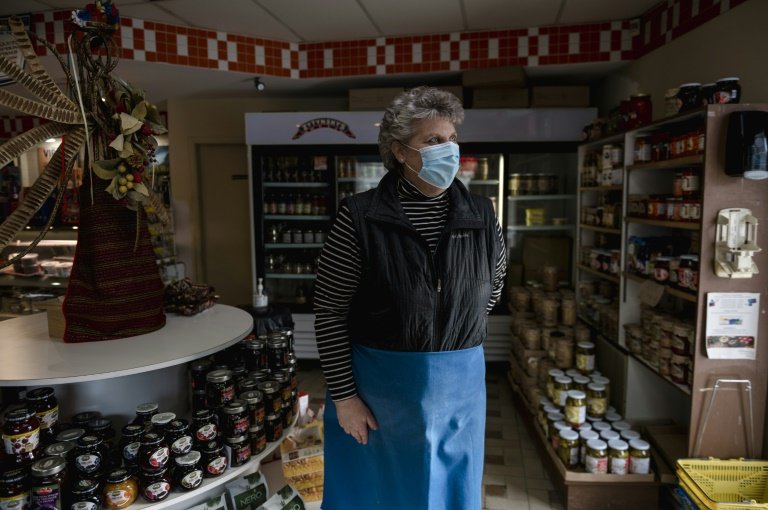 Angel Zytynsky, a third generation Ukranian and deli owner in the Rosemont area of Montreal, Canada, is among several in the community closely monitoring the crisis between their country of origin and Russia / © AFP

"We're very nervous about the escalation of aggression by the Russian president and forces," Ihor Michalchyshyn, the head of the community organization Congress of Ukrainian Canadians (CUC), told AFP.

"We're hopeful that Canada will quickly join the growing list of countries that sends weapons, and sanctions the Russian Federation" in response to Russian "aggressions," he said.

"The nightmare scenario for me -- for the world, I think -- is a full-scale, large invasion by Russian air and ground forces," Michalchyshyn said.

Fears over Eastern European relations are just as acute across the country in Alberta, the province that has the second-largest community of Ukrainians in Canada after Ontario.

"I'm feeling so worried," Valentina, who has lived in the city of Edmonton for about a decade and prefers to not share her full name, told AFP. "Everyone is."

"Everybody's understanding who Putin is," she said.

Valentina, who was born in a town 200 kilometers (125 miles) from Kyiv, said she is worried for her brothers and other members of her family who still live there, referencing their fear that the situation will deteriorate further.

"Everybody knows that Russian armies are stronger than other countries," said the 35-year-old, who works at a Ukrainian restaurant in the Alberta capital. 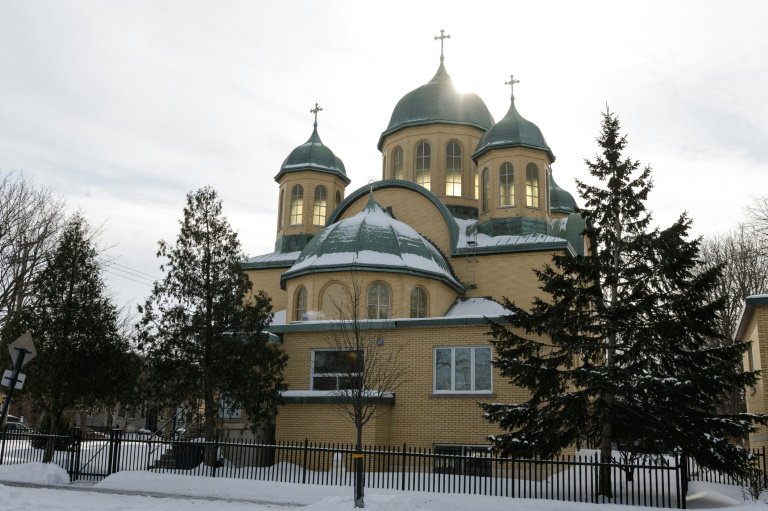 The Sainte-Sophie Ukrainian Orthodox Cathedral is seen in an area heavily populated by the overseas Ukrainian community in Rosemont, Montreal, Canada / © AFP

"We have seen the Russian armed forces on the border, and nobody knows exactly what is going to happen," said Michael Schwec, a CUC member in Quebec recalling Russia's 2014 seizure of Ukraine's Crimea.

For now, many are still hopeful that diplomatic efforts between NATO allies will pay off, and urge Canada to step up aid to the Ukrainian government.

After announcing a CAN$120 million (84.3 million euros) loan to Ukraine last week, the government of Prime Minister Justin Trudeau said Wednesday that Canada would extend an ongoing military training exercise and send non-lethal supplies such as bulletproof vests and other equipment.