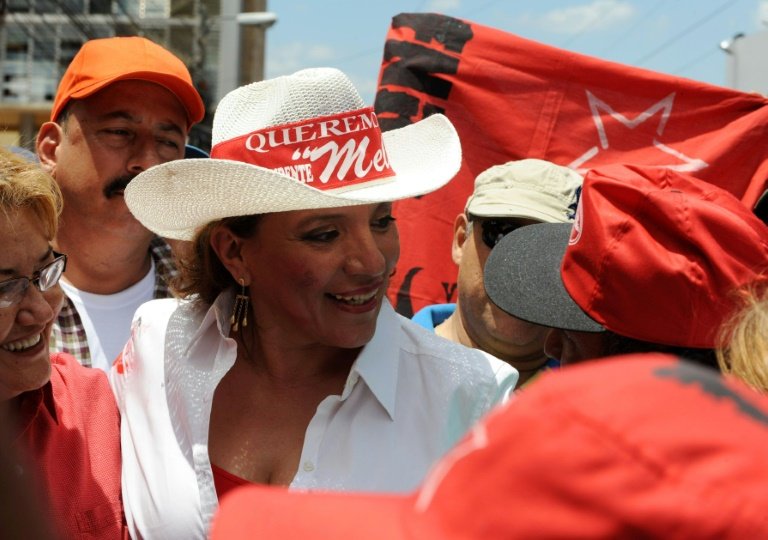 Honduras's former first lady Xiomara Castro forged her political career at the head of protests against the coup d'etat that ousted her husband, Manuel Zelaya, in 2009.

On Thursday, the 62-year-old was sworn in as the country's first woman president amid a political rebellion in her leftist Libre party that challenged her authority even before her term began.

In elections last November, Castro and Libre unseated the right-wing National Party (PN) after 12 years in power, with promises of fighting corruption, crime and poverty.

"A woman is needed... to manage the funds with transparency," she had said on the campaign trail, alluding to accusations of corruption and links to drug trafficking hanging over her predecessor, the PN's Juan Orlando Hernandez.

Castro, trained in business administration, never set out to be a politician, but was forced into the public eye by the 2009 coup backed by Honduras's military, business elites and the political right.

Her popularity stems in large part from her defense of the poor -- even before joining politics she was involved in charity organizations.

But in a deeply conservative and macho country, she faces the twin difficulties of opponents branding her a communist or a puppet of her husband.

"The shadow of Zelaya weighs heavily on her, and in Honduran society some people can assume that Zelaya is the power behind the throne," sociologist Eugenio Sosa told AFP.

Zelaya, 69, insists his wife had always played a leading role behind the scenes.

"We had a political agreement: I managed things in the streets and she managed the family business" -- a farming enterprise cultivating livestock, dairy, wood and crops, he told AFP.

"Now she manages both and I keep out of it." 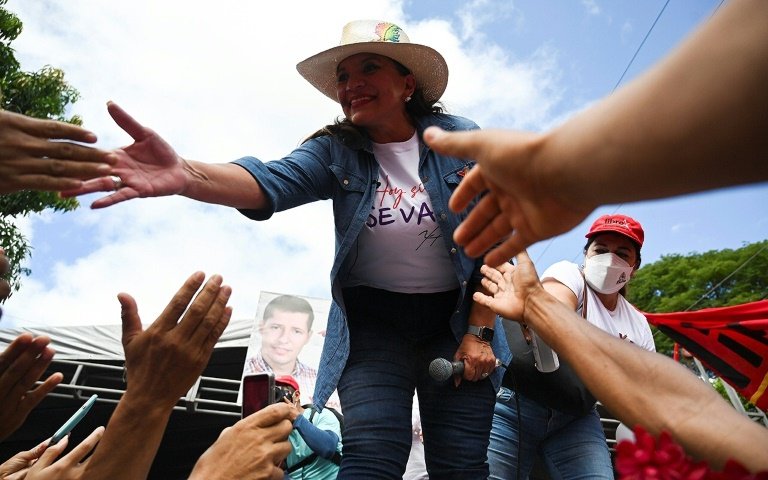 During the presidential campaign, the PN sought to discredit Castro by saying she would bring "communism" to Honduras.

The party also pointed to her support for legalized abortion and same-sex marriage -- thorny issues in much of socially conservative Central America.

She has sought to distance herself from the far-left economic models of Cuba and Venezuela that scare many voters, and has strived to allay the concerns of the business sector by insisting their investments are safe.

Castro ran in her first election in 2013, narrowly losing to Hernandez. She did not run in 2017, when he won re-election.

Castro was born into a middle-class Catholic family, attended a Catholic school, and married Zelaya when she was just 16 years old.

The couple have four children, and are grandparents.

"Without her support I would not have been able to get (to the presidency)," Zelaya has said of his wife, who he described as a woman "of strong character."

With their roles reversed, "now I support her," he said.

Castro's popular election campaign saw three other presidential candidates throw their weight behind her, including Salvador Nasralla of the Savior Party of Honduras (PSH), to whom the presidency of Congress was promised in an alliance deal.

The pact has, however, caused a schism within Libre, with rival members electing two Congress presidents at separate sittings of a divided legislature in recent days.

But by Thursday the matter appears to have been resolved after Castro offered rebel Jorge Calix, backed by almost a third of Libre members, a senior government job, leaving her choice -- the PSH's Luis Redondo -- as Congress president.

Castro needs a loyal Congress to back her agenda of corruption busting and poverty eradication.

More than seven in 10 Hondurans live in poverty, according to the Fosdeh NGO, and drug- and gang-related violent crime is rife.

Hondurans are fleeing the country in droves, often to the United States, in search of work and a better life.

Outgoing president Hernandez is accused by US prosecutors of protecting drug dealers in exchange for bribes. His brother Tony, a former PN lawmaker, is serving a life sentence in the United States for drug trafficking.