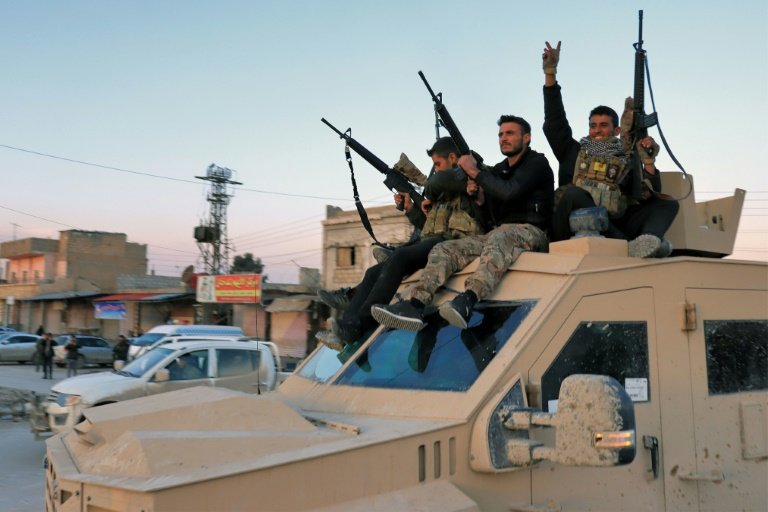 Kurdish-led forces on Thursday found dozens of jihadists holed up in a Syrian prison during mop-up operations after recapturing the facility from Islamic State group fighters.

An IS assault on the sprawling Ghwayran prison complex near the city of Hasakeh on January 20 sparked six days of fighting, in violence that claimed at least 235 lives.

It was the most high-profile attack launched by the jihadists since the loss of their "caliphate" nearly three years ago.

But search operations the next day found around 60-90 jihadists still holed up in one wing of the prison, the SDF said, adding that 3,500 IS members had so far surrendered to its troops.

"Our forces have made a call for safe surrender... and in case they did not surrender, we will deal with them firmly," said a statement from the SDF, the semi-autonomous Kurdish administration's de-facto army.

Sporadic clashes broke out again Thursday in the vicinity of the prison compound during the Kurdish mop-up operations, killing at least 12 jihadists, the Syrian Observatory for Human Rights said.

The bodies of five others were found inside the prison, added the Britain-based war monitor.

Hasakeh entered it's fourth day in lockdown with US-backed Kurdish forces blocking all entrances to the city to keep fleeing jihadists from crossing into other areas.

Around 45,000 people had fled their homes in Hasakeh to escape the violence, according to the United Nations, with many taking shelter in mosques or wedding halls inside the city.

On Thursday, families gathered at a checkpoint erected at the entrance to the neighbourhood of Ghwayran, pleading with security forces to let them through, an AFP correspondent reported.

"We came to check on our house," said Abu Hamza, who was waiting in the biting cold with his five children. 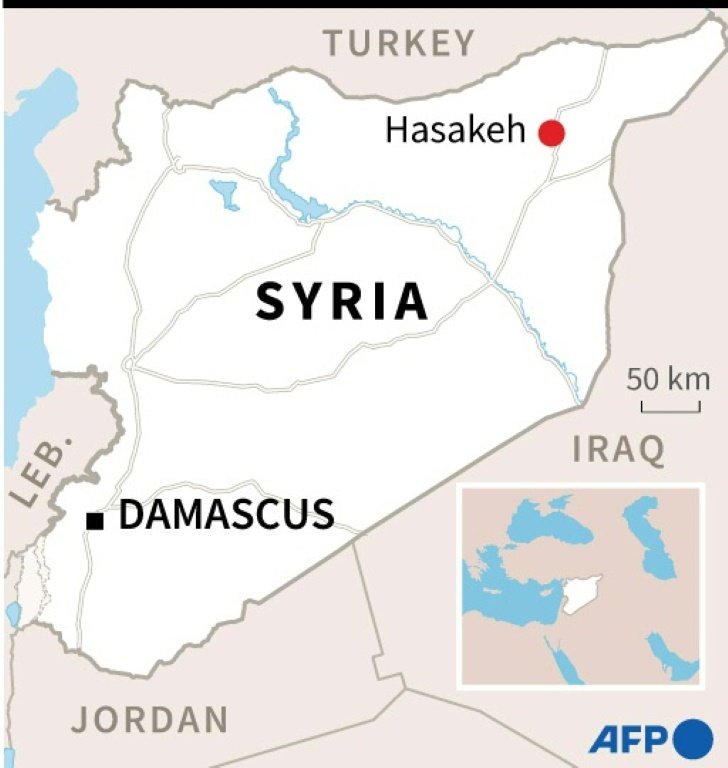 "But they turned us away because the situation is not good."

Nearby, two women carrying plastic bags packed with bread were also hoping to gain access to the neighbourhood where they said trapped civilians had been left without basic supplies for days.

"People have been left without bread, without water, without anything," one of the women told AFP.

"We came, and risked our lives to buy bread for the neighbourhood and we will distribute it," she said.

The Observatory said Kurdish forces combing areas inside the prison were proceeding with "great caution over fears of suicide bombers or landmines laid by the IS group".

It said 173 IS jihadists, 55 Kurdish fighters and seven civilians had been killed since the start of the assault.

"The fate of dozens of other people is still unknown," said the Observatory.

Around 120 SDF Kurdish fighters and members of the security forces were wounded and taken to hospital, "some in serious condition" it added.

The Kurdish authorities have insisted no inmates escaped from the compound but the Observatory, which relies on sources on the ground, has said significant numbers got away.

In New York, UN Under-Secretary-General for Humanitarian Affairs Martin Griffiths called for children trapped in the prison to be evacuated.

"We are extremely concerned about the hundreds of children trapped in a terrifying prison siege," he told the Security Council.

Ghwayran held an estimated 3,500 IS inmates, including around 700 minors, when the initial IS attack began with explosives-laden vehicles driven by suicide bombers.

"The Kurdish-led forces' recapture of the prison ends this immediate deadly ordeal, but the broader crisis involving these prisoners is far from over," Human Rights Watch warned on Wednesday. 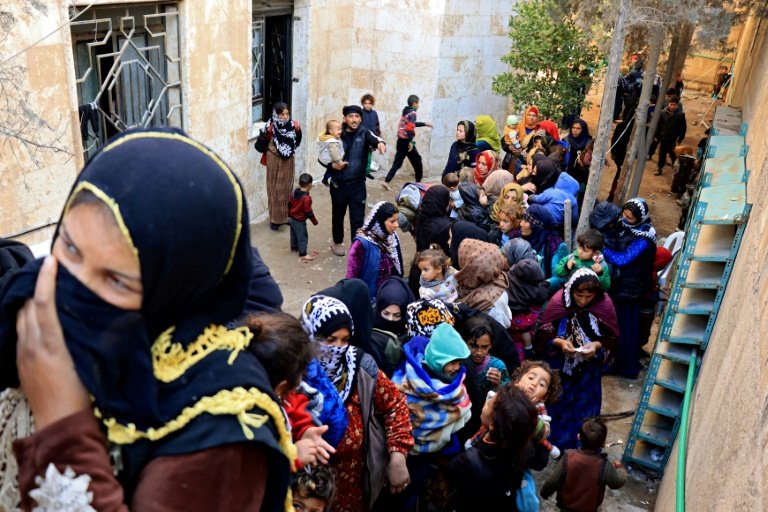 The UN said around 45,000 people had fled their homes in Hasakeh to escape the violence -- some found shelter inside the Mosaab bin Aamir Mosque, on January 26, 2022 / © AFP

"The US-led coalition and others involved need to quickly ensure that all prisoners, especially the wounded, ill and children, are safe and receive food, water and medical care," it added.

Prisoners who surrendered were being transferred to safer facilities as operations in Ghwayran continued, the SDF said.

Kurdish authorities say more than 50 nationalities are represented in Kurdish-run prisons holding more than 12,000 IS suspects.

The Kurdish administration has long warned it does not have the capacity to hold, let alone put on trial, all the IS fighters captured in years of operations.

The administration's foreign policy chief Abdulkarim Omar said it was up to the international community to put foreign jihadists on trial or repatriate them.

The IS threat is "like a fireball, it gets more dangerous and complicated with time," he told AFP.

The self-declared IS caliphate, established in 2014, once straddled large parts of Iraq and Syria.

After five years of military operations conducted by local and international forces, its last rump was eventually flushed out on the banks of the Euphrates in eastern Syria in March 2019.