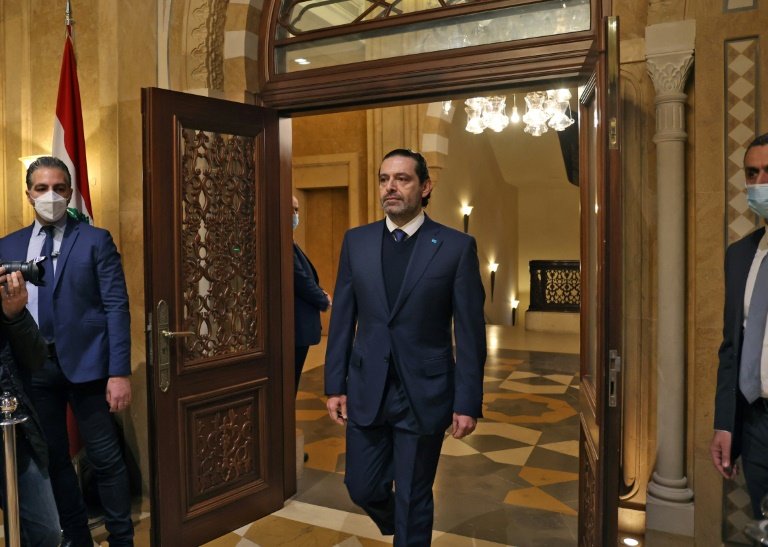 Former Lebanese prime minister Saad Hariri announced Monday he would not run in upcoming parliamentary elections and was withdrawing from political life.

The announcement could jeopardise the crisis-hit country's ballot altogether and marks the end of an era that saw the Hariri family dominate Lebanese Sunni politics since the end of the civil war in 1990.

The 51-year-old three-time premier, who was propelled into politics by his father Rafic's assassination in 2005, announced his decision during a press conference in the capital Beirut.

The Sunni Muslim leader said he was "suspending his work in political life" and urged fellow members of his Future party to also leave the political arena.

A tearful Hariri, who was first elected to parliament in 2005, declared he would not run in the legislative polls due in May.

"I am convinced there is no room for any positive opportunity for Lebanon due to Iranian influence, international upheaval, national division, sectarianism, and the collapse of the state," he said.

Iran backs Hezbollah, a Shiite movement that wields considerable influence in Lebanese politics and which Hariri blames for his father's killing.

Hariri is also a citizen of Iran's arch-foe Saudi Arabia, where he was born in 1970.

His political fortunes took a turn for the worse when the regional powerhouse that had traditionally backed his father and his Future movement withdrew its support in 2017.

Lebanon is grappling with an economic crisis that has seen the currency lose more than 90 percent of its value on the black market.

Food prices have skyrocketed and around 80 percent of the population now live below the poverty line, according to the United Nations.

Potential donors have repeatedly said any restoration of aid is dependent on the establishment of a viable government committed to rooting out corruption.

Hariri's withdrawal from the electoral process could cast doubt over the upcoming vote, seen as a key step in meeting the demands of the international community.

"I see this is as the makings of a Sunni boycott of the upcoming Lebanese parliamentary elections, which will most likely be postponed," said Maha Yahya, an analyst with the Carnegie Middle East Center.

"This move will fuel sectarian tensions, and rally the Sunni partisans," she said.

In Lebanon's post-war power-sharing system, the prime minister should be a Sunni Muslim, the speaker a Shiite and the president a Maronite Christian.

Hariri first became prime minister in 2009, forming a unity government with Hezbollah and its allies after marathon negotiations.

The Tehran-backed group abruptly withdrew its ministers in 2011 and the government collapsed, after which Hariri stayed in self-imposed exile in France and Saudi Arabia.

He returned to back a successful 2016 presidential bid by Michel Aoun, a Christian ally of Hezbollah, and formed a new unity government.

He resigned in 2019, days after the eruption of an unprecedented popular uprising demanding an end to corruption and the wholesale removal of the ruling political elite.

Hariri was designated again in October 2020 to form a technocratic government but he failed to broker a cabinet deal and eventually threw in the towel.

His announcement had been anticipated for days but his speech sparked angry reactions among some of his supporters, who torched tyres and blocked streets in some of the capital's Sunni strongholds.