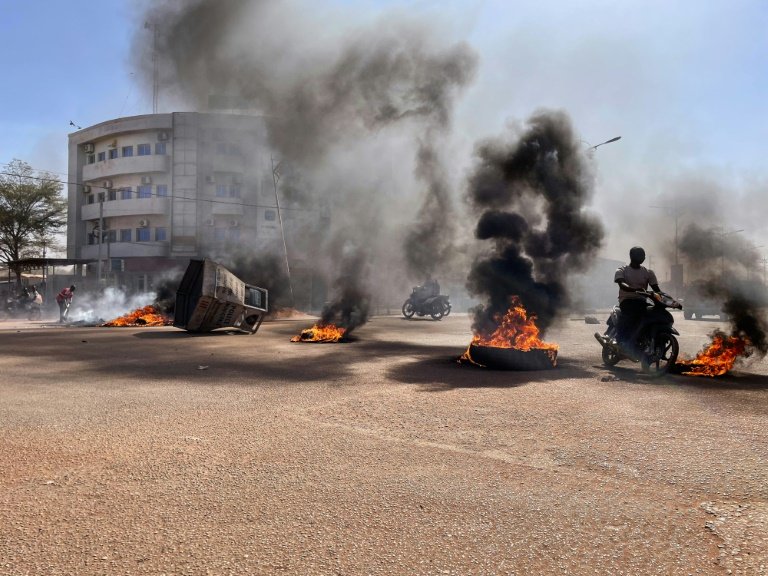 Shots were heard late Sunday near the home of Burkina Faso's president after soldiers staged mutinies at several barracks to demand the sacking of the country's military top brass and more resources for the battle against Islamist insurgents.

Residents also reported they saw a helicopter above the private residence of President Roch Marc Kabore in the capital Ouagadougou.

It followed gunfire earlier Sunday at several army bases, prompting fears of yet another coup in a volatile West African country prone to military takeovers.

Meanwhile, demonstrators protesting over the government's handling of the jihadist threat set fire to the headquarters of the ruling party. 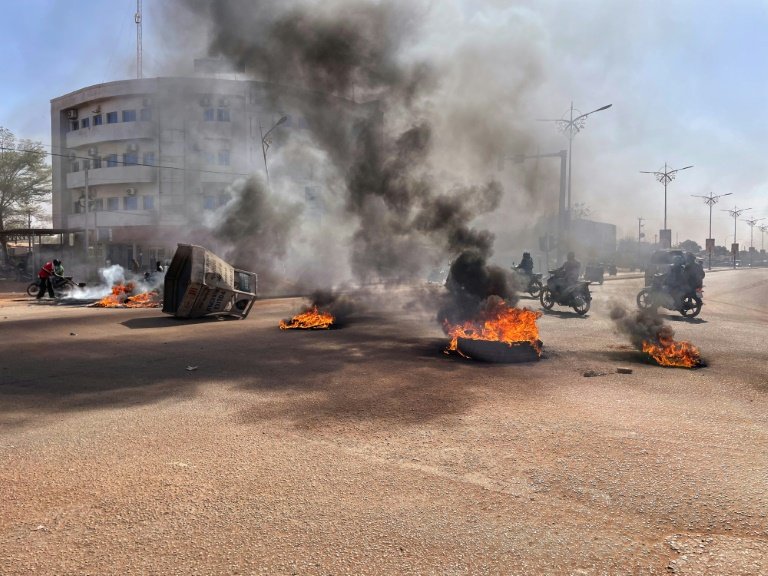 But the government quickly denied rumours of a putsch, and a list of demands presented by the rebellious troops made no mention of trying to oust Kabore, while emphasising the need for a better anti-jihadist strategy.

"We want adequate resources for the battle" against Islamist extremists, a soldier from the Sangoule Lamizana base in Ouagadougou said in a voice recording received by AFP.

The disaffected soldiers also wanted top generals to be "replaced", better care for wounded troops and more support for the families of soldiers killed in battle, the spokesman for the mutinous troops added in the anonymous recording.

The authorities declared an overnight curfew from 8:00 pm (2000 GMT) Sunday "until further notice" and the education ministry said schools would be closed Monday and Tuesday across the poor landlocked country.

The unrest comes a little over a week after 12 people, including a senior army officer, were arrested on suspicion of planning to "destabilise" Burkina's institutions.

Residents in the Gounghin district, where the Sangoule Lamizana base is situated, reported seeing soldiers firing in the air and sealing off the area around the barracks.

Shots were also heard at the Baby Sy barracks in the south of the capital, as well as at an air base near the airport, which was also surrounded by soldiers wearing balaclavas, witnesses said.

There was also gunfire at bases in the northern towns of Kaya and Ouahigouya, residents there told AFP, and mobile internet services were cut.

The government moved quickly to try to restore control. 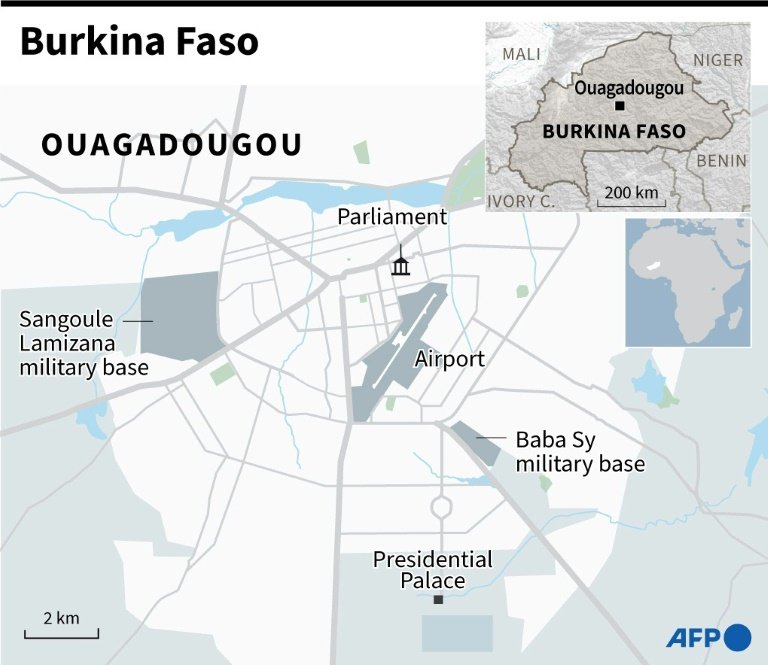 "Information on social media would have people believe there was an army takeover," government spokesman Alkassoum Maiga said in a statement.

"The government, while acknowledging that there was gunfire in some barracks, denies this information and calls on the public to remain calm."

Defence Minister General Barthelemy Simpore said on nationwide TV that "none of the republic's institutions has been troubled" by the revolt.

He added that there were "localised, limited" incidents "in a few barracks", and that he was investigating.

Police fired tear gas to break up a rally by around 100 people who gathered at a square in central Ouagadougou to show support for the mutiny, an AFP correspondent reported.

Sangoule Lamizana camp houses a military prison where General Gilbert Diendere -- a former right-hand man to deposed president Blaise Compaore -- is serving a 20-year term for an attempted coup in 2015.

He is also on trial for his alleged part in the 1987 assassination of the country's revolutionary leader, Thomas Sankara, during a putsch that brought Compaore to power.

Compaore, overthrown by a popular uprising in 2014, fled to Ivory Coast, and is being tried in absentia for the assassination.

The latest turbulence coincides with a jihadist insurgency that swept in from neighbouring Mali in 2015, overwhelming Burkina's poorly trained and badly equipped armed forces.

Anger at Kabore's failure to stem the bloodshed has risen, spilling over into clashes with the security forces.

On November 27, dozens were injured when hundreds turned out to protest.

Among the soldiers arrested this month over the plot to "destabilise institutions" was Lieutenant-Colonel Emmanuel Zoungrana, who had been commanding anti-jihadist operations in the former French colony's badly hit western region.

In a statement, the Economic Community of West African States (ECOWAS) said it was very concerned at the situation and expressed its solidarity with Kabore, the government and its people.