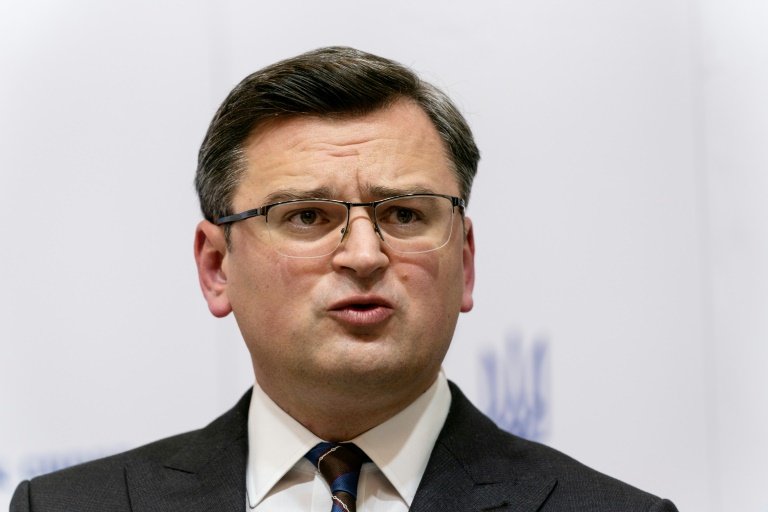 Ukraine's Foreign Minister Dmytro Kuleba on Saturday condemned Germany for its refusal to supply weapons to Kyiv, urging Berlin to stop "undermining unity" and "encouraging Vladimir Putin" amid fears of a Russian invasion.

In a separate development, Germany's naval chief Kay-Achim Schoenbach announced his resignation late Saturday, after Ukraine summoned the German ambassador to Ukraine, to protest remarks the vice-admiral had made on the crisis.

Kyiv's foreign ministry stressed "the categorical unacceptability" of Schoenbach's comments, who had said the idea that Russia wanted to invade Ukraine was "nonsense", and that Putin probably deserved respect.

With tens of thousands of Russian troops gathered on the Ukrainian border, fears are mounting that a major conflict could break out in Europe.

Ukraine's calls to Western allies to bolster its defence capabilities have seen the United States, Britain and Baltic states agree to send to Kyiv weapons, including anti-tank and anti-aircraft missiles.

Kuleba said on Twitter that Germany's statements "about the impossibility of supplying defence weapons to Ukraine" did not match "the current security situation".

Ukraine's minister stressed that "today the unity of the West in relation to Russia is more important than ever.

"The German partners must stop undermining unity with such words and actions and encouraging (Russian President) Vladimir Putin to launch a new attack on Ukraine," Kuleba said.

Ukraine is "grateful" to Germany for the support it has already provided, but its "current statements are disappointing", he added.

Ukraine's foreign ministry added in a statement that it wanted to express its "deep disappointment" at the German's government's "failure to provide defence weapons to Ukraine".

Berlin has already delivered respirators to Ukraine and severely injured Ukrainian soldiers are currently being treated in Bundeswehr hospitals, she told Welt am Sonntag newspaper.

"Weapons deliveries would not be helpful at the moment -- that is the consensus within the government," Lambrecht said.

Moscow insists it has no plans to invade Ukraine but has at the same time laid down a series of security demands -- including a ban on Ukraine joining NATO -- in exchange for de-escalation.

Germany's navy chief Schoenbach, said meanwhile that he had submitted his resignation "to avoid any more damage being done to the Germany navy and above all, to the German Federal Republic".

He had already made it clear in a tweet earlier Saturday that his comments -- made at a think-tank gathering in New Delhi on Friday -- did not represent the government's view and had been ill-advised.

A German defence ministry official told AFP Schoenbach would leave his post "with immediate effect". Earlier, a ministry statement made it clear the vice-admiral's comments did not reflect Germany's position.

In a video posted online Schoenbach had said Putin "is to be respected".

"It's easy to give him the respect he wants, and probably deserves as well," he said in the video.

Russian troops are massed on Ukraine's border, along with an arsenal of tanks, fighting vehicles, artillery and missiles.

Although Moscow has denied it plans to invade, the White House has said it believes an attack could now come "at any point".