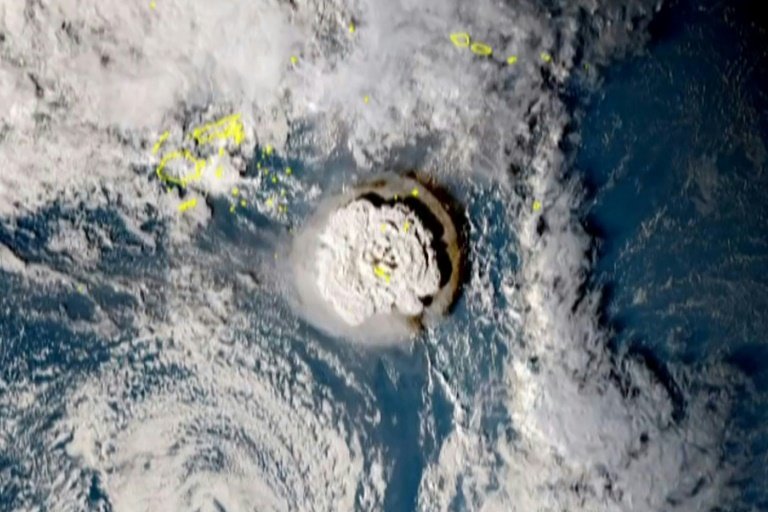 A satellite image on January 15, 2022 shows the volcanic eruption that provoked a tsunami in Tonga / © NATIONAL INSTITUTE OF INFORMATION AND COMMUNICATIONS (JAPAN)/AFP/File

Two women drowned on a beach in northern Peru due to "anomalous waves" registered after the volcanic eruption in Tonga, more than 10,000 kilometers away, local emergency services said on Sunday.

The two women drowned on Saturday in Lambayeque.

Peru's government on Saturday closed 22 Pacific ports in the country's north and center due to the waves.

The Center for national emergency operations said the unusually strong waves were "due to the volcanic activity in north Nuku'alofa, Tonga."

Saturday's eruption of the Hunga Tonga-Hunga Ha'apai volcano was so powerful that it was felt around the world and provoked tsunamis in the Pacific.

Southern Peru, roughly 10,600 kilometers (6,500 miles) away, recorded light flooding in some coastal areas where dozens of people needed to be rescued.