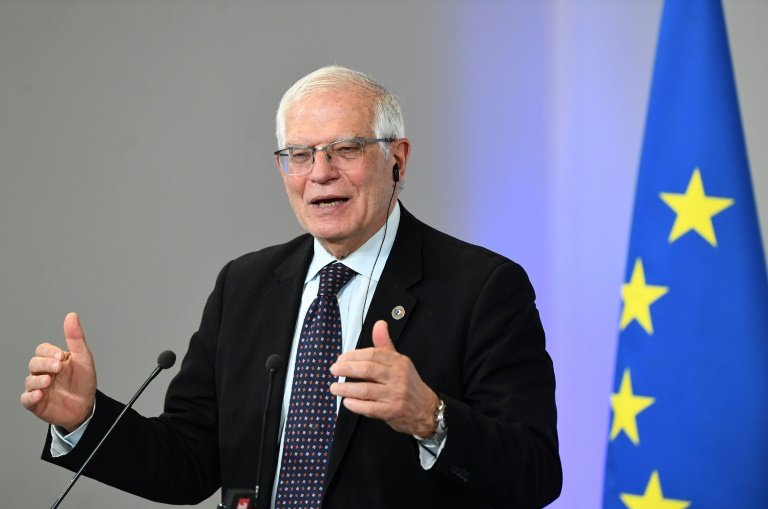 EU foreign ministers warned Russia on Friday of a "robust" response to any military action against Ukraine, after a massive cyberattack against the country heightened fears Moscow could be preparing to send in troops.

Even before Friday's assault on key Ukrainian government websites, European ministers had warned that cyberattacks could precede, or accompany, a military incursion that Russia may be planning after massing 100,000 soldiers on the Ukraine border.

The standoff with Russia "is serious, more serious than anything we've seen in recent years", Austrian Foreign Minister Alexander Schallenberg told reporters at a meeting of the bloc's top diplomats in the French city of Brest.

"Some say the cyberattack could be the prelude for other activities, military activities," he said.

Swedish Foreign Minister Ann Linde said: "This is exactly the kind of thing that we have warned of and that we are afraid of," adding: "If there are attacks against Ukraine, we will be very harsh and very strong and robust in our response."

Another European foreign minister, asking not to be identified by name in order to speak more freely, told AFP: "Our conviction is that there is a risk of a Russian intervention in Ukraine and we must be ready to react."

When Russia annexed the Ukrainian Black Sea peninsula of Crimea in 2014, "it took us weeks to agree on our response -- this can't happen again", the minister said.

Borrell announced an urgent meeting of the EU's political and security committee and said the EU's rapid response cyber unit was also being activated.

"We are mobilising all our resources to help Ukraine deal with this type of cyberattack," Borrell said.

Ministers left little doubt that they suspected Russia was behind the cyberattack. "You can imagine who did this," Borrell said, while acknowledging that "we don't have proof". 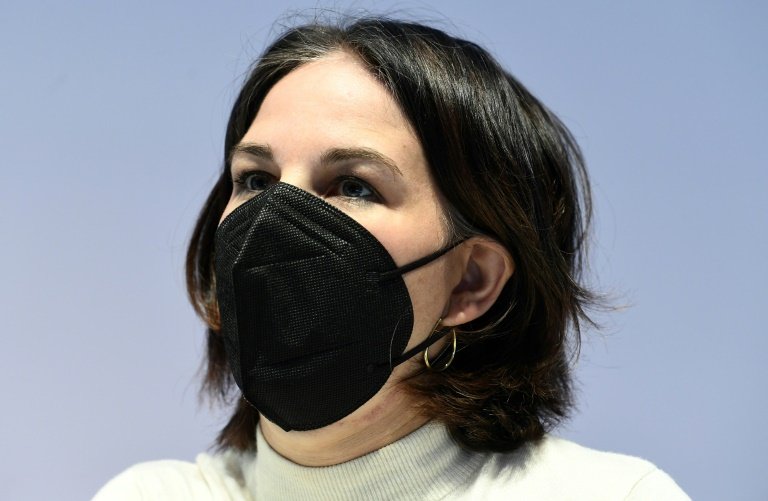 Ministers said sanctions against Russia were among options on the table to persuade President Vladimir Putin that invading Ukraine would have severe consequences.

Borrell added that there could be no Russian attempt to rebuild spheres of influence in Europe like those that existed during the Cold War. "In history, there is no going back in time," he said.

"Any further military aggression against Ukraine will have a massive response," he added.

German Foreign Minister Annalena Baerbock said meanwhile that there was still room for diplomacy with Russia.

"Especially in moments of crisis, diplomacy requires much stamina, patience and strong nerves," she told reporters.

"We are doing everything to avoid any further escalation," she added, ahead of a meeting between her and Russian Foreign Minister Sergei Lavrov on Tuesday in Moscow -- part of efforts "to use every possible channel of communication".

Le Drian later told a news conference that he would go to Ukraine with Baerbock "in the coming days".

He said a strong measures "to deter Russia from violating Ukraine's territorial integrity" needed to be accompanied by efforts at a negotiated solution.

The United States' ambassador to NATO welcomed the EU's mobilisation for Ukraine, saying it was a valuable addition to the defence alliance's own capabilities.

"There's a real capacity now being built up in Brussels, inside the European Union, to pair with the depth of knowledge, expertise and the toolkit that NATO has," Julianne Smith told reporters in Brussels.