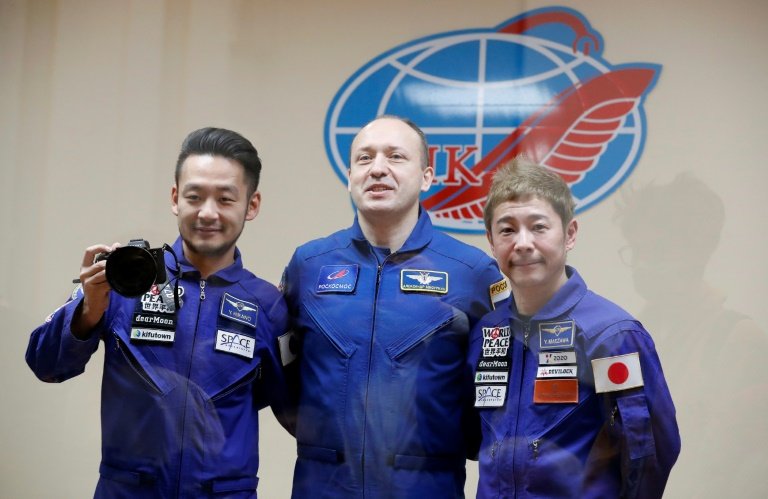 A Japanese billionaire returned to Earth Monday, after 12 days spent on the International Space Station where he made videos about performing mundane tasks in space including brushing teeth and going to the bathroom.

Online fashion tycoon Yusaku Maezawa and his assistant Yozo Hirano parachuted onto Kazakhstan's steppe at around the expected landing time of 0313 GMT Monday, along with Russian cosmonaut Alexander Misurkin.

Footage from the landing site, around 150 kilometres (90 miles) southeast of the central Kazakhstan town of Zhezkazgan, showed the trio smiling after being helped out of the Soyuz descent module and into evacuation vehicles in freezing, foggy conditions.

Russia's defence ministry had said on Sunday that Maezawa and Hirano were set to be surprised by recovery crews with a traditional Japanese noodle dish.

Their journey marked Russia's return to space tourism after a decade-long pause that saw the rise of competition from the United States.

The trio spent 12 days on the orbiting laboratory where the Japanese tourists documented their daily life aboard the ISS for Maezawa's popular YouTube channel.

Addressing his one million followers on YouTube, the 46-year-old billionaire explained how to brush teeth and go to the bathroom in space.

In one of the videos, he explained in detail the business of relieving oneself on the ISS.

"Peeing is very easy," he said as he demonstrated a handheld funnel astronauts use to suck their urine away.

In other videos, he showed his followers how to properly drink tea and sleep in zero gravity.

When the three space travellers arrived on the ISS on December 8, they joined a seven-team crew who were engaged in space biology and physics research. 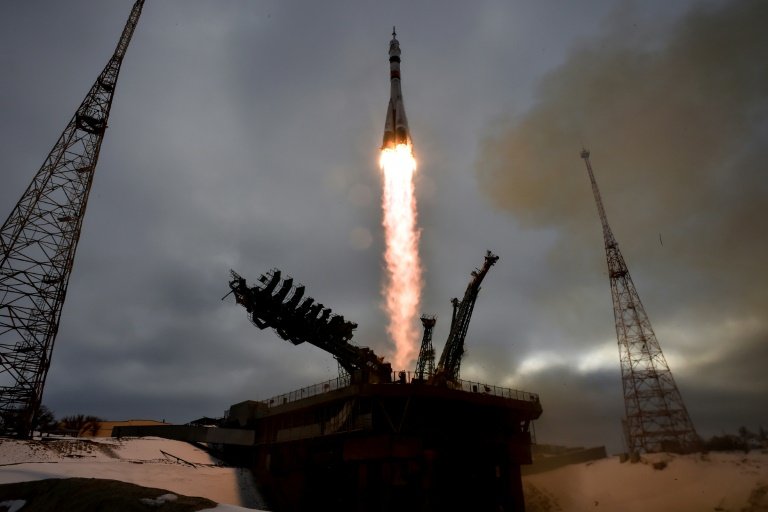 Maezawa plans to take eight people with him on a 2023 mission around the moon, operated by Elon Musk's SpaceX.

He and his assistant are the first private Japanese citizens to visit space since journalist Toyohiro Akiyama travelled to the Mir station in 1990.

Their return from space caps a banner year that many have seen as a turning point for private space travel.

Billionaires Musk, Jeff Bezos and Richard Branson all made breakthrough commercial tourism flights this year, bursting into a market Russia is keen to defend.

Russia has a history of sending self-funded tourists to space.

In partnership with US-based company Space Adventures, Russian space agency Roscosmos has previously taken seven tourists to the ISS since 2001 -- one of them twice.

The last was Canada's Cirque du Soleil co-founder Guy Laliberte in 2009, who was dubbed the first clown in space.

In October, Russia launched its first untrained cosmonauts into space since Laliberte's trip, delivering a Russian actress and a director to the ISS, where they filmed scenes for the first movie in orbit.

Moscow had stopped sending tourists to space after NASA retired its Space Shuttle in 2011, which left Russia with a monopoly on supplying the ISS.

That changed last year when a SpaceX spacecraft successfully delivered its first astronauts to the ISS.

NASA began purchasing flights from SpaceX, stripping Russia of its monopoly and costing its cash-strapped space agency millions of dollars in revenue.

While the cost of tickets to space for tourists has not been disclosed, Space Adventures has indicated they are in the range of $50-60 million.