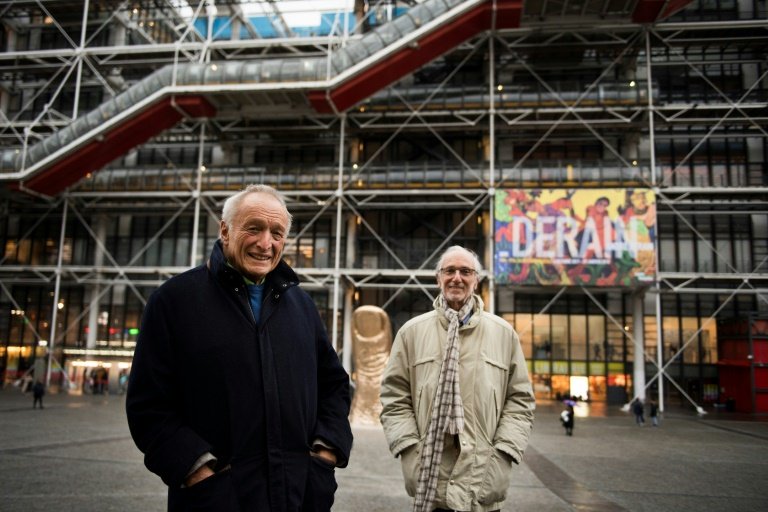 British architect Richard Rogers, known for designing some of the world's most famous buildings including Paris' Pompidou Centre, has died aged 88, his publicist said Sunday.

Rogers, who changed the London skyline with distinctive creations such as the Millennium Dome and the 'Cheesegrater', "passed away quietly" Saturday night, Freud communications agency's Matthew Freud told the Press Association.

His son Roo Rogers also confirmed his death to the New York Times, but did not give the cause.

The Italian-born architect won a series of awards for his designs, including the 2007 Pritzker Prize, and is one of the pioneers of the "high-tech" architecture movement, distinguished by structures incorporating industrial materials such as glass and steel.

He is the co-creator of France's Pompidou Centre -- opened in 1977 and famed for its multi-coloured, pipe-covered facade -- which he designed with Italian architect Renzo Piano.

Rogers completed some 400 commissions, and other well-known designs include Strasbourg's European Court of Human Rights and the Three World Trade Centre in New York, as well as international airport terminals in Madrid and London's Heathrow.

He is also responsible for the three-towered Lloyd's of London headquarters.

US architecture critic Paul Goldberger called the news "heartbreaking", adding on Twitter that Rogers was "a gracious man and a glorious talent. RIP".

Born in Florence in 1933, his father was a doctor and his mother a former pupil of the famed Irish writer James Joyce. The family fled the dictatorship of Mussolini, settling in England in 1938.

He left school in 1951 with no qualifications due to his dyslexia, which at the time "was called stupidity", he told the Guardian newspaper in 2017.

Despite this, he managed to gain entry into London's Architectural Association School, known for its modernism.

He completed his architecture studies at Yale in the United States in 1962, where he met fellow British architect Norman Foster.

The pair returned to England in 1964 and with their wives founded the architecture firm "Team 4", which became known for its technology-inspired designs.

He also formed a tight relationship with Piano, whom he called "my closest friend, practically my brother."

Although buildings were Rogers' world, he insisted it was the space around them that was key in defining those that worked.

"The Twin Towers in New York, for instance. They weren't great buildings, but the space between them was."

Rogers is survived by his wife Ruth, sons Ab, Ben, Roo and Zad, and 13 grandchildren.

He has been married twice. One of his five sons died in 2011.