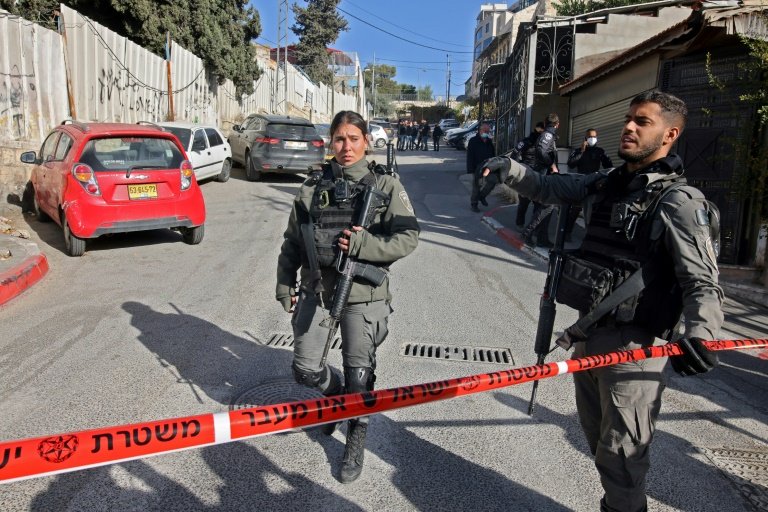 A Palestinian teenager police arrested Wednesday for allegedly stabbing an Israeli is from a family battling eviction from a Jerusalem flashpoint area that helped fuel an 11-day Gaza war this year, a rights group said.

The 14-year-old suspect was tracked down to a school in the neighbourhood of Sheikh Jarrah after police fanned out on the ground and used a helicopter to search for her.

Israeli emergency services identified the stabbing victim as Moria Cohen, 26, a Jewish resident of Sheikh Jarrah, who had been taking her five children to kindergarten when she was attacked.

Cohen was admitted to Hadassah Hospital Mount Scopus with a 30-centimetre (one foot) knife in her back, said director of general surgery Haggi Mazeh.

She was cleared for release later Wednesday.

Attorney Mohammed Mahmud, who is representing the Palestinian teen, told AFP "she denies it".

In a video Israeli police said they had also arrested "a number" of women who had surrounded the suspect at the time of her arrest.

Israeli Prime Minister Naftali Bennett praised "the security forces for the swift capture of the terrorist" and wished "a speedy recovery to the victim".

Dozens of far-right nationalist Jews were later seen demonstrating in the neighbourhood, waving Israeli flags and chanting "Death to terrorists".

They were flanked by Israeli police who kept them apart from Palestinian residents who also took to the streets.

Land rights tensions in Sheikh Jarrah exploded in May when at least seven Palestinian families protested an attempt by Israeli settlers to evict them.

Clashes erupted as Israeli police quelled the demonstrations, unrest that helped fuel 11 days of deadly fighting between Israel and Palestinian militants in Gaza.

Hagit Ofran of the Peace Now anti-settlement group that tracks east Jerusalem land rights cases said the suspect belonged to one of the families facing eviction. 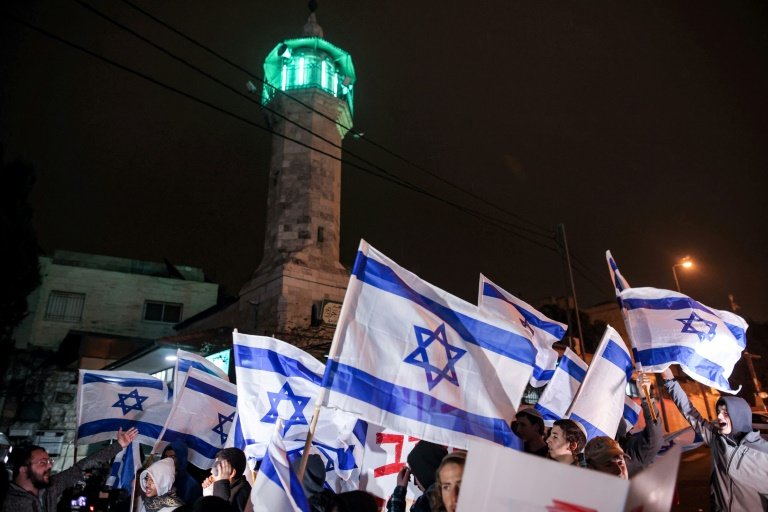 "Their case is awaiting a decision at the supreme court," Ofran told AFP.

The stabbing victim's husband Dvir told reporters the couple had moved into the area about six years ago.

He and his wife were raising five children and he said they would remain despite the attack.

"We will keep living there... this is our calling," he said.

Sheikh Jarrah is one of a number of east Jerusalem neighbourhoods where Jewish settlers have lodged claims to homes where Palestinians live, saying the properties belonged to Jews before Israel's 1948 war for independence.

Palestinians have resisted the claims, saying the land was allocated to them when east Jerusalem was under Jordanian administration between 1948 and 1967.

Jerusalem settlement expert Khalil Tafakji said he believed this was the first such stabbing in Sheikh Jarrah, but said he was "not surprised".

"This is the reaction for people who want to take your home," he said.

The suspect's grandfather said the family was "in shock" on Wednesday following reports of the stabbing.

Speaking to AFP in June, he said his family and neighbours in Sheikh Jarrah were living under constant fear of eviction.

"I'm scared that they'll throw us out into the street -- that they'll kick out the whole neighbourhood," he said. 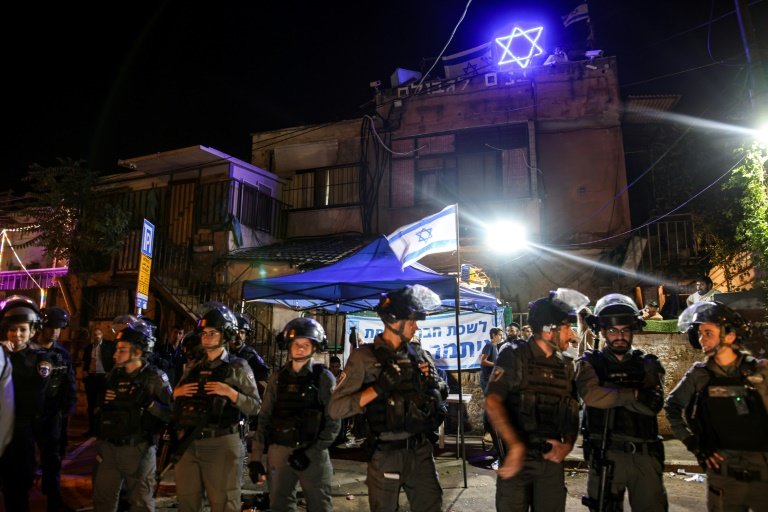 Israeli border police stand guard outside a house occupied by Jewish settlers during land rights clashes in May, 2021 / © AFP/File

The stabbing follows a string of "lone wolf" attacks in recent weeks by individuals who do not appear to have had ties to established militant groups.

On Monday, a Palestinian teen rammed his car into an Israeli checkpoint in the West Bank before a security guard shot him dead, the Israeli authorities said.

On Saturday, a Palestinian man stabbed an Israeli civilian and attacked Border Police officers, who fatally shot him.

Officers shot the assailant while he lay on the ground, prompting Palestinian accusations of excessive force, which Israel rejected.

Last month, an Israeli civilian was killed and three people wounded when a Palestinian gunman opened fire in Jerusalem's Old City in a rare shooting attack by a militant of Hamas, the Palestinian Islamist group which controls the Gaza Strip.

Israel occupied east Jerusalem in the Six-Day War of 1967 and later annexed it in a move never recognised by most of the international community.

The Palestinians claim the city's eastern sector as capital of their future state.