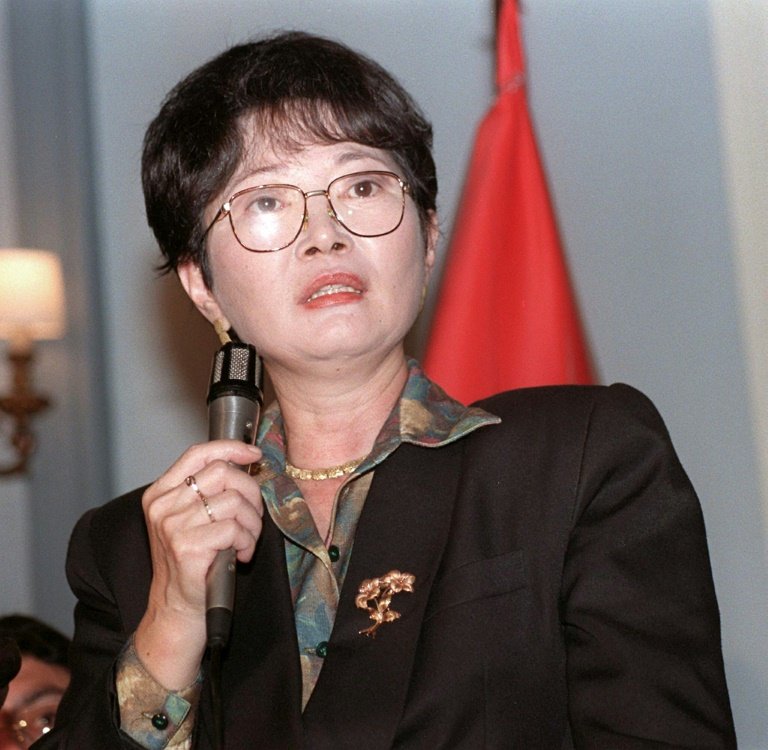 Higuchi, the daughter of Japanese immigrants, was 71 years old and had been hospitalized in Lima for a month.

"After a hard battle with cancer, our mother Susana Higuchi has departed to meet God," tweeted daughter Keiko, who has run, and lost, three presidential races.

An engineer by training, Higuchi had four children with Alberto Fujimori, whose campaign she financed in 1990 when he was an unknown and unable to raise money for his ultimately successful presidential run against the favored candidate, the novelist Mario Vargas Llosa.

The pair divorced, and Higuchi accused her ex-husband of domestic violence and corruption, becoming a vocal critic of his regime from the opposition benches.

In 1994, while still first lady, Higuchi told reporters that she had been held hostage and tortured by her husband. They divorced that year, and Keiko Fujimori -- then only 19 -- became Peru's first lady.

Higuchi said she was tortured after denouncing relatives of Alberto Fujimori for allegedly selling Japanese donations meant for poor people.

In 1994, she tried to challenge Fujimori for the presidency, but he passed a law preventing close relatives from succeeding him.

She had a five-year career until 2006 as a popular member of an anti-Fujimori party in congress, causing a deep rift in the family.

Reconciled, she endorsed two of her daughter's three presidential runs, in 2016 and 2021.

"She was surrounded by the love of us, her children, and her grandchildren until the last moment," tweeted Keiko Fujimori, who had in the past dismissed her mother's claims as "myths."

Alberto Fujimori, 83, is in hospital under police protection for a heart condition.

He has been serving a 25-year prison sentence since 2007 for corruption and crimes against humanity during his 10-year term.