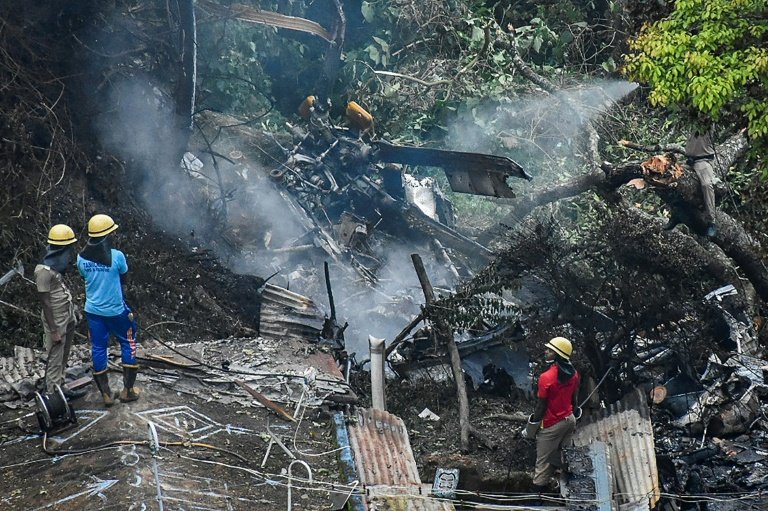 Firefighters and rescue workers stand next to the debris of the helicopter in Coonoor, Tamil Nadu / © AFP

Indian defence chief General Bipin Rawat was among 13 people killed in a helicopter crash on Wednesday, raising questions over the future of military reforms he was leading.

Rawat was India's first chief of defence staff, a position that the government established in 2019, and was seen as close to Prime Minister Narendra Modi.

The 63-year-old was travelling with his wife and other senior officers in the Russian-made Mi-17 chopper, which crashed near its destination in southern Tamil Nadu state.

Modi said Rawat was an outstanding soldier and "true patriot" who had helped modernise the country's armed forces.

"His passing away has saddened me deeply," the prime minister wrote on Twitter. "India will never forget his exceptional service."

Strategic analyst and author Brahma Chellaney tweeted that Rawat's death "couldn't have come at a worse time" when "China's 20-month-long border aggression has resulted in a warlike situation along the Himalayan front".

Footage from the crash showed a crowd of people trying to extinguish the fiery wreck with water buckets while a group of soldiers carried one of the passengers away on an improvised stretcher.

Rawat was headed to the Defence Services Staff College (DSSC) to address students and faculty from the nearby Sulur air force base in Coimbatore.

The chopper was already making its descent at the time of the crash and came down around 10 kilometres (six miles) from the nearest main road, forcing emergency workers to trek to the accident site, a fire official told AFP.

An eyewitness at the scene said he had seen passengers falling from the helicopter before the crash, and that one person had crawled out from the wreckage.

The sole survivor, a captain working at the DSSC, was being treated for his injuries at a nearby military hospital, the air force said. 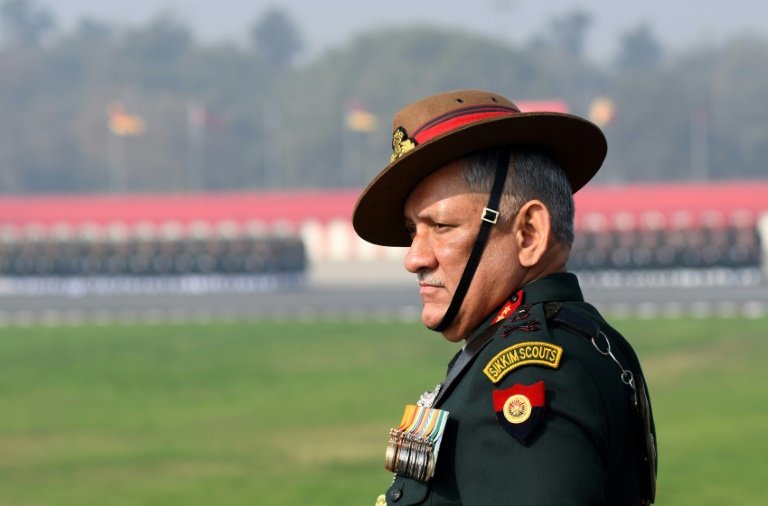 Rawat was chief of the 1.3-million-strong army from 2017 to 2019 before his elevation to defence services chief, which analysts said was to improve coordination between the army, navy and air force.

New Delhi is looking to increase its military effectiveness in the face of heightened tensions with China following deadly clashes in a disputed Himalayan region, as well as its longstanding conflict with neighbouring Pakistan.

"He had given a tremendous push to the integration of the three services, so his successor has big shoes to fill," retired Lieutenant General DS Hooda, a former head of the Indian army's Northern Command, told AFP.

"He had a tough job... we will need someone to give the same impetus that he had given so that the reforms that he started continue at the same pace."

Messages poured in from around the globe, with US Secretary of Defense Lloyd Austin calling Rawat "a valued partner and friend of the United States" who left "an indelible mark on the course of the US-India defense partnership."

UN chief Antonio Guterres expressed "his heartfelt condolences to the families of the deceased and to the people and government of India," his spokesman Stephane Dujarric said, recalling Rawat's time as a brigade commander in the UN peacekeeping mission in the Democratic Republic of Congo in 2008 and 2009.

Rawat came from a military family, with several generations having served in the Indian armed forces.

He joined the army as a second lieutenant in 1978 and had four decades of service behind him, having commanded forces in Indian-administered Kashmir and along the Line of Actual Control bordering China. 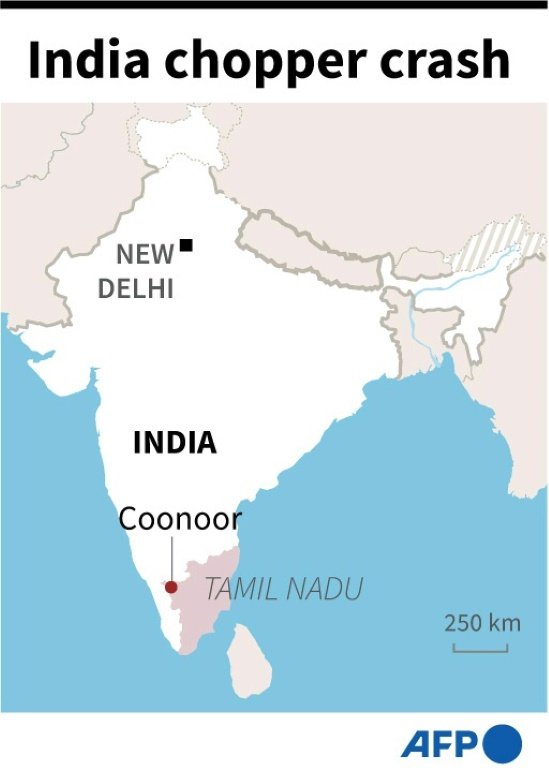 Rawat was credited with reducing insurgency on India's northeastern frontier and supervised a cross-border counter-insurgency operation into neighbouring Myanmar.

But at the same time he was a polarising figure whose willingness to make political statements put him at odds with the military's traditional neutrality in the world's largest democracy.

He was considered close to the Modi government and turned heads last month when he reportedly made an approving reference to "lynching terrorists" in Kashmir.

The Mi-17 helicopter, which first entered service in the 1970s and is in wide use by defence services around the world, has been involved in a number of accidents over the years.

Fourteen people died in a crash last month when an Azerbaijani military Mi-17 chopper went down during a training flight.

In 2019, four Indonesian soldiers were killed and five others wounded in central Java in another training accident involving the aircraft.

India's air force said an inquiry was under way into Wednesday's accident.