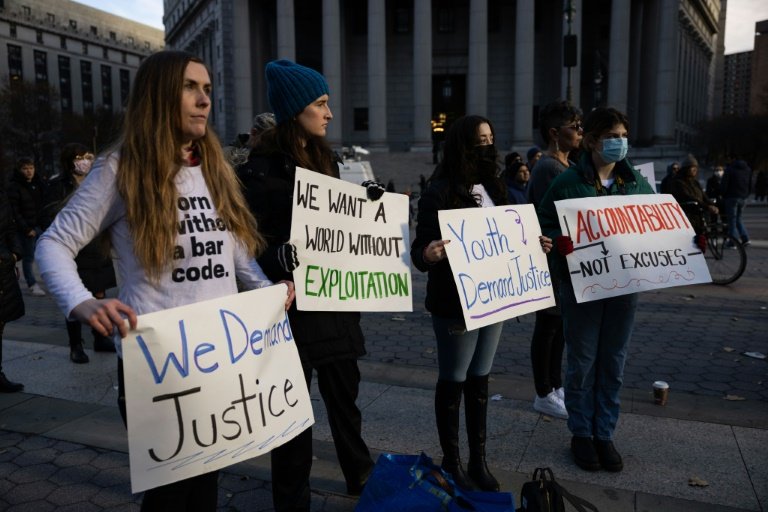 Demonstrators outside the trial of British socialite Ghislaine Maxwell / © AFP/File

A woman testified Monday that Ghislaine Maxwell groomed her to engage in sexual activity with Jeffrey Epstein, the second of four women alleging abuse to take the stand in the British socialite's sex trafficking trial.

Speaking under the pseudonym "Kate," the witness explained how Maxwell would coordinate her sexual encounters with Epstein, inviting her over and escorting to her to massage rooms to meet the late financier.

The 59-year-old Maxwell, who has pleaded not guilty to six counts of enticing and transporting minors for sex, is accused of grooming underage girls to be exploited by her long-time partner Epstein, a wealthy American who killed himself in jail two years ago while awaiting trial.

Kate, now 44, said she was introduced to Maxwell by a then-boyfriend during a trip to Paris in 1994, when she was 17 years old.

"She was very sophisticated and very elegant," Kate said of Maxwell during questioning from prosecutors.

Kate said she gave her phone number to Maxwell, who invited the teenager to tea at her London home a few weeks later.

Maxwell, she said, "told me amazing things about her boyfriend," that he was a philanthropist and "liked to help young people."

"She said that he was going to love me," she said.

A few weeks later, Maxwell invited Kate to meet Epstein at her London home, she said. 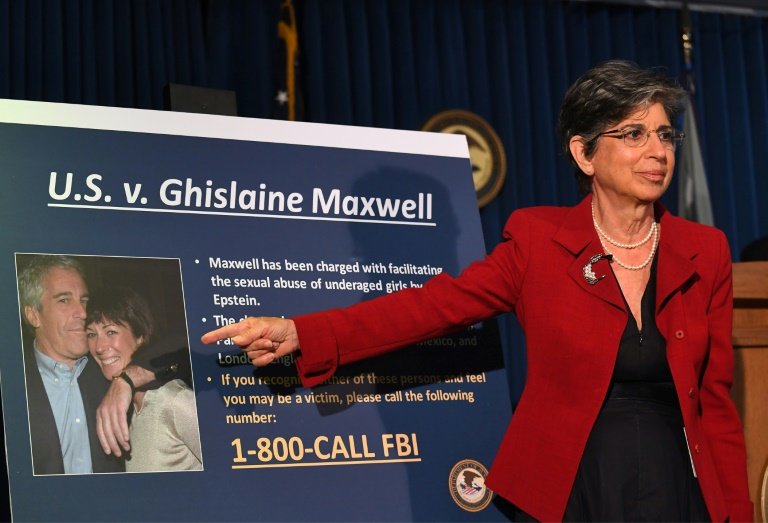 Audrey Strauss, US Attorney for the Southern District of New York, announces charges against Ghislaine Maxwell in this July 2020 file photo / © AFP/File

Kate said she was asked by Maxwell to "give his feet a little squeeze" and rub his shoulders.

A few weeks later, Kate was invited back to Maxwell's to give Epstein a massage.

She said Epstein disrobed in a dimly lit room with a massage table. Maxwell left and closed the door.

The massage turned into a sex act, Kate said, after which Maxwell asked: "How did it go? Did you have fun? Was it good?"

Kate's testimony was not allowed to include details of sex acts with Epstein because she was 17 at the time, the age of consent in Britain.

Rather than provide evidence of criminal wrongdoing, prosecutors are using her testimony to illustrate the wider pattern of grooming young girls and corroborating other accuser statements.

Kate described an instance when the socialite gave her a schoolgirl outfit and told her to wear it and serve Epstein tea.

Kate also said Maxwell asked her if she knew anyone else who might be able to engage in sexual acts with Epstein.

"You know what he likes -- cute, young, pretty, like you," Kate quoted Maxwell as saying. 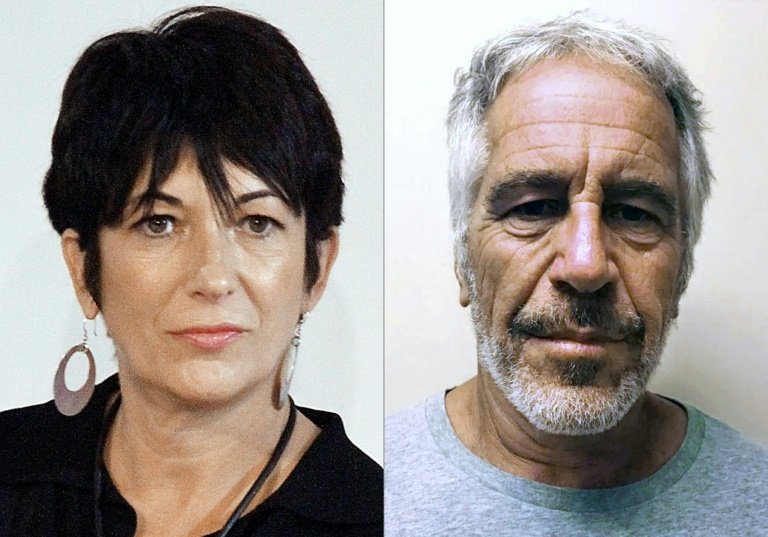 She continued to see the duo for years, traveling to Epstein's properties in Palm Beach, New York and the Caribbean -- trips routinely arranged by Maxwell, Kate said.

The witness said she saw photographs of underage girls in the Palm Beach house and saw other girls in person, including one "who seemed a lot younger than me. Very young."

She said she maintained contact with Epstein into her early 30s.

"I did not want to admit what happened to me," she said. "I was fearful of disengaging because I had witnessed how connected they both were."

Maxwell "seemed to know everybody," she said. "She told me she was friends with Prince Andrew. Friends with Donald Trump."

Kate was also asked about her years-long addiction to alcohol, cocaine and sleeping pills.

The defense aggressively sought to skewer Kate's credibility, emphasizing her drug use and insisting she was looking to receive government support obtaining a special visa in exchange for her testimony.

Kate, who is British, said she was not seeking a "U visa" -- reserved for victims of abuse -- but had at one point inquired about it.

She said she has been sober since May 2003 and her memories "of significant events in my life have never changed."

"These events come back to me all the time," she said through tears. "I have nightmares about them."

Kate said she received $3.25 million from the Epstein victims fund but has no financial stake in the current case.

A woman identified by the pseudonym "Jane" testified last week that she was 14 when Epstein started sexually abusing her, and that Maxwell was sometimes present and even participated.