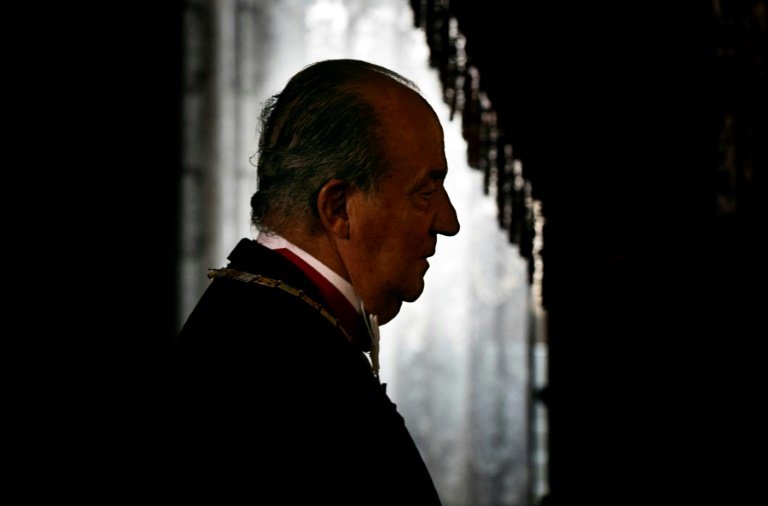 Spain's former king Juan Carlos I is seeking immunity from the English courts after his ex-lover accused him of spying on and harassing her, a London court was told on Monday.

But the 83-year-old Juan Carlos, who ruled from 1975 until his abdication in 2014, denies wrongdoing and argues that as a Spanish royal, English courts have no jurisdiction.

Court documents claimed that the pair were in an "intimate romantic relationship" between 2004 and 2009 and that the royal showered her with gifts, even after they broke up.

But the situation turned sour when she declined to rekindle the relationship, leading him to pursue "a pattern of conduct amounting to harassment", it was alleged.

The 57-year-old claimant alleged she was threatened, had her overseas properties broken into, and that the now Abu Dhabi-based former king "demanded the return of gifts".

"Further acts of covert and overt surveillance, causing distress and anxiety" included "trespass and criminal damage" to her home in rural central England.

Gunshots were fired at and damaged security cameras at the front gate of the property, she alleged, accusing the former king of being angry at her refusals.

Lawyers for zu Sayn-Wittgenstein-Sayn submitted that he had relinquished his status as sovereign or head of state when he abdicated, and as such was not entitled to immunity.

He could also not claim protection by being a dependent of his son, the current king Felipe VI, lawyer Jonathan Caplan said, and appeared to be trying to "frustrate" proceedings.

Daniel Bethlehem, representing Juan Carlos, said his client rejected the accusations of wrongdoing "in the strongest of terms".

Under the terms of the State Immunity Act 1978, Juan Carlos was immune from the jurisdiction of the English courts. Any allegations had to be brought to Spain's Supreme Court.

"It is not, and cannot be, in the public interest of the United Kingdom that its courts sit in judgment of allegations raised against His Majesty."

There was an "inherent public interest in protecting the dignity of the sovereign and close members of the royal family" because of their constitutional position, he added.

A judgment in the two-day hearing, where the former king is listed by his full name -- Juan Carlos Alfonso Victor Maria De Borbon y Borbon -- is expected at a later date.