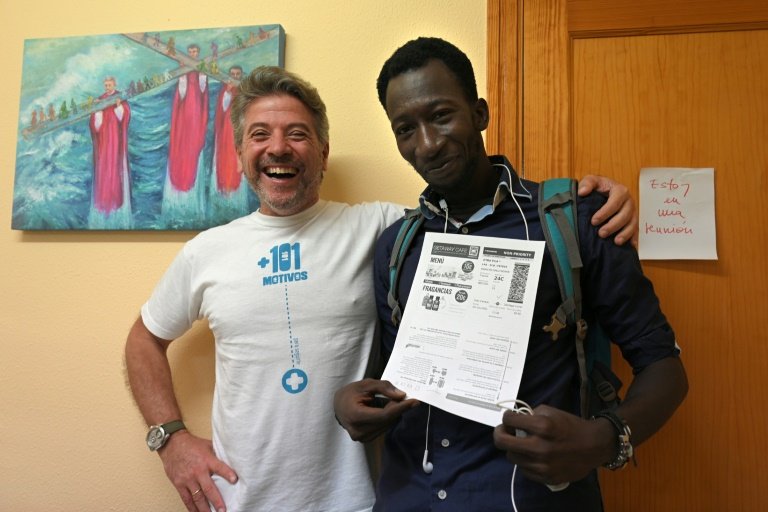 Jose Antonio Benitez, a Catholic priest in a working-class district of Las Palmas, is deeply involved with the migrant community and the families of those who have gone missing en route to the Canary Islands / © AFP

It was witnessing a tragedy that would change the course of Jose Antonio Benitez's life, prompting him to leave a lifetime of teaching to throw himself into full-time work with migrants.

A Catholic priest living in Seville, Benitez used to take groups of teenagers to Tangiers in Morocco where they would spend 10-15 days working alongside migrants to learn about the problems facing this marginalised community.

"I realised there was quite a lot of prejudice about the issue of migrants and prejudices only change when you come face-to-face with reality and meet these people," said Benitez, 57.

At the end of the trip, they were taking the boat back to Spain when they suddenly spotted five people in a flimsy rubber dinghy in trouble in very choppy water.

"The catamaran approached to try and help but couldn't stop the engines because the sea was so rough. It hit the dinghy and they all fell in," he said.

"On deck, we were all screaming but nobody could hear and we watched them drown." 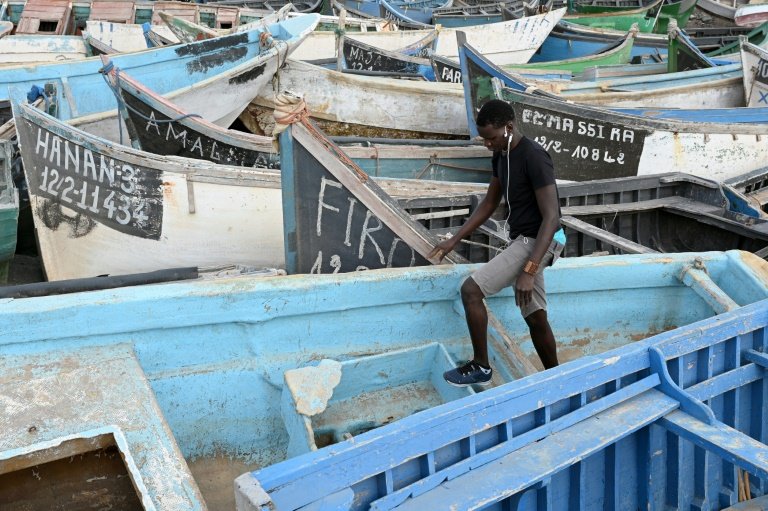 More than 20,000 migrants have reached the Canary Islands so far this year, while nearly 1,000 have died or gone missing on the way, UN figures show / © AFP

Two of them were saved but a crew member who jumped in to help was sucked under the catamaran and also died.

"It was a horrendous tragedy, one which will stay with me forever. That experience changed me because I realised what people were living through just wasn't normal," he told AFP.

Within a few years, he began working full-time with migrants, first in Malaga then in the Canary Islands, where he helps families search for loved ones who have gone missing en route to the Atlantic archipelago.

For Adelina Abdola, a 56-year-old resident of a port neighbourhood Las Palmas, a protest pushed her to make the life-changing decision to open her home to migrants living rough on the beach.

"When I saw on the news about all these migrants arriving in Arguineguin port, I really wondered what I could do or how I could help," she told AFP.

It was at a pro-migrant rally in April that she suddenly realised how.

"At the demonstration, we were all white people and suddenly the migrants came up from the beach with banners reading: 'We just want a chance' -- I broke down in tears.

"That's when I decided to take some of these kids in."

Through contact with Somos Red, a citizens' network offering practical support to migrants, she was put in touch with Modu and Mamadou, both 26 from Senegal, and within a week they were living in her home, quickly becoming "like family". 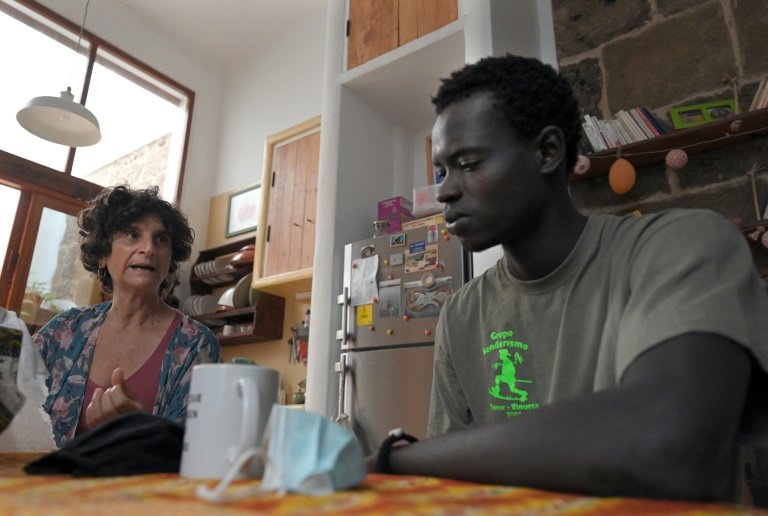 Adelina Abdola decided to offer a roof to homeless migrants and is currently hosting Ousmane, a fisherman from Senegal, who is learning Spanish and wants to train as a mechanic, carpenter or welder / © AFP

Now she is hosting Ousmane, a 32-year-old Senegalese fisherman who arrived in October and wants to train as a mechanic, carpenter or welder.

"Adelina told me I could come and stay here and she signed me up for school. She has helped me so much," he smiles, speaking in Spanish as they drink tea at the kitchen table.

Although Mamadou and Modu have moved into other homes, they come back often to visit and eat together like a family.

"I've already told them, even if they go abroad, this will always be their home," Abdola said.

"They give so much back. These are young people who are not looking for help from the government, they just want to work."

Although many have helped migrants, not everyone has welcomed them with open arms.

There have been several weeks of anti-immigration rallies and sporadic protests, after a year in which more than 20,000 people reached the Canary Islands.

As a rights activist, researcher and journalist, Helena Maleno had been working with migrant communities for years when she received a phone call in 2007 that changed everything.

"One evening I was at home and a guy who had my number rang up shouting: 'Help, help! I'm on a boat and it's sinking!'" 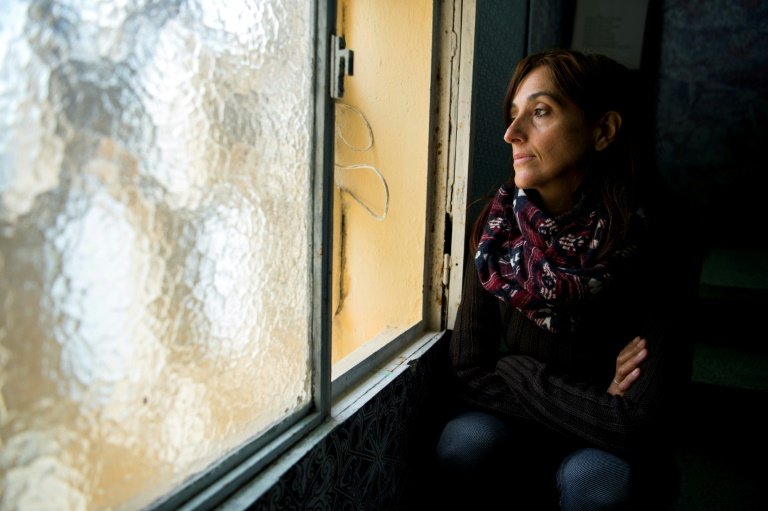 It was a traumatic phone call in 2007 that alerted Spanish rights activist, researcher and journalist Helena Maleno to the plight of migrants trying to reach Spain by boat / © AFP/File

"We didn't know anything but he told us he was going to Almeria, so we looked online and found the number for Salvamento Maritimo, rang up and gave them his phone number," she told AFP, referring to Spain's civilian lifeboat service.

Too anxious to sleep, she was up all night until hearing the boat had been rescued and they were all safe.

"It was a horrible night and I thought: don't let anyone ever ring me like that again! But people just kept on calling."

Since then, countless migrants have phoned Maleno, 51, for help. She founded Caminando Fronteras (Walking Borders), a Spanish NGO that has alerted rescuers in Spain, Morocco and beyond about thousands of boats in distress.

But her human rights work has seen her face trumped-up charges of aiding illegal immigration and human trafficking, and she was violently deported from her home in Morocco earlier this year.

"It's true that there is a cost, which can be complicated and difficult," said Maleno.

"But on the other hand, we are defending lives, and where there is life, it must be protected."