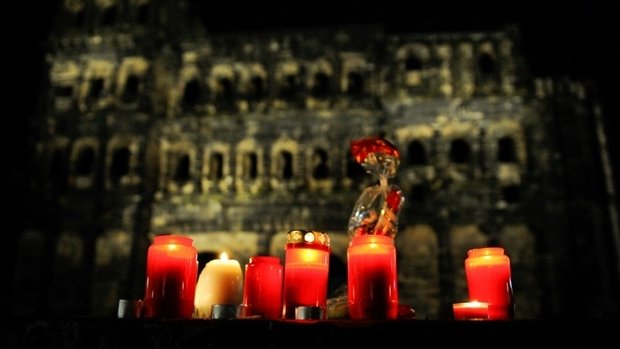 Exactly one year ago on Wednesday, a man drove his car through a pedestrian zone in Trier and ended up killing five people.

Among the victims was also a nine-week-old infant and the child's 45-year-old father. A 77-year-old man, who had lost his wife during the rampage and was severely injured himself, died only a few weeks ago. The incident, which lasted only around four minutes, left many people injured and traumatised.

At exactly 1.46pm on Wednesday, the exact minute when the deadly drive began last year, the City of Trier holds a memorial for the victims, which includes sounding the city's church bells for four minutes. A ceremony will be held in the centre of Germany's oldest city in the afternoon. An ecumenical service will be held at Trier Cathedral. A plaque was inaugurated at the Porta Nigra last week.

The 52-year-old presumed culprit has been on trial since August but has yet to make an official statement. One of the objectives of the trial is to determine whether the man is even fully criminally liable.

You can find another interesting read upon this incident over here.

© afp
© afp
© afp
The photos published on this site are subject to copyright and may not be copied, modified, or sold without the prior permission of the owner of the site in question.
Most read
More news