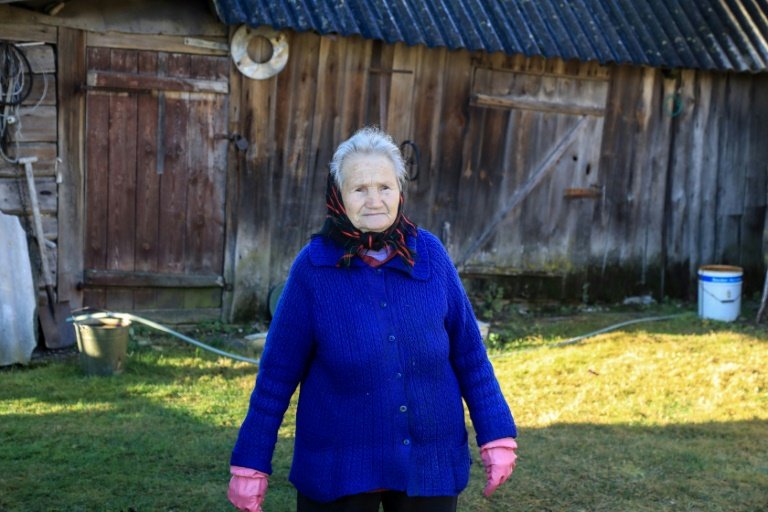 From her green-painted homestead near the Belarusian border, Lithuanian pensioner Jadvyga Mackevic remembers the day she saw three migrants coming out of the forest and being detained.

"I barely saw them through my window. The border patrol immediately caught them," the 80-year-old recalled.

Officers have now placed razor wire along the bottom of her garden in the small village of Siliai in an area that is almost entirely surrounded by the border.

While much of the migrant crisis has been focused on Poland's border with Belarus, fellow EU and NATO member Lithuania has also been faced with an unprecedented influx of migrants.

The area around Siliai, known as the Dieveniskes Loop because of the shape of the border, has seen large numbers of migrants trying to cross.

The EU blames Belarusian strongman President Alexander Lukashenko for orchestrating the migrant influx as retaliation against the sanctions the bloc imposed on his regime.

The crisis will be a key topic at a meeting this week of NATO foreign ministers and US Secretary of State Antony Blinken in neighbouring Latvia, which also shares a border with Belarus.

- 'Sacred duty to guard our border' -

Lithuania, which has a population of 2.8 million, has taken in more than 4,000 people this year, the vast majority of them asylum seekers.

Numbers have fallen sharply since it passed a law allowing border guards to send the migrants back across the border.

The border guard chief said he "pities" migrants trying to cross the border, because they were "tricked" by the Belarusian regime into believing that entering the European Union would be easy.

But he said that Lithuania could not let people in because this would fulfil Lukashenko's goal to "destabilise" the country.

The government's tough line has strong support in Lithuania.

On a visit to a military base near the border this week, President Gitanas Nauseda told troops it was "not easy to fulfil your duty and reject civilians seeking a better life".

"Nevertheless, you have a sacred duty to guard our border."

But charities, which are banned from the immediate border area under state of emergency laws, said they are worried about the welfare of migrants still stranded in freezing temperatures.

"The main task for border guards is to defend the state border and not to take care of people. We understand that and this is why we want to be present," she told AFP.

Even after Lithuania saw its first snowfall this week, Liubajevas warned it was unlikely that migrants would stop trying to cross as might be expected.

"This is not organic migration. This is Lukashenko's organised migration, so the weather won't have any effect," he said.

In the village of Krakunai, also in the Dieveniskes Loop, resident Josif, 56, voiced support for the government's tough line on the border and said he did not want migrants.

"I don't know how this will end. I hope they go back to their countries. No one wants them here," he said.

"They are from a different country, they are different people, they live differently."