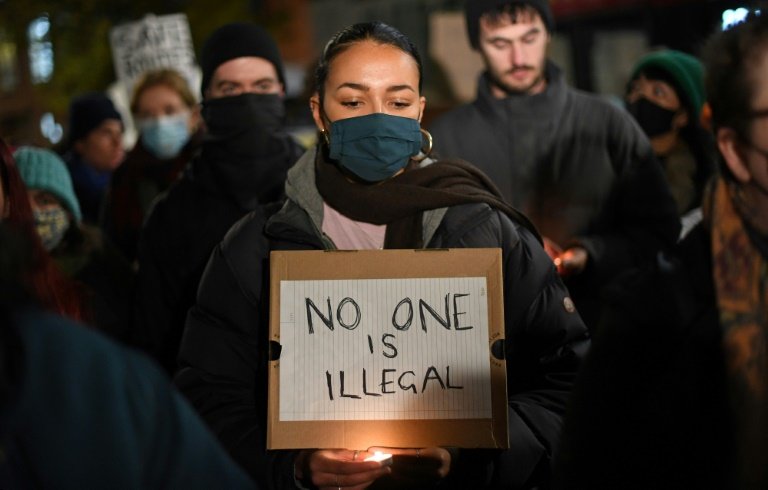 The EU's border agency is to deploy a plane 24-hours-a-day over the Channel coast to monitor migrant crossings, France announced Sunday after pushing its European partners for help in cracking down on people-smuggling.

Ministers responsible for immigration from France, Germany, the Netherlands and Belgium convened in the northern French port of Calais on Sunday afternoon, four days after an unprecedented accident saw 27 people drown in Channel.

They met without Britain which was excluded after a row last week.

The four countries agreed to "strengthen our operational cooperation" in fighting the gangs who organise boats and life jackets for groups of migrants to head over the narrow but treacherous sea lane separating France and England.

At the opening of the meeting, he expressed his horror at the disaster on Wednesday which saw 27 people drown after their inflatable dinghy began losing air while crossing the Channel in wintry temperatures.

"We cannot accept that any more people die," he said.

The main focus of Sunday's meeting had originally been expected to be talks between Darmanin and British counterpart Priti Patel, after both countries vowed following Wednesday's accident to cooperate to tackle the surge in Channel crossings this year.

Around 26,000 people have sailed from France to England this year. 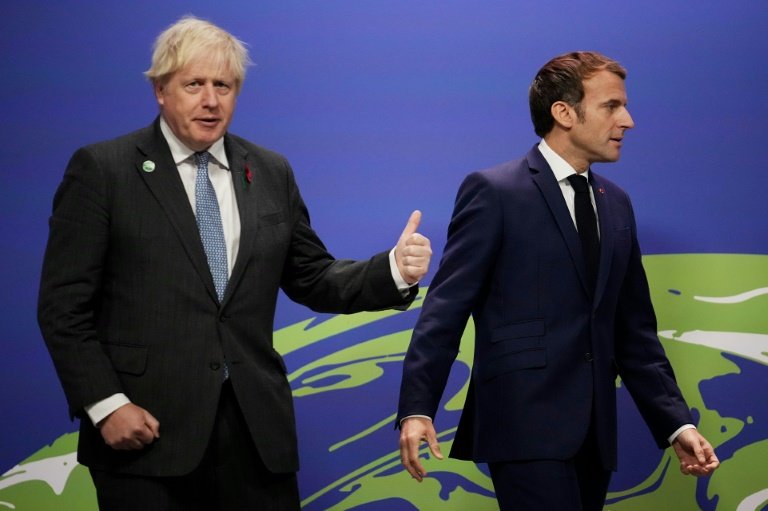 But within 48 hours of the tragedy, French President Emmanuel Macron had accused British Prime Minister Boris Johnson of being "not serious".

Paris was irked by Johnson's initial reaction, which was seen as deflecting blame onto France, and then by his decision to write a letter to Macron which he published in full on his Twitter account before the French leader had received it.

Patel's invitation to Sunday's talks was withdrawn over the breach of diplomatic protocol, pushing relations to new lows.

"We have to work with our British friends and tell them a few things," Darmanin told reporters on Sunday. "Firstly, help us fight people-smuggling better. We need intelligence. Responses to requests from the French police are not always given."

He also reiterated criticism of the "attractiveness of England" including its lack of mandatory ID cards which he said made it easier for undocumented migrants to find jobs.

Under-fire Patel called her absence "unfortunate" but said she would be holding "urgent talks" with her European counterparts this week.

She spoke on Sunday morning with Dutch Immigration Minister Ankie Broekers-Knol, with a statement from the Home Office saying "the tragic incidents of last week demonstrate the need for European partners to work together".

People-smuggling gangs are known to use Belgium, the Netherlands and Germany as bases from which to organise their operations. 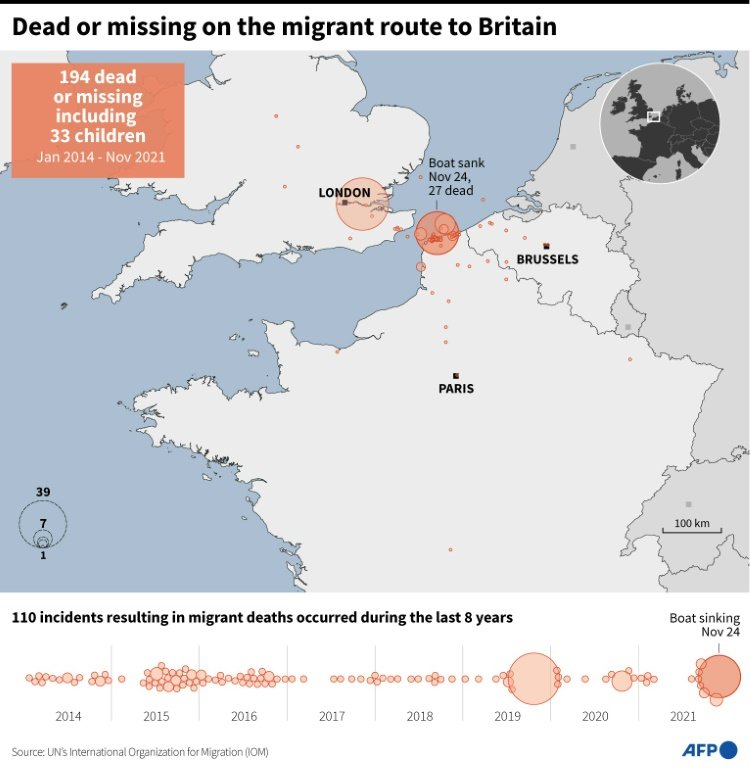 Many migrants are believed to travel to launch sites in northern France from Belgium, while inflatables and life jackets can be bought in other countries such as the Netherlands and Germany without raising suspicion.

One of the five men arrested in connection with Wednesday's tragedy was driving a car with German registration, according to French officials.

While France and Britain agree on the need to tackle people-smugglers more effectively, they remain at odds over how to prevent people taking to the water.

In his public letter to Macron, Johnson again pressed for British police and border agents to patrol alongside their French counterparts on the coast of northern France -- something rejected by Paris in the past as an infringement on sovereignty.

More controversially, he also proposed sending back all migrants who land in England, a move which he claimed would save "thousands of lives by fundamentally breaking the business model of the criminal gangs".

France, which received 80,000 asylum requests in 2020 compared with 27,000 in the UK, has suggested Britain should enable migrants to lodge their dossiers in northern France.

Activist groups have also called for safe routes for asylum seekers to arrive in Britain.

Investigations into last week's accident continue, with French police giving no details officially about the circumstances or the identities of the victims.

A total of 17 men, seven women and three minors died, with migrants living along the coast telling AFP that the deceased were mostly Iraqis, Iranians and Afghans.