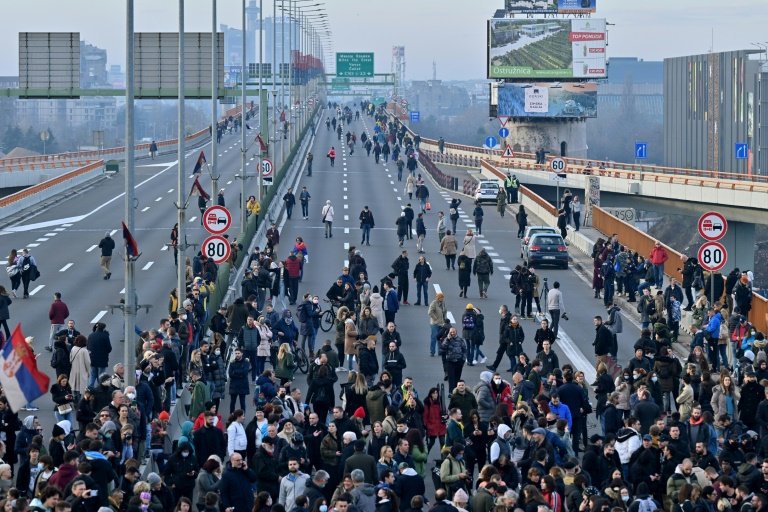 Hundreds of environmental protesters blocked roads in Belgrade and other Serbian towns on Saturday, angered at mining giant Rio Tinto's plans to extract lithium in the Balkan nation.

Substantial deposits of lithium, a key component for electric car batteries, are found around the western town of Loznica, where the Anglo-Australian company has started to buy land but is still waiting for the green light from the state to begin mining.

In Belgrade, protesters blocked the main bridge in the capital and a major intersection for an hour, after scuffles with security forces who eventually let them carry on with their action.

"I am here because I don't want them to sell off the land of my ancestors. Serbia is not for sale," one of the protesters, Milan Milosavljevic, a 31-year-old musician, told AFP.

Protesters also blocked roads in several other Serbian towns, including Novi Sad in the north, central Kragujevac, Sabac in the northwest and the western town of Valjevo, according to the N1 television channel.

Rio Tinto discovered lithium reserves in the Loznica region in 2006.

The company intends to invest $2.4 billion in the project, according to Vesna Prodanovic, director of Rio Sava, Rio Tinto's sister company in Serbia.