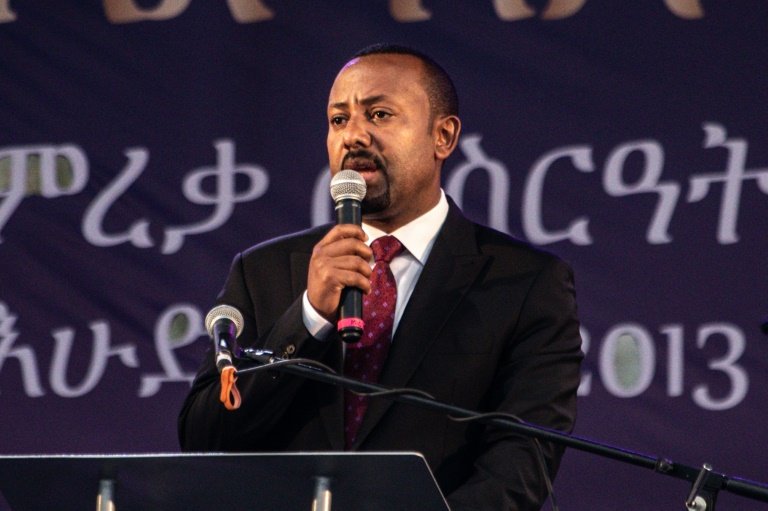 Ethiopian PM Abiy Ahmed vowed Friday to "bury the enemy" in his first message from the battlefront according to state media, as the UN warned the year-long conflict has left millions short of food.

As Tigrayan rebels report major territorial gains, claiming this week to have seized a town just 220 kilometres (135 miles) from Addis Ababa, international alarm over the escalating conflict has deepened, with foreign countries urging their citizens to leave.

State media reported Wednesday that Abiy, a former lieutenant-colonel in the military, had arrived at the front line to lead a counter-offensive against the rebels, handing regular duties to his deputy.

In an interview shown Friday on the state-affiliated Oromia Broadcasting Corporation channel, the 2019 Nobel Peace Prize winner said he was certain of achieving victory against the Tigray People's Liberation Front (TPLF) rebel group. 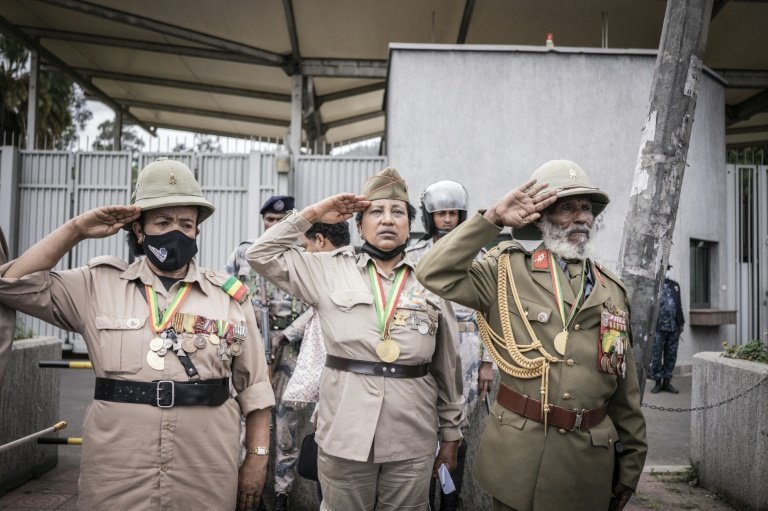 War veterans salute at a rally outside the British embassy in Addis on Thursday. The demonstration was against purported fake news and foreign meddling / © AFP

"Until we bury the enemy... until Ethiopia's independence is confirmed, we won't reverse course. What we want is to see an Ethiopia that stands while we die," he said.

He added that the military had secured control of Kassagita and planned to recapture Chifra district and Burka town in Afar region, which neighbours Tigray, the TPLF's stronghold.

"The enemy doesn't have the standing to compete with us, we will win," he said.

The interview was broadcast hours after the government announced new rules Thursday against sharing information on battlefield outcomes that was not published by official channels, a move that could bring sanctions against journalists.

The war has exacted a huge humanitarian toll, with the UN's World Food Programme (WFP) saying Friday that the number of people requiring food aid in the country's north had surged to more than nine million. 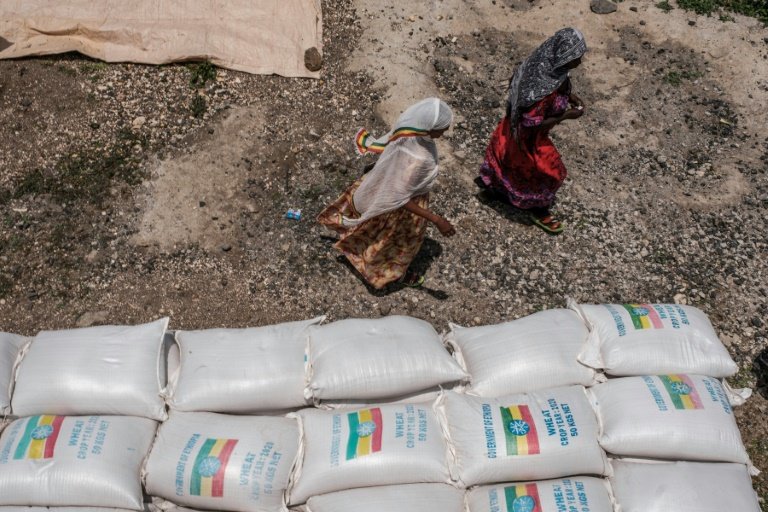 The WFP said the Amhara region has seen the largest jump, with 3.7 million people now in urgent need of humanitarian aid / © AFP/File

Hundreds of thousands are on the brink of famine as aid workers struggle to deliver urgently-needed supplies to desperate populations in Tigray, Amhara and Afar.

The WFP said the situation had sharply deteriorated in recent months, with an estimated 9.4 million people facing hunger "as a direct result of ongoing conflict", compared with around seven million in September.

"Amhara region -– the frontlines of the conflict in Ethiopia -- has seen the largest jump in numbers with 3.7 million people now in urgent need of humanitarian aid," WFP said.

"Of the people across northern Ethiopia in need of assistance, more than 80 percent (7.8 million) of them are behind battle lines."

This week, aid workers were able to distribute food in the Amhara towns of Dessie and Kombolcha for the first time since they were captured by the TPLF nearly a month ago, the WFP said, adding that it was only granted access to its warehouses last week. 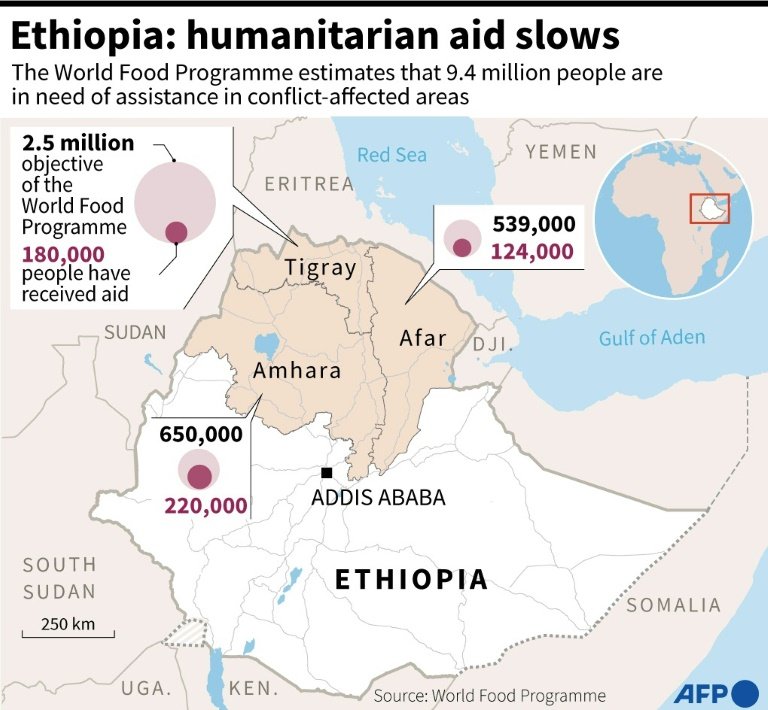 The risk of malnutrition has also increased across the three regions, with screening data showing rates between 16 and 28 percent for children, it said.

"Even more alarmingly, up to 50 percent of pregnant and breastfeeding women screened in Amhara and Tigray were also found to be malnourished."

US Secretary of State Antony Blinken "expressed grave concern about worrying signs of military escalation" in Ethiopia during a telephone conversation with Kenyan President Uhuru Kenyatta on Friday.

He also "emphasised the need to urgently move to negotiations" on the conflict, according to a statement from the State Department.

As the war has dragged on, the government has stepped up its use of air power against the TPLF -- one of the areas where it enjoys a military advantage.

On Friday the TPLF and a hospital official reported two air strikes in Tigray's capital Mekele.

"Still waiting for the casualty report," he said.

Sources told AFP the first strike hit close to the house of a rebel commander and near a hill with an anti-aircraft machine gun.

Much of the conflict-affected zone is under a communications blackout and access for journalists is restricted, making battlefield claims difficult to verify.

Abiy's spokeswoman Billene Seyoum said she had "no information" about any drone strikes in Mekele, which was recaptured by the rebels in June before they expanded into Amhara and Afar.

The war erupted in early November 2020 when Abiy deployed troops into Tigray, bringing to a head a long-simmering row with the TPLF, the region's ruling party.