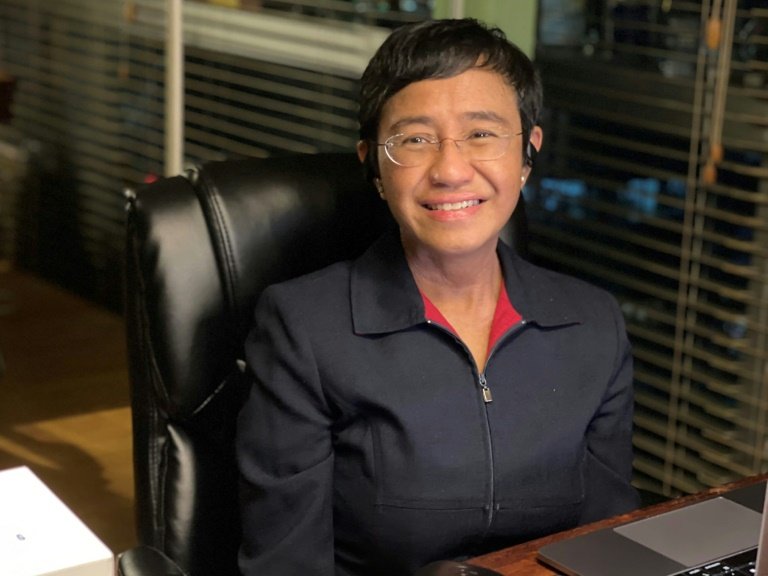 Philippine government lawyers have opposed Nobel Peace Prize winner Maria Ressa going to Oslo next month to collect her award in person, describing the journalist in court documents as "a flight risk".

Ressa, co-founder of news website Rappler, and Russian journalist Dmitry Muratov were awarded the prize in October for their efforts to "safeguard freedom of expression".

The former CNN correspondent, who is on bail pending an appeal against a conviction last year in a cyber libel case, has applied for court approval to travel to Norway for the December 10 ceremony.

But the solicitor general has filed an objection to the Court of Appeals arguing that Ressa's right to travel was "not absolute" and she had not shown a "compelling reason" for going to Oslo, according to a copy of the document seen by AFP on Thursday.

"Her recurring criticisms of the Philippine legal processes in the international community reveal her lack of respect for the judicial system which consequently makes her a flight risk," the solicitor general said in the document dated November 8.

A ruling by the Court of Appeals is pending.

Ressa has been a staunch critic of President Rodrigo Duterte and his government's policies, including a drug war that has killed thousands.

Since Duterte was swept to power in 2016, Ressa and Rappler have endured what media advocates say is a grinding series of criminal charges, investigations and online attacks.

She faces a total of seven court cases, including the appeal against a conviction in the cyber libel case, for which she faces up to six years in prison.

Ressa, who is also a US citizen, is currently in the United States after receiving court approval to travel there.

The Nobel Institute said it was a "disgrace for any nation not to release its citizens to travel to Oslo to receive the Nobel Peace Prize".