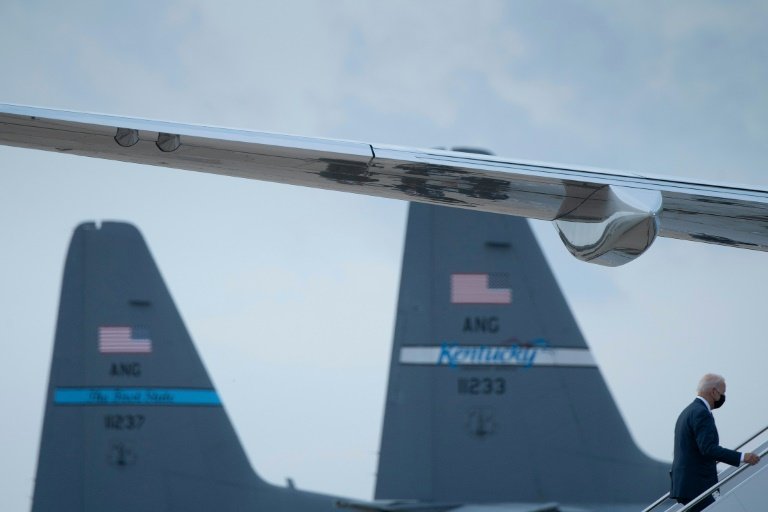 US President Joe Biden heads to Europe, with domestic worries piling up / © AFP/File

President Joe Biden escapes bruising political turmoil at home for the more convivial world of diplomacy at twin summits in Europe this week -- but the experience could be just as frustrating.

To a veteran foreign policy expert like Biden, the G20 summit in Rome on the weekend and the United Nations' COP26 climate summit in Glasgow next Monday and Tuesday should be a respite, if not exactly a Roman holiday.

Instead of battling with his divided Democratic Party or trying to ignore insults thrown at him by embittered ex-president Donald Trump and his Republicans, Biden will rub shoulders largely with friends.

The 78-year-old will have a perfect chance to push his mantra that "America is back."

Yet for a president battling to turn those words into more than a slogan, the expected absences from Rome and Glasgow of Russian leader Vladimir Putin and China's Xi Jinping will make it hard to achieve much. 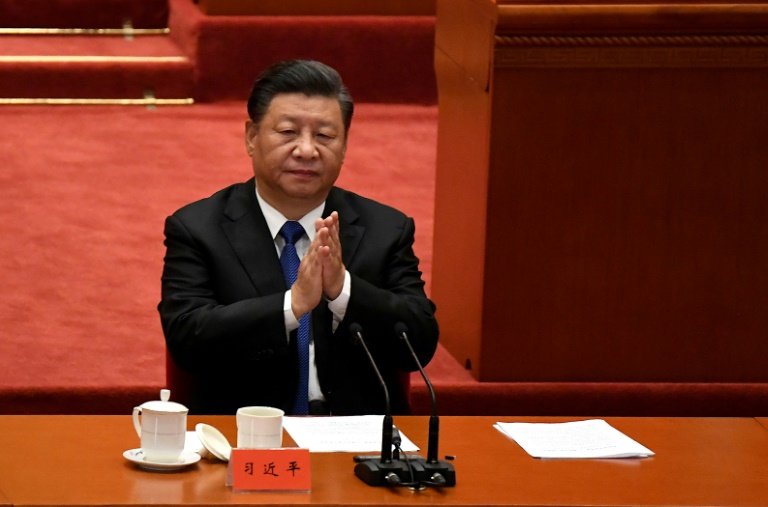 Despite dubbing the US-Chinese relationship the most consequential on the planet, Biden has yet to meet Xi as president. Two phone calls and a planned video summit later this year are the best he can do.

The G20 is usually a forum for bringing members of Western clubs, like NATO and the G7, together with more uncertain allies and even adversaries.

Instead, Biden will be mostly among friends, albeit friends wondering after the traumatic US exit from Afghanistan just how solid that relationship is.

Biden's opening meeting, at the Vatican with Pope Francis on Friday, will see the second Catholic US president join forces with a pontiff sharing much of his politics, whether on the environment or the need to care for the poor.

That same day, Biden will have one of his most closely watched meetings, with French President Emmanuel Macron.

A major spat blew up between Washington and Paris in mid-September over the sudden announcement by Australia that it will acquire US nuclear-powered submarines, ditching an earlier deal for French conventional vessels. 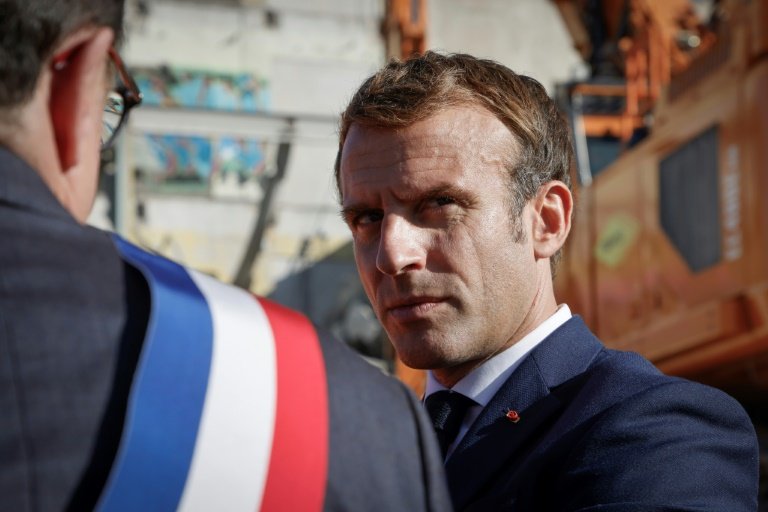 But the Rome meeting will likely underline mostly that the two sides are ready to move on.

And at the big summits, Biden will find himself mostly preaching to the converted, or at least to a sympathetic audience thankful that the man at the microphone is not his bruising predecessor Trump.

He'll point out US leadership in global Covid vaccine donations and press for recognition that despite foot dragging in Congress back home, he has brought the United States back to the table on climate change action.

Biden will also take credit for an OECD-brokered agreement that sets a global minimum corporate tax of 15 percent -- a plan aimed at leveling the playing field for governments competing to attract international corporations.

"After a lot of commentary in recent weeks about the state of the transatlantic relationship, the United States and Europe head into these two summits aligned in, united on the major elements of the global agenda," Sullivan said. 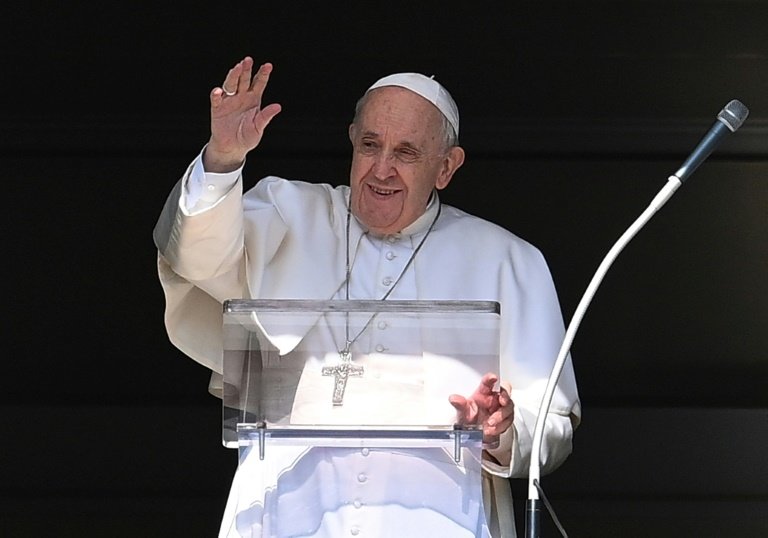 But Biden will not be able to dodge the specter of domestic woes threatening to undermine his credibility abroad.

When Air Force One lifts off on Thursday, Biden likely still won't know whether his Democrats are going to give him a win on trillions of dollars in infrastructure and social spending.

If the party comes through, maybe even in the next few days, Biden will be bolstered.

Failure, however, would be catastrophic for a president only nine months into his first term, knocking a hole in his argument that democracies need to show they can compete with single-minded autocracies like China. 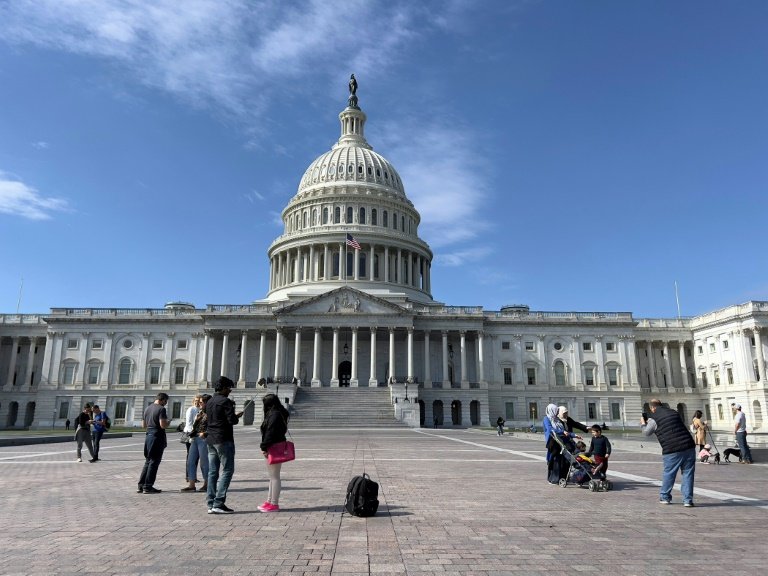 Democrats only have a narrow hold on Congress, where Biden is battling to get major spending packages passed / © AFP/File

Also hanging over Biden's head as he crosses the Atlantic is the tense Virginia governor's election next Tuesday -- the day he flies home.

A Republican is running neck and neck with the Democratic candidate in a state where Biden won by 10 percentage points against Trump last year.

It's just one state. But losing there would trigger humiliating reviews for Biden, who took time out before his Europe trip to campaign for the Democrat on Tuesday, and signal broader party losses in the 2022 midterms, leaving Biden weaker still.