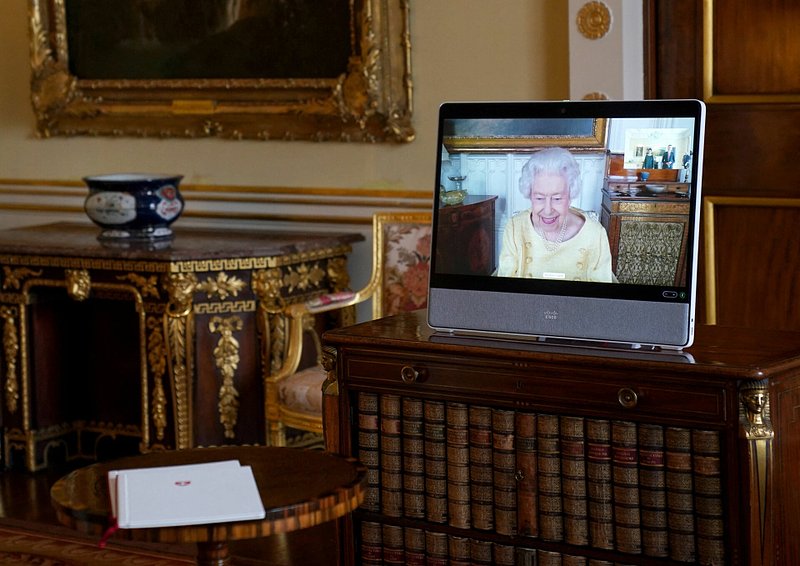 Britain's Queen Elizabeth II appears on a screen via videolink from Windsor Castle, during a virtual audience, at Buckingham Palace in London on October 26, 2021. / © AFP

The 95-year-old monarch's overnight hospital stay, which royal officials said was for practical reasons following "some preliminary investigations", has raised fears over her health, given her age.

She has also been seen using a walking stick for the first time at a major public event.

The Queen, who is currently living at Windsor Castle, held video calls to receive new ambassadors from South Korea and Switzerland, Buckingham Palace said in a statement Tuesday.

She was shown smiling as she spoke on a screen, wearing a yellow dress and pearls.

Her last public event before that was a busy Windsor Castle evening reception for attendees of the government's global investment summit on October 19.

Doctors subsequently ordered her to rest and she cancelled a visit to Northern Ireland later in the week. She then went to hospital for tests and stayed overnight.

The head of state, who has been on the throne since 1952 and is Britain's longest-serving monarch, was said to be back at her desk on the afternoon of October 21, undertaking some light work.

She is due to attend events in Scotland next week for the COP26 international climate summit.