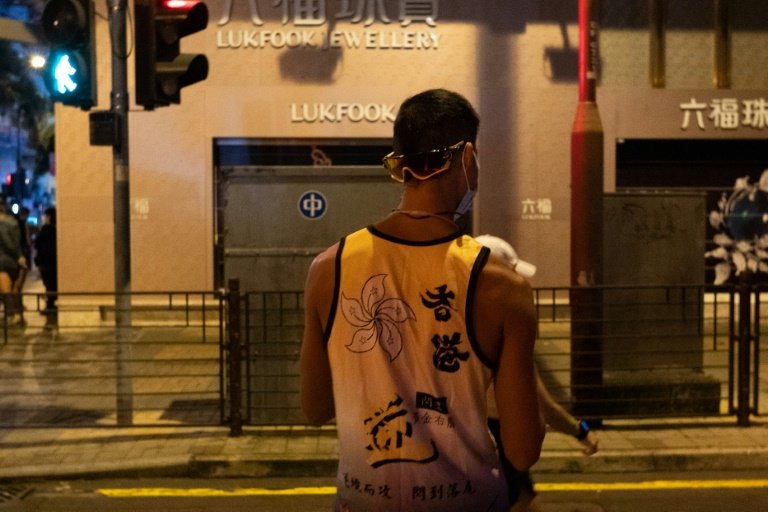 Hong Kong Marathon participants ran into trouble Sunday over clothes -- and even a tattoo -- that bore a Cantonese slogan popular with the city's pro-democracy movement, local media reported.

Some runners told local news outlets that they were ordered to change or cover up clothing that read "Hong Kong, Add Oil!"

The slogan was widely adopted by demonstrators at the large and often violent pro-democracy protests that shook the city in 2019 and infuriated China.

Organisers had warned ahead of the race that political slogans would not be tolerated, and when around 15,000 runners turned up on Sunday, some were told they could not start if they bore the slogan, according to local media reports.

One woman told CitizenNews that she was escorted to a booth by police during a security check and told she was wearing a "political outfit" -- her shorts had "Hong Kong, Add Oil!" on them.

A man told HK01, another local outlet, that after intervention by police officers, marathon staff told him to remove his shirt that had the slogan on it and run in his blazer.

Another participant who had the phrase tattooed on his leg was left with plastic tape covering the text, HK01 added.

"This is a sports event and we do not wish to see any political element," William Ko, the marathon organising committee's chair, said at a press conference after the race.

He did not elaborate on why the slogan -- which pre-dates the 2019 protests -- was problematic.

"Add Oil" is a ubiquitous phrase of encouragement used across Chinese languages and cultures. 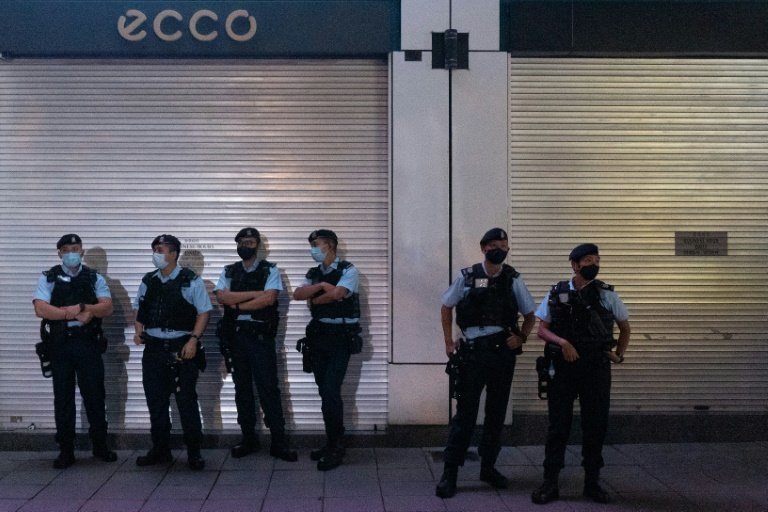 A parent might shout it at a child's sports day, or before they take an exam. Someone might use it to urge a friend to keep pressing on at a time of adversity.

Hong Kong police did not directly address the reports involving the slogan, in response to an AFP query.

"If the event organiser encounters situations that damage social peace and violate the law, they can seek help from police. During this event, police did not receive any reports," the force said in a statement.

Beijing moved to suppress the democracy protests in Hong Kong, imposing a sweeping national security law in 2020 that outlawed much dissent.

Critics of the crackdown, including many Western powers, say it has eviscerated China's promise that Hong Kong could maintain certain freedoms and instead turned the city into a mirror of the authoritarian mainland.

Beijing has said it imposed the national security law to restore order and security.