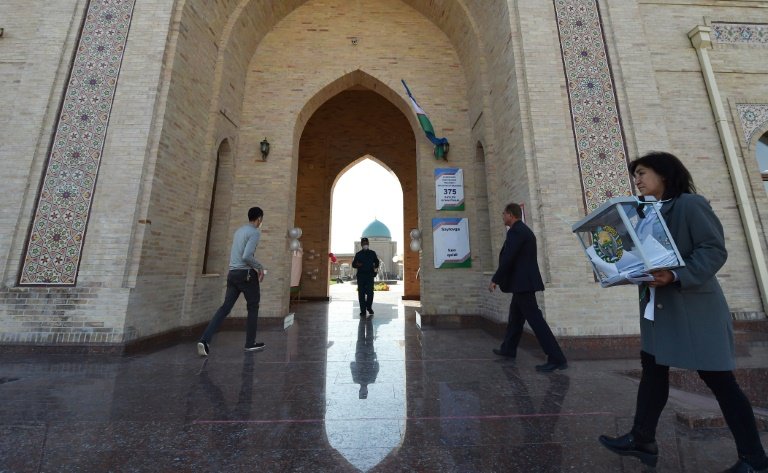 Ballot-counting was underway Sunday in a presidential election where incumbent Shavkat Mirziyoyev faces no real opposition as he champions reforms in the Central Asian country while maintaining its authoritarian foundations.

Mirziyoyev has been credited for launching what he calls a "New Uzbekistan", ending a decades-old system of forced labour with roots in the former Soviet Union and introducing limited media freedoms. 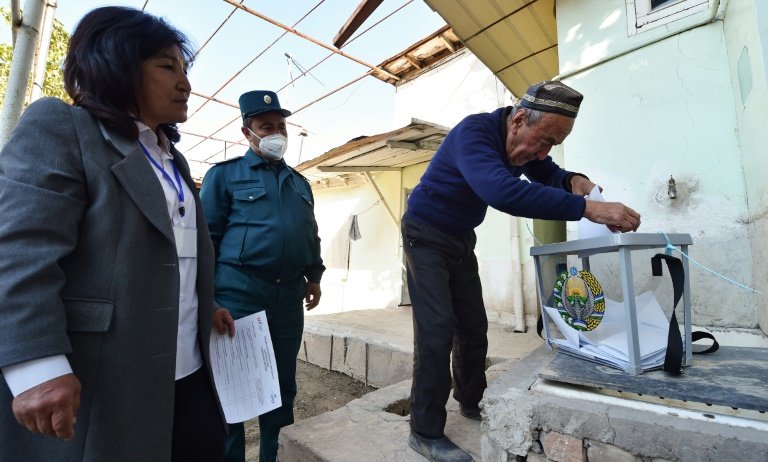 The former prime minister came to power in 2016 after the death of his mentor, dictator Islam Karimov, who ruled Uzbekistan for 27 years.

Mirziyoyev presided over an unprecedented boom in foreign tourism in the country that borders Taliban-controlled Afghanistan and counts China and Russia among its partners.

But as his first term ends, the 64-year-old president is struggling to counter impressions that his government is sliding back toward the habits of his long-reigning predecessor.

The last two years have seen a crackdown on dissent, rights groups said, particularly on internet freedoms that bloomed after 2016.

The effects of the Covid-19 pandemic have also blunted his initial economic achievements, with unemployment rife amid sharp rises in living costs. 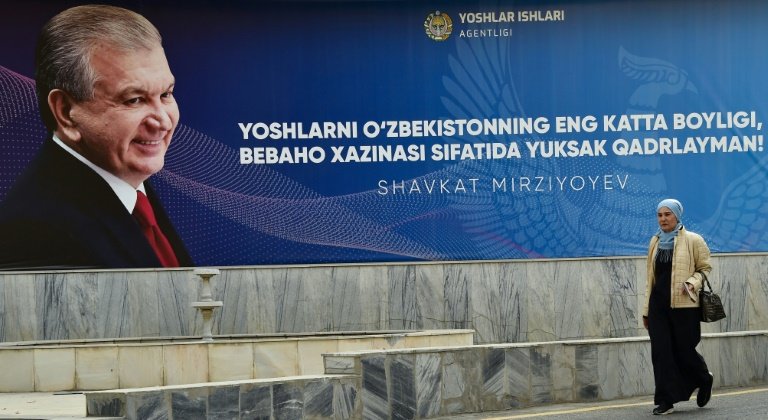 And Mirziyoyev has sidestepped reforms that would allow competition to his rule.

He faces four regime-loyal opponents plucked from parties in the rubber-stamp parliament in his bid to secure a second five-year term.

A would-be independent challenger, academic Khidirnazar Allakulov, fell at the first hurdle after failing to register a party that could nominate him.

Human Rights Watch said this month that officials "harassed (Allakulov's) party supporters and interfered in their efforts to collect signatures for registration". 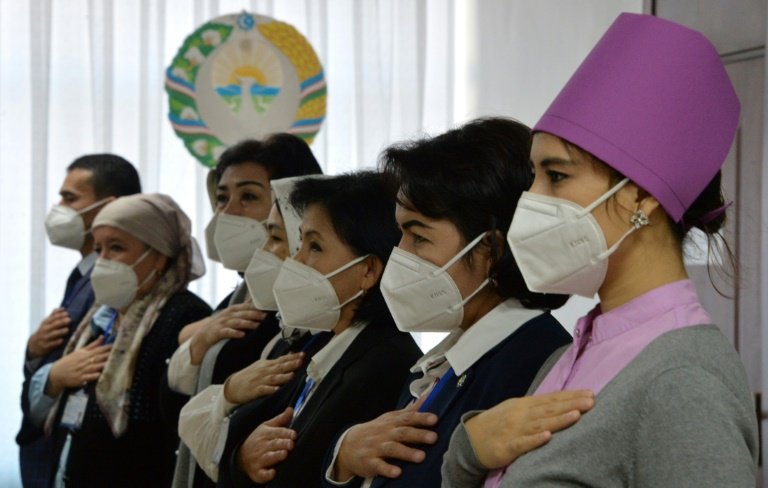 Voting across the landlocked country of 34 million people began at 8:00 am local time / © AFP

"The word opponent is contradictory here. None of the (other four) candidates honestly think they can become president," he told AFP.

But for many in Tashkent, poverty rather than rights is the issue of the day.

"There are a lot of poor and homeless people. We need to find housing for people," said Sardor, a 26-year-old money-changer at the city's Chorsu market who is voting for Mirziyoyev.

"I hope he will help solve these problems."

Preliminary results are expected on Sunday night or Monday at the latest.

Mirziyoyev cast his own vote at a polling station on Tashkent's outskirts where he appeared alongside wife Ziroatkhon Hoshimova and their three children. 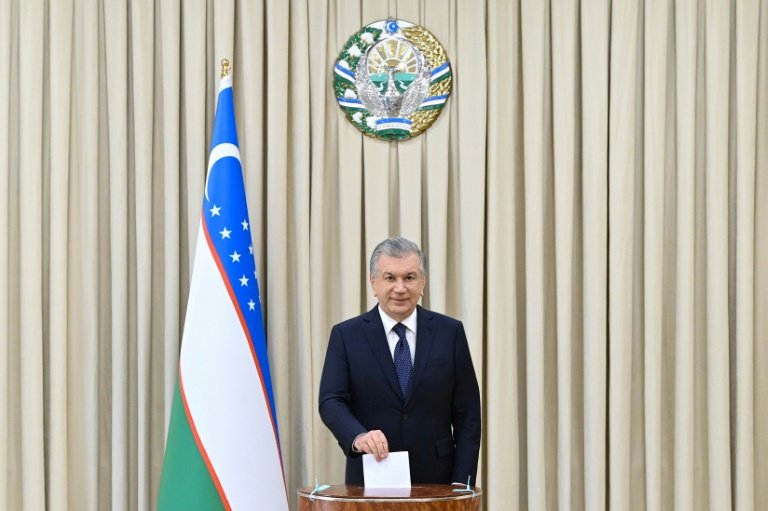 He smiled as he posed for photographs before dropping his vote in the ballot box. He did not address the media.

Prolonged isolation under Karimov meant that commodity-rich Uzbekistan fell well short of its economic potential for most of independence.

It is against the founding president's brutal rule that the successes of Mirziyoyev's reforms have been judged.

His public disavowal of torture and campaign to clean up mass forced labour in cotton fields -- where thousands of schoolchildren once toiled alongside their teachers -- gained international praise. 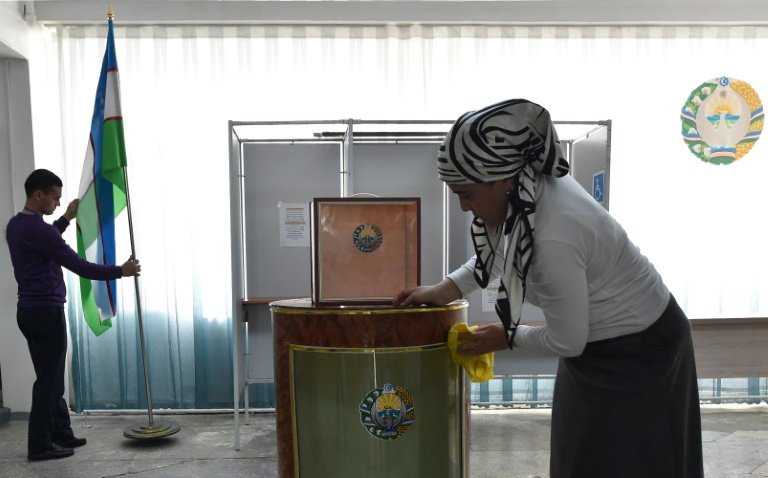 Zera, a 55-year-old woman who cast her vote at a high school in the capital Tashkent on Sunday, said she backed Mirziyoyev.

But she was worried about the situation over the border in Afghanistan, where the president has taken a pragmatic, trade-first approach to the Taliban takeover.

"The whole world warred with them and nothing good came of it. Can we be their friends? I am not sure," she told AFP, only giving her first name.

Other voters in the capital Tashkent wanted authorities to do more to develop the country's rural regions.

"In the capital, people have water, gas, electricity. In the provinces, unfortunately, there is a lack of this," Alexander Rakhmonov, a 28-year-old energy sector employee who also backed Mirziyoyev, told AFP.