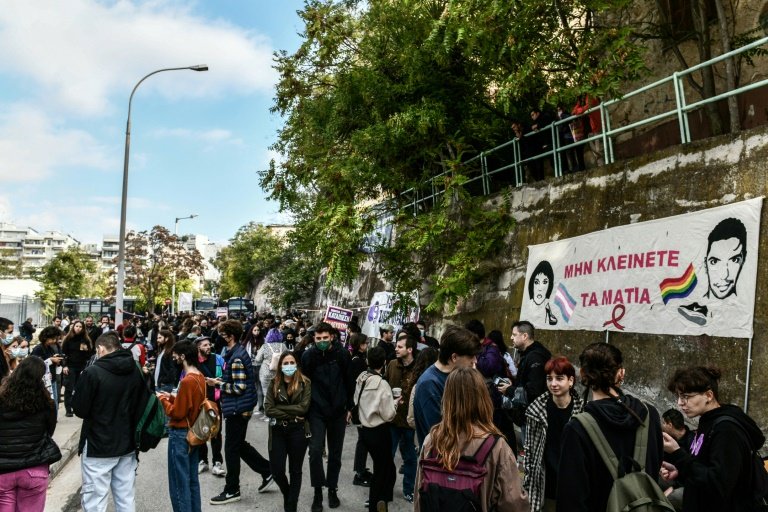 The brutal killing of a prominent Greek-American HIV activist in Athens three years ago was a "hate crime", the victim's family said Wednesday as six defendants went on trial in what the LGBTQ community considers an important case for gay rights in the country.

The defendants, who include two police officers, face up to 10 years in prison if convicted over the fatal beating of 33-year-old Zacharias Kostopoulos on September 21, 2018 in central Athens.

Proceedings were initially delayed after one of the defendants -- the owner of a jewellery store -- failed to turn up, and in the presence of more than 40 witnesses who will be called by the prosecution during the trial, a judicial source told AFP.

Kostopoulos, who went by his artistic name "Zak / Zackie Oh", was an HIV-positive drag queen and advocate for the rights of the LGBTQ community and HIV-positive people when he died in a rundown part of the Greek capital at the age of 33.

On Wednesday, the first witness to testify was the victim's brother, Nikos Kostopoulos, who described the attack as a "hate crime".

His father, Efthymios Kostopoulos, testified that Zacharias was killed in a "vengeful" attack for being different, an AFP reporter said. He was reportedly known in the area at the time as a gay activist.

All six defendants, who have been out pending trial, are accused of causing "fatal bodily harm," but Kostopoulos' family wants the men to be charged with homicide.

The men insisted Wednesday that they were "categorically innocent".

For reasons that remain unclear, Kostopoulos found himself locked inside a jewellery store on the day of his death. As he tried to break out, he was beaten by two men -- the owner of the store and a neighbour -- according to a video posted on social media at the time.

Believing a robbery was in progress, police officers arriving at the scene also beat and handcuffed him as he lay bleeding on the pavement, the video showed.

He was pronounced dead a few hours later at the hospital.

The youth wing of the Greek Communist party on Wednesday attributed the killing to "social discrimination" that produces "homophobia (and) racism."

The defence counter that Kostopoulos was handcuffed by police after picking up a shard of broken glass and threatening an emergency health responder who had bandaged his head moments earlier.

"What were we supposed to do? Not handcuff him? Where is the 'intention to kill' when you try to disarm" someone, one of the police officer's lawyers, Evita Varela, told the judges and the jury. 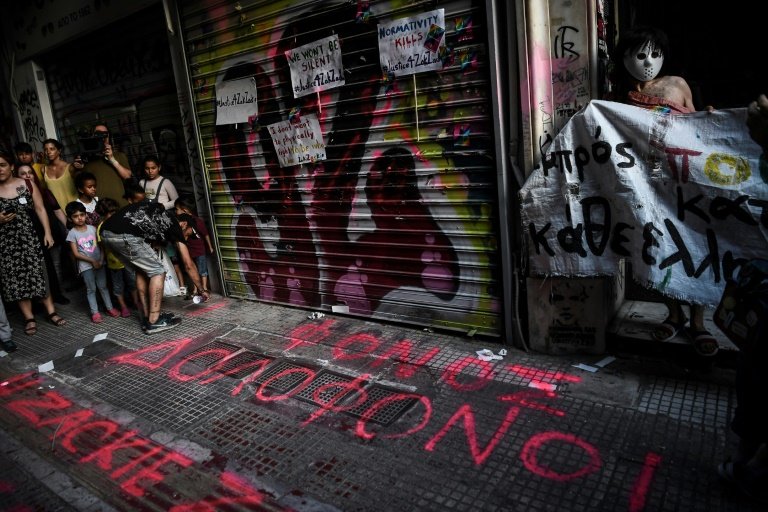 The long-awaited trial barely started in October 2020 when it was interrupted by procedural issues related to anti-coronavirus measures.

On Wednesday, the victim's mother also testified before the trial was adjourned again to November 9.

Supporters of Kostopoulos staged a protest outside the courthouse with opposition parties sending representatives.

Observers from Amnesty International, another justice group monitoring the trial and a representative of the Greek LGBTQ community are in attendance, state news agency ANA said.

Amnesty International has called Kostopoulos' death an "assassination" and pointed to homophobic bias in early Greek media reports about the case.

Amnesty this week said the victim and his family had been subjected to "stigmatisation, prejudice and hateful rhetoric" even after his death.

Homophobic attacks are not uncommon in Greece, where the powerful Greek Orthodox Church officially disapproves of homosexual relations and the civil union of same-sex couples was only approved by parliament in 2015.

Petty crime is rife in the area where the killing occurred, and the jewellery store owner later claimed he had been burgled three times in the past, and thought Kostopoulos was armed.