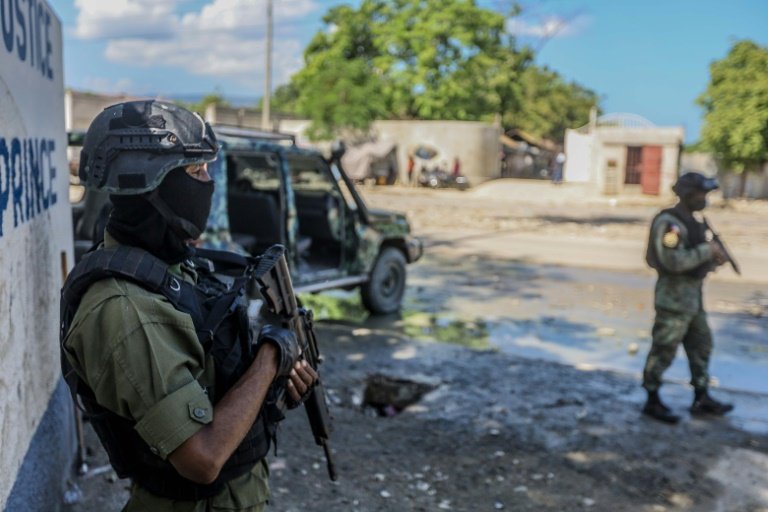 The United Nations Security Council extended the UN mission in Haiti by nine months on Friday after an 11th-hour compromise was struck between western powers and China.

The council passed a resolution extending the mandate by less than the one-year that the United States had sought but more than the six months Beijing wanted.

The proposal was passed unanimously by 15 votes to zero.

Haiti is currently in the grip of a deep political, economic, social and security crisis.

It has not had a sitting parliament for more than a year and a half amid disputes, with the country put under one-man rule by president Jovenel Moise, who was assassinated in July.

Beijing had signaled it would veto a US draft extending the mandate by a year.

China had drafted its own text proposing a six-month extension before Friday's latest iteration was agreed.

In the end, they agreed on nine months with a provision that the Secretary General would conduct an assessment after six months.

"BINUH" was established in October 2019 following the end of 15 years of UN peacekeeping operations and has been a frequent source of contention between Washington and Beijing.

China has frequently said that there should be no external solutions to Haiti's problems but UN diplomats say it wants to punish Haiti for its recognition of Taiwan.

Earlier this month, the UN Security Council accepted that Haiti's elections will be delayed until the second half of 2022.

The United States, the most influential foreign player in Haiti, had earlier pushed for elections to go ahead this year to restore democratic legitimacy amid a power vacuum.

Haiti's troubles, including a devastating earthquake, have led tens of thousands to flee, with images of horseback US border guards roughly rounding up Haitians generating outrage in the United States.