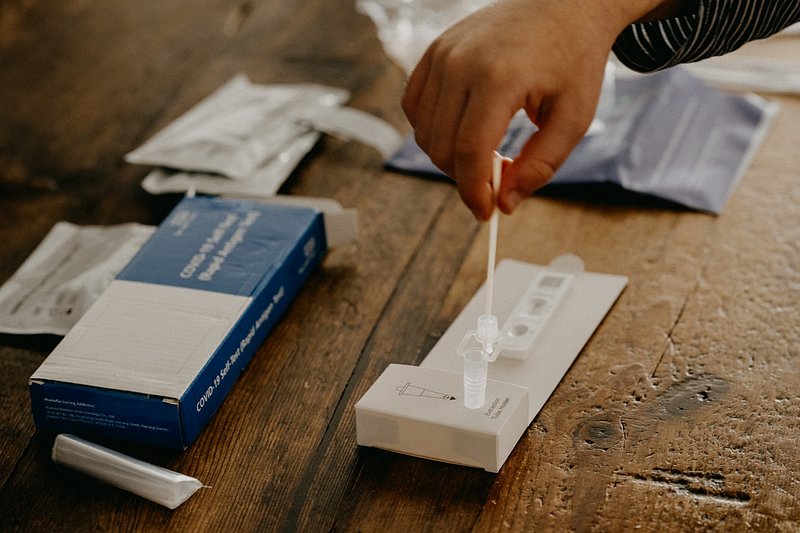 With France set to join Germany in charging for Covid tests in a bid to ramp up vaccinations, we look at how much they cost across Europe.

While some countries are keeping tests free, others are ramping up the price.

In an announcement made in early September, Xavier Bettel and Paulette Lenert states that all eligible residents had had the chance to get the vaccine and that free testing would be ended as of mid-September.

Up until 31 December, vouchers can be redeemed at government-selected laboratories for those that require a test and cannot be vaccinated. Children between the ages of 6 and 11 will automatically be sent five vouchers, in addition to testing opportunities in schools.

Those over 11 who should not be vaccinated for medical reasons can make a request to the Health Directorate to get these five vouchers.

Students who need PCR tests to go to university abroad can make a request for such vouchers through the student association ACEL.

Tests are free for all in both countries.

Tests are free for all, apart from those needing tests to travel.

People making trips out of the Netherlands have to fork out 34 to 45 euros for an antigen test and 74 to 100 euros for a PCR test.

In Ireland the cost of travel tests is variable.

Both countries had until this week allowed people to get free tests, with a limit of one per week.

Since Monday antigen tests now cost between 12 and 15 euros in Germany and PCR tests between 60 and 120 euros, according to prices in Berlin and Brandenburg.

They are still free, however, for children under 12, people who cannot be vaccinated for medical reasons and for those who need a test to be released from quarantine after having Covid.

Teenagers and pregnant women, who have until December 31 to get vaccinated, are also allowed free tests till the end of the year.

In France tests will no longer be free from Friday. Nevertheless, tests will be reimbursed if taken for medical reasons and they remain free for minors.

Non-vaccinated adults will have to pay around 44 euros for a PCR test and 25 euros for an antigen one.

Free testing ended in Greece mid-September in a bid to speed up vaccinations. The price of rapid tests is set at 10 euros. Primary and secondary school pupils are entitled to free self-testing kits.

PCR tests from the National Health Service are free for people with symptoms, for those who have had a positive antigen test result, or have been in contact with someone who has the virus.

Antigen tests in the country are free in pharmacies and test centres, and it is also possible to have them delivered by courier at no cost.

But for those who do not qualify, the cost of tests has come down to 79 pounds (93 euros) at pharmacies compared with the 120 pounds it cost last December.

The high cost of tests caused widespread anger in the country, and in late August the government clamped down on test providers.

Except for some Red Cross centres where tests are free, antigen tests cost between 15 and 50 euros with PCR tests costing up to 100 euros.

Only those people who are exempt for health reasons from the vaccine pass, which all workers must have from Friday, are entitled to free tests.

Both countries offer free PCR tests when a medical prescription is provided.

Without a prescription. PCR tests in Croatia cost from 52 to 93 euros and 13 to 27 euros for an antigen test.

In Spain a PCR test costs 60 to 180 euros and 25 to 50 euros for an antigen test. Free antigen tests without prescription are available in test centres in some Spanish regions.

For those with symptoms, tests are free in test centres.

Prices can drop to one euro however for tests carried out for being a contact case.

Free tests are available from the public health service to people who think they may be infected. For non-residents and travellers however, tests cost between 120 and 200 euros.
Most read
More news