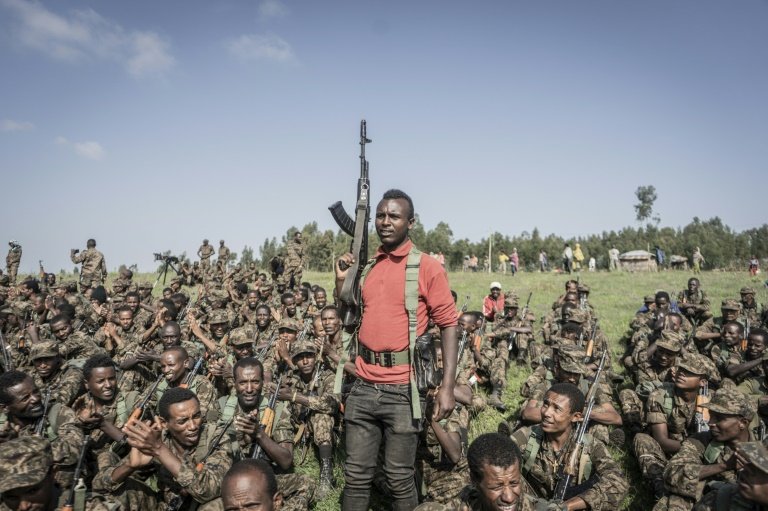 Fighting has resumed in northern Ethiopia's Afar region after a month-long lull, humanitarian and rebel sources told AFP Wednesday, as the government appeared to be pressing a new offensive.

There were reports of an armed clash Tuesday in the town of Awra, in Afar's Fenti zone, including use of heavy weapons by the Tigray People's Liberation Front (TPLF) that killed multiple civilians, the humanitarian sources said.

TPLF spokesman Getachew Reda denied claims the rebels had used heavy weapons against civilians but confirmed there had been fresh hostilities in Afar.

"Enemy forces are crumbling and in disarray in parts of Afar," he said, describing fighting along the border between Afar and Amhara regions.

"We do not target civilians and the alleged artillery attack is yet another [fictitious] accusation to tarnish our forces' reputation."

For nearly a week humanitarian and rebel sources have been reporting signs of a government offensive that could potentially mark a new phase of the 11-month-old war in northern Ethiopia.

Officials have not explicitly confirmed the offensive is under way, though Prime Minister Abiy Ahmed's office said this week the government had "a responsibility to protect its citizens in all parts of the country from any acts of terrorism".

Fighting broke out last November in Ethiopia's northernmost Tigray region after Abiy sent troops to topple the TPLF, which dominated national politics before he took office in 2018.

The 2019 Nobel Peace laureate said the move came in response to TPLF attacks on army camps.

Government forces swiftly drove the TPLF from Tigray's cities and towns, but the rebels retook most of the region including its capital Mekele by late June. 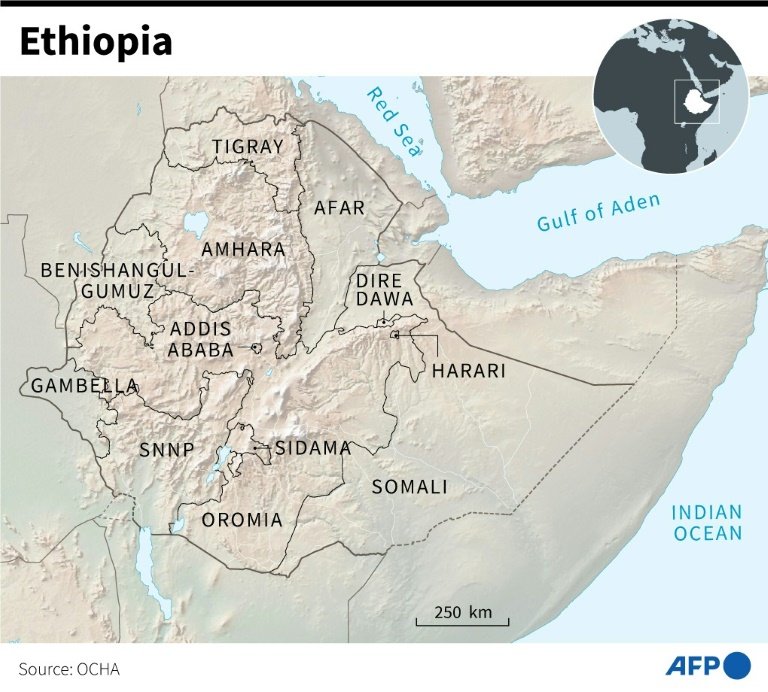 Map of Ethiopia and its regions / © AFP/File

In July the TPLF pushed into the neighbouring Afar and Amhara regions, a move it said was intended to prevent government forces from regrouping and to break what it describes as a humanitarian siege of Tigray, where the UN estimates hundreds of thousands face famine-like conditions.

Last month Abiy's office said the TPLF had "suffered great losses" and been "routed" from Afar, while the TPLF said it had merely withdrawn troops from the region to focus on other fronts including in Amhara.

Afar -- currently home to the only functional land route by which humanitarian aid can enter Tigray -- had been largely quiet since then.

Getachew said Wednesday that the TPLF's current military objective is to "push back the offensive and go as far as it takes to break the siege on the people of Tigray."

"The de-facto blockade of Tigray is preventing us from getting aid to people in desperate need," he told a press conference in Geneva, adding that "the lives of millions of people are at stake".

"The conflict has devastated Tigray's healthcare system and no supplies of medicine have been allowed into the region since July," he added.

The war has soured relations between Ethiopia and Western powers, including the United States, long a critical ally.

A State Department spokesperson told AFP this week that Washington was "considering the full range of tools at our disposal to address the worsening crisis in northern Ethiopia." 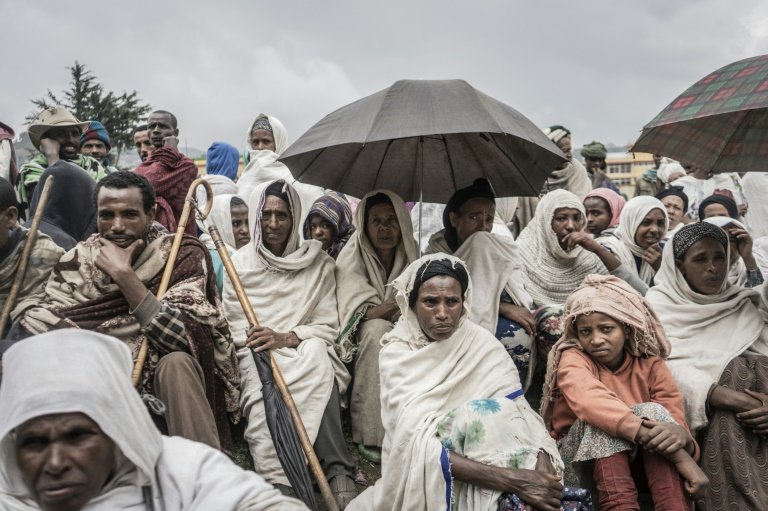 The conflict in Tigray has unleashed a major humanitarian crisis / © AFP

These measures include "targeted economic sanctions to hold accountable those responsible for, or complicit in, prolonging the conflict, obstructing humanitarian access, or preventing a ceasefire, while mitigating unintended effects on the people of Ethiopia and the wider region."

On Tuesday the US, the EU, France, Germany and the UK called on all parties "to immediately end abuses and enter into negotiations toward a ceasefire."

Samantha Power, administrator of the US Agency for International Development (USAID), said in a separate statement Tuesday that Addis Ababa needed to restore basic services like banking and communications to Tigray.

She also said the US and other partners had discussed "expanding air operations to deliver relief supplies directly to the region," something Abiy's government has so far resisted, insisting that supplies flown into Tigray go via Addis Ababa.